"Ajit Pai will go down in history as one of the most corrupt government officials of the century," said one critic 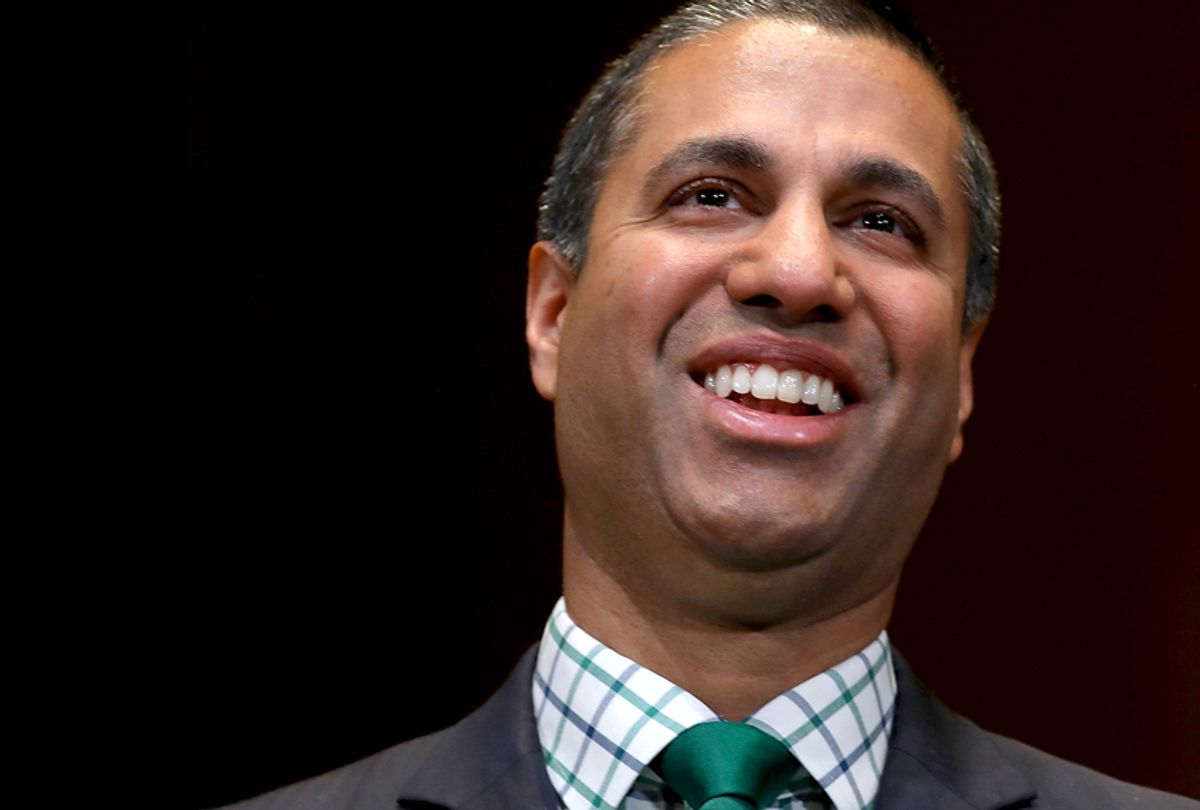 "Ajit Pai will go down in history as one of the most corrupt government officials of the century," Fight for the Future deputy director Evan Greer said in a statement. "His callous attack on net neutrality and blatant coddling of Big Telecom monopolies sparked the largest cross-partisan online backlash in the modern era. As he fades into the background, his smug demeanor and giant Reese's mug will become cautionary memes—reminding internet users what happens when we don't hold our government accountable."

While Pai said in his announcement (pdf) that "it has been the honor of a lifetime" to lead the commission, he was arguably the most controversial chairperson in the FCC's 86-year history. He is best known for leading the successful push to overturn net neutrality rules in 2017, a move that former FCC Commissioner Mignon Clyburn at the time likened to "handing the keys to the internet to a handful of multi-billion dollar corporations." In 2018, Pai was also investigated by his own agency for alleged corruption in connection with his deregulatory blitz.

While the Pai-led effort to kill net neutrality may soon be overturned after Democrats regain a 3-2 majority on the commission, his shepherding of the T-Mobile-Sprint megamerger—for which he was accused of betraying the public interest in service of major corporations—will be much more difficult  to reverse.

It will now be up to President-elect Joe Biden to decide whether to promote one of the two Democrats serving on the commission—Jessica Rosenworcel or Geoffrey Starks—to become chair or find someone new to fill the top spot.

Pai's departure cannot come soon enough. We are in the middle of a crushing pandemic. Hundreds of millions of people are working from home and sending their kids to school online. Comcast just announced plans to re-impose arbitrary data caps. Kids are sitting outside Taco Bell to do their homework. We desperately need a functional FCC that will quickly repair the damage done by Ajit Pai and get to work protecting the public from ISP abuses.

Matt Wood, vice president for policy and senior counsel at Free Press, said in a statement that "the entire premise of Pai's failed chairmanship is a lie."

"He claims that his radical deregulatory agenda spurred broadband improvements and closed the digital divide," Wood continued. "None of these claims are remotely true. While Pai hangs out the 'mission accomplished' banner, the stark reality is that nearly 80 million people in America still lack adequate broadband at home, with Black, Brown, and Indigenous people disproportionately disconnected."

"That gaping digital divide remains, and Pai's done nothing to close it—even during the ongoing pandemic that's made essential internet connections that much more vital," he added. "There's little positive to say about four years of wasted opportunities and bluster from this failed chairman. But saying good riddance today is an opportunity to turn the page and get back to the serious work the FCC ignored while Pai ran it."