Rian Johnson considered using Anakin Skywalker in "The Last Jedi," but it was too complicated

Hayden Christensen and Mark Hamill almost came face to face in "Star Wars," but the meeting wasn't meant to be 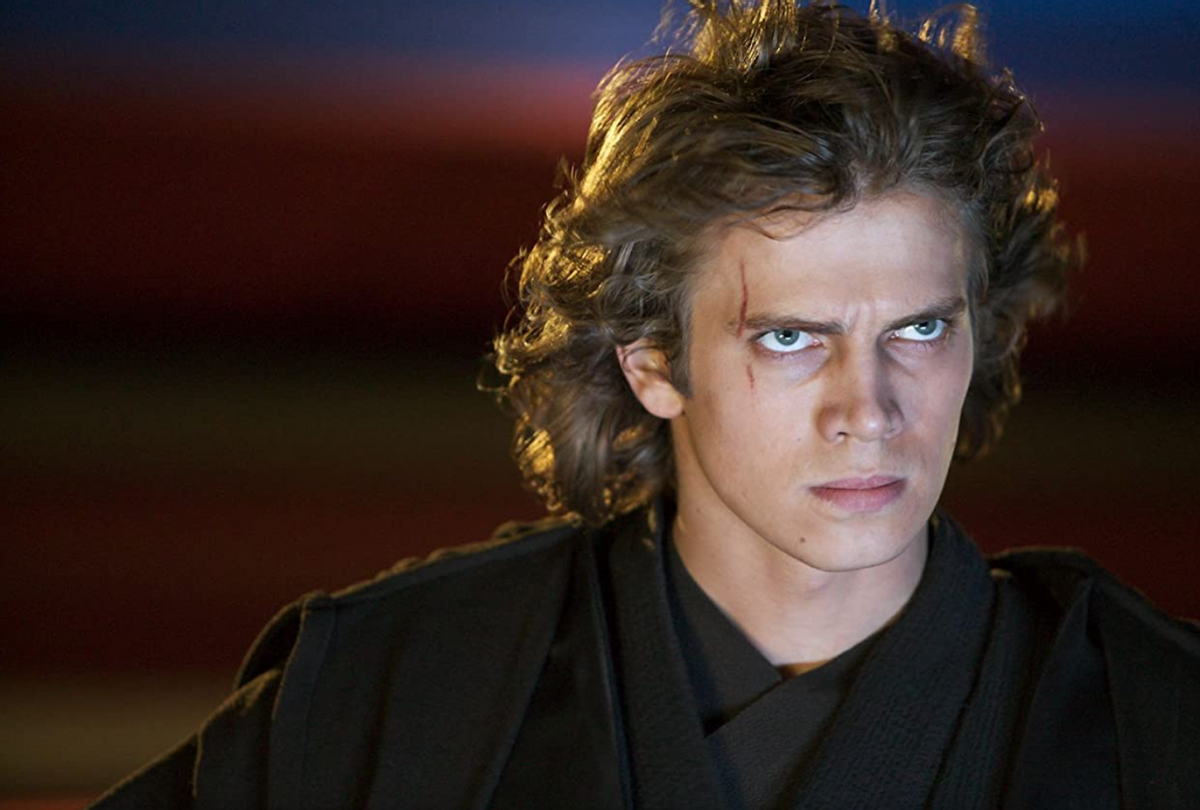 In a different galaxy, Hayden Christensen's Anakin Skywalker and Mark Hamill's Luke Skywalker could have come face to face in "Star Wars: The Last Jedi." Writer-director Rian Johnson revealed to fans on social media that he briefly considered adding the Force ghost of Anakin to his "Star Wars" sequel in a scene that would mark Christensen and Hamill's first onscreen appearance together in the space franchise.

When asked by a fan if he ever considered using Anakin in "The Last Jedi," Johnson tweeted in response, "Briefly for the tree burning scene, but Luke's relationship was with Vader not really Anakin, which seemed like it would complicate things more than that moment allowed. Yoda felt like the more impactful teacher for that moment."

The scene in question finds Luke preparing to burn down the Jedi library on the island of Ahch-To. The character is mentored by the Force ghost of Yoda, who destroys the library himself and encourages Luke to learn from his past failures and join Rey in the Resistance's fight against the First Order. Yoda's appearance was kept secret prior to the release of "The Last Jedi."

Johnson makes a good point, as subbing in Anakin for Yoda could have rung emotionally hollow considering Christensen and Hamill never established an onscreen relationship in "Star Wars." The surprise of seeing Hamill acting opposite Yoda 37 years after the two first appeared together in "The Empire Strikes Back" gives the Force ghost mentorship scene in "The Last Jedi" a nostalgic power that would've been lacking had the same moment featured Hamill and Christensen.

Per Johnson's response, Anakin was only considered for an appearance opposite Luke in "The Last Jedi" and not opposite Rey (Daisy Ridley). Christensen ended up appearing in the "Star Wars" sequel trilogy at a later date, albeit in an unconventional way. Anakin's voice is one of the several Jedi voices that reach out to Rey during the climax of "The Rise of Skywalker," but only Christensen's voice is featured.

Both "The Last Jedi" and "The Rise of Skywalker" are now streaming on Disney+.