"For a company with the slogan 'don't be evil,' the findings are pretty damning." 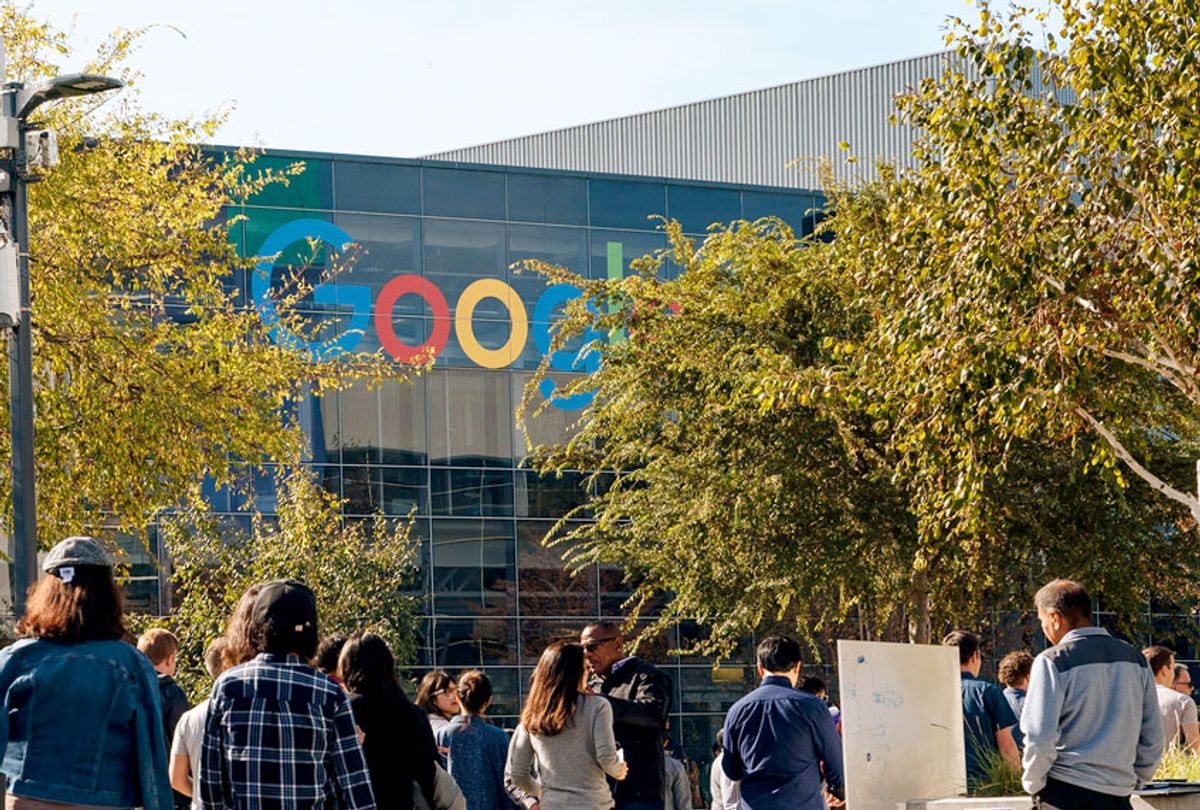 Google repeatedly violated U.S. labor law when it spied on, probed, and terminated employees engaged in worker organizing in 2019, according to a complaint filed by the National Labor Relations Board on Wednesday.

In its complaint (pdf), the NLRB alleges that Google was "interfering with, restraining, and coercing employees in the exercise of their rights guaranteed in Section 7" of the National Labor Relations Act.

As The Guardian reported Wednesday:

The complaint was filed on Wednesday following a year-long investigation launched by terminated employees who filed a petition with the board in 2019, after hundreds of Google employees carried out internal protests and public demonstrations against Google's work with U.S. Customs and Border Protection. This came after a huge walkout in 2018 over the company's handling of sexual harassment allegations. The Communications Workers of America union helped author the workers' charges.

Laurence Berland is one of the workers fired in November 2019 while trying to draw his coworkers' attention to and organize opposition to Google's ongoing efforts to work with IRI Consultants, a firm notorious for its anti-union agenda.

Berland on Wednesday called Google's hiring of IRI "an unambiguous declaration that management will no longer tolerate worker organizing."

"Management and their union-busting cronies wanted to send that message," Berland said, "and the NLRB is now sending their own message: worker organizing is protected by law."

Kathryn Spiers—another former Google engineer fired by the technology giant last year after she created a pop-up message informing company employees who visited IRI's website of their "right to participate in protected concerted activities"—said the NLRB "found that I was illegally terminated for trying to help my colleagues," though that can't undo the harm done to her reputation.

"Colleagues and strangers believe I abused my role because of lies told by Google management while they were retaliating against me," she said.

When Google dismissed Berland and Spiers, the company claimed "repeated violations of our data security policies." But the NLRB complaint noted that "several of Google's policies that prohibited workers from viewing internal documents were unlawful and selectively enforced," as the New York Times reported Wednesday.

According to Alan Hyde, a professor at Rutgers Law School specializing in labor law, Google appears to have acted "as if labor laws didn't apply to them and they could treat employees any way they like."

"For a company with the slogan 'don't be evil,' the findings are pretty damning," tweeted labor journalist Lauren Kaori Gurley.

As Bloomberg's Josh Eidelson and Mark Bergen reported Wednesday, the NLRB's complaint accuses the company of "violating the New Deal law that protects employees' right to engage in collective action about workplace issues, including non-union workers like Google's... Google broke the law by questioning and terminating employees because of their activism, maintaining rules restricting legally protected organizing, and enforcing other rules in a discriminatory manner."

The Hill reported Wednesday that while the NLRB determined that Berland and Spiers' efforts to share information about work-related grievances with colleagues via internal communication tools and to remind workers of their rights "were not grounds for retaliation," Google has "defended the firings, arguing that the two workers had violated company policy."

"We strongly support the rights our employees have in the workplace, and open discussion and respectful debate have always been part of Google," a company spokesperson said. "We're proud of our culture and committed to defending it against attempts by individuals to deliberately undermine it—including by violating security policies and internal systems."

Although the NLRB found that the Berland and Spiers' organizing efforts were lawful and that Google had violated their rights, the agency "did not include in its complaint other Google employees who were terminated," MarketWatch reported Wedesday. "Those employees were protesting Google's work with the border patrol, which the NLRB's general counsel found was not protected under the National Labor Relations Act."

Laurie Burgess, the employees' attorney, said that she plans "to vigorously appeal the dismissed charges to the NLRB to ensure that the right to engage in this type of protected activity is not encroached upon."

Hyde told the Times that he predicts Google, which he described as unpopular with Democrats and Republicans on Capitol Hill, will settle with Berland and Spiers. Google, however, seems prepared to fight the case.

A Google spokesperson said the company will "continue to provide information to the NLRB and the administrative judge about our decision to terminate or discipline employees who abused their privileged access to internal systems, such as our security tools or colleagues' calendars. Such actions are a serious violation of our policies and an unacceptable breach of a trusted responsibility, and we will be defending our position."

Zoe Schiffer, who reported on the NLRB's complaint for The Verge on Wednesday, opined on social media: "Based on Google's latest statement, I don't think it's going to settle," setting the stage for a judge to hear the case.

According to The Hill, Google has until December 16 to respond to the complaint, while a hearing in the case has been scheduled for mid-April 2021.

Berland, for his part, said he feels vindicated by the NLRB's complaint, which is significant because it comes "at a time when we're seeing the power of a handful of tech billionaires consolidate control over our lives and our society."

"It's nice that there are now some official papers saying the NLRB also thinks I didn't do anything wrong. I might even get my job back eventually!" Berland exclaimed in a Twitter thread. "But the NLRB process is slow. This is just the first step and it took over a year."

Berland continued: "If enough of my coworkers had gone on strike in response to the firings, this could have been over in a week. And it could have brought us all back. Not just me but Sophie Waldman, Paul Duke, and Rebecca Rivers, too."