Small Axe: what Steve McQueen got right and wrong about Lovers Rock 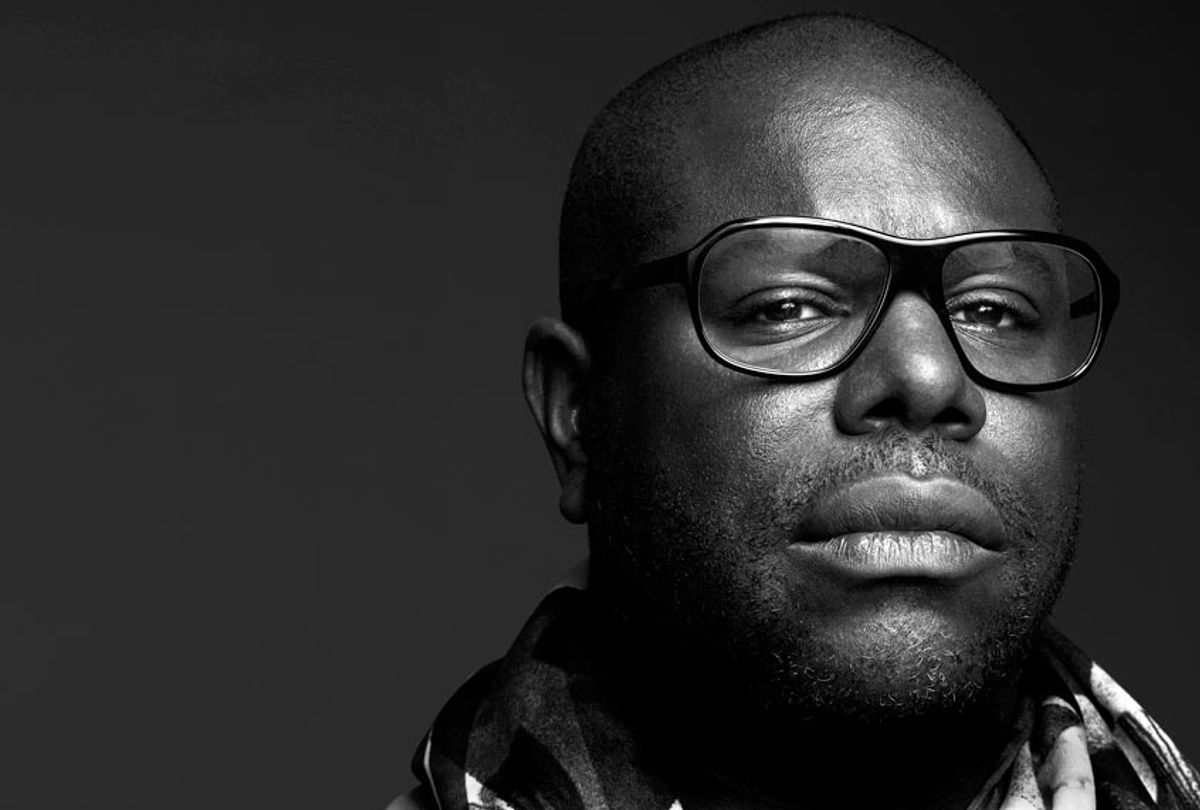 Usually, I'm the first to fall asleep in front of the TV during a popular Sunday evening drama. But I stayed wide awake during the second installment of Steve McQueen's Small Axe series, Lovers Rock. The series presents five insights into the lives of young Caribbean communities in London and this episode explored lovers rock reggae music, which was a distinctive genre of romantic love songs that came out of London during the mid-1970s.

These tender romantic songs merged roots reggae baselines from Jamaica, the soulful melodies of Chicago and Philadelphia soul with a touch of British pop to form the lovers rock vibe. It was an early expression of a definitive Black UK sound.

McQueen's film documents the underground space of the reggae Blues party, a Caribbean cultural institution that arguably transformed the way popular music is played and experienced here in the UK. It's a subject that I have been studying for a while now and since the episode's release, I've been party to many debates about the merits and authenticity of McQueen's interpretation of this important marker of Black British music and culture.

Setting up the Blues party

In Birmingham, where I'm from, Blues parties took place in people's homes, community halls, leisure centres, Black-owned music and cultural venues as well as Irish pubs. During the 1970s and 80s, state authorities viewed the Blues party as a social menace that epitomised criminal activity and hedonistic disorder. However, for Blues party aficionados, these spaces were a vital sanctuary of communal pleasure and enjoyment, a self-created and self-defined space away from the everyday forms of racism that were commonplace in Thatcher's Britain.

The film is attentive to some of the various elements needed to hold a blues party in your "yard". The huge pots of rice and peas and curry goat. The removal of the carpet and furniture from your living room, as if you were moving house. The wiring up of the epic speaker boxes to balance the treble and the heavy baselines of the sound system. The eagerness to show off the latest style and fashion as you step into the party in shiny sateen dresses or your Gabicci shirt. These were all essential features in the film that captured the cultural tones and stylistic tenor of this period. These details are important because it's very rare for them to be given such attention on British TV screens.

In some ways, the DJ was a precursor to Black Twitter (an online subculture largely consisting of Black users focused on issues of interest to the Black community), offering detailed and critical social commentary but with a distinctive anti-colonial critique to "chant down Babylon". An idea originating from the religious and political movement of Rastafarianism, Babylon is the society constructed by colonialism that oppresses Black people. So to "chant down Babylon" is to speak out against this society and its ills.

The promotion of McQueen's film hinged heavily on Janet Kay's lovers rock classic, Silly Games and the iconic high-pitched note that soars and climbs during the chorus of the song. There's no doubting the cultural significance of Kay's track. Lovers rock enjoyed popular mainstream chart success during the 1970s when Kay performed Silly Games on Top of the Pops in 1979, reaching number two in the UK Top 40 chart.

But as joyful and compelling as the track is, at one point in the film the song is extensively featured for over 11 minutes at the expense of a plethora of other classic lovers rock tracks of the period. Now, any sound system worth their salt and anyone who has ever attended a Blues party knows that this would never have happened. Sound system culture is about the selector's ability to "rinse tune", meaning a sound system's credibility rests on demonstrating the unique depth and range of their music back catalogue. This means that no one song would have been playing for as long as 11 minutes.

For those who may be new to the sound system scene, these details may not matter at all. But for the folks who do remember, they mark the line between flashes of genuine insight and moments of contrived nostalgia.

If there is going to be a revival of the genre, as some suggest, then those interested should explore the depth and range of the lovers rock back catalogue. The early popular voices of lovers rock in the UK were characterised by young Black teenage girls, such as Kay, Louisa Mark and Carroll Thompson to name a few. Mark is the vocalist that marked the birth of the UK lovers rock sound with her cover of the Robert Parker track, Caught You in a Lie.

Popular UK male acts included Maxi Priest, Vivian Jones and Peter Hunnigale. UK band Beshara's track, Men Cry Too expressed masculine tenderness and vulnerabilities. Artists from Jamaica such as Sugar Minott and Dennis Brown both collaborated with UK lovers rock artists and where hugely influential in their own right, as too was Gregory Issacs.

Clearly, McQueen's film cannot do the work of telling the full story of lovers rock and nor should we expect it to but it is an important moment in Black British culture that is well worth a revival.