We are in the greatest cataclysm of our history: It's not an SNL skit

Not since the Great Depression, or maybe the Civil War, have we faced a crisis on this scale. How will we respond? 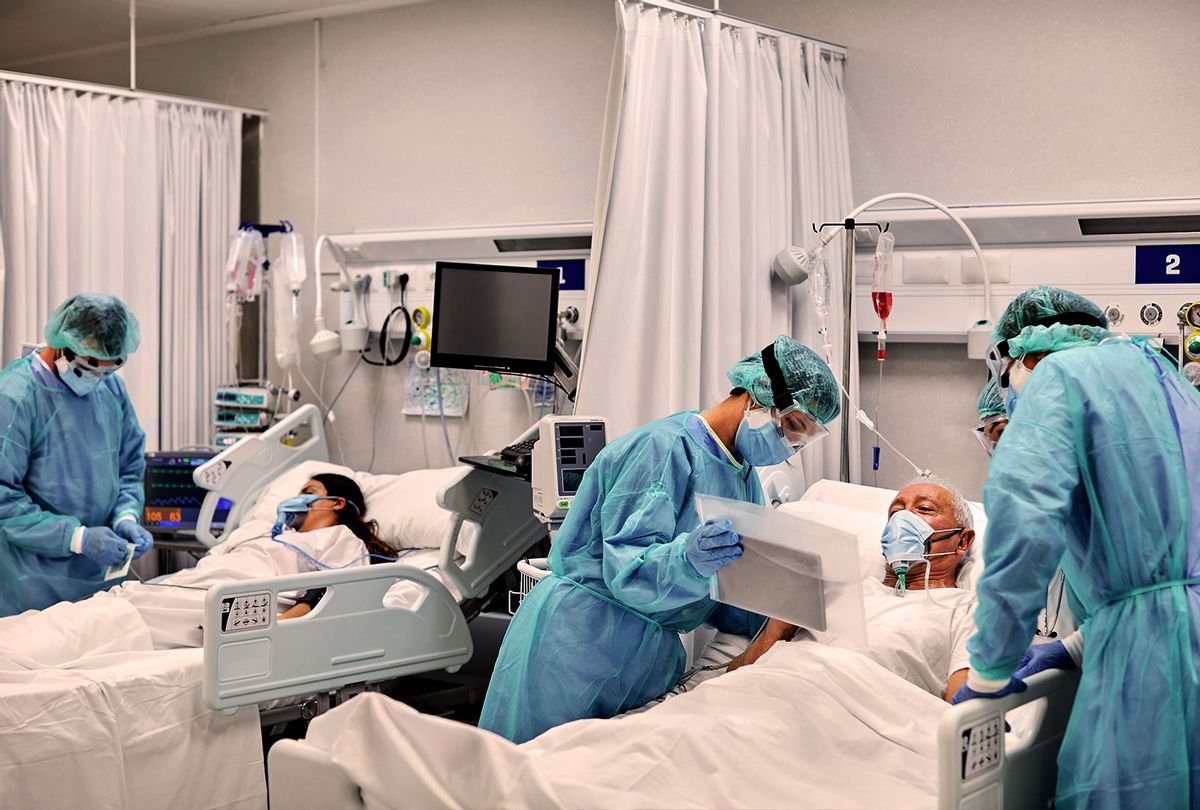 I was thinking earlier in the week that I would sit down today and write a light-hearted column poking fun at Rudy Giuliani, lampooning Trump's whine-o-rama Facebook speech on Wednesday, taking a shot at Mike Flynn for calling on Trump to impose martial law and suspend the Constitution and order a whole new election. It's all been a bit too much this week, hasn't it? None of the regular descriptions fit: train wreck, clown car, dumpster fire, SNL skit. I'm so tired of exclaiming "unbelievable" as I read the day's newspaper and watch the news that my lips are cracked and I'm losing my voice.

It's not funny anymore. I've watched the continuing collapse of our national health and economy with abject horror. We are going through the greatest cataclysm the world has seen since the Great Depression. More people are now dying each day than we lost on 9/11. On Thursday, there were more than 200,000 new COVID cases. Over 100,000 people are now hospitalized. About 3,000 people are dying every day from the virus, meaning that we are approaching 100,000 deaths per month. CDC director Robert Redfield, who appears to have regained the use of his vocal chords since Trump was defeated, told a virtual conference of the U.S. Chamber of Commerce on Wednesday that "before we see February, we could be close to 450,000 Americans hav[ing] died from this virus." That means more than a half-million of us will have died before vaccinations are widely available.

Nearly 714,000 people filed for unemployment last week, a slight drop from the week before, but "it's still bad," said Diane Swonk, chief economist at the accounting firm Grant Thornton in Chicago, according to a report in The New York Times. "The fact that more than eight months into the crisis initial claims are still running at such a high level is, in absolute terms, bad news," said Joshua Shapiro, chief U.S. economist at the consulting firm MFR. "Moreover, with the pandemic again worsening, it is likely that claims will remain quite elevated for some time to come."

About 23 million Americans are currently receiving unemployment benefits, according to Department of Labor data. More than half of them, 13.5 million, will stop receiving benefits at the end of the year, according to CNBC. "There's going to be an enormous cliff at the end of the year," said Stephen Wandner, a labor economist and senior fellow at the National Academy of Social Insurance. Millions of people will lose the rent protections of the CARES Act and face eviction from their homes. Tens of thousands of small businesses may close. That's on top of the businesses that have already closed since the onset of this disaster.

We are facing an economic collapse of untold proportions. We are already in a health crisis greater than anything we've seen since the Spanish flu epidemic of 1918. We've been in both crises for nine months, and what has the federal government done since passing the CARES Act in March?

Well, the House passed a new $2.2 trillion stimulus bill back in October, but Senate Majority Leader Mitch McConnell, who has famously and, as it turns out, accurately referred to himself as "the Grim Reaper," has refused to take it up in the Senate. Now there is word that a bipartisan group of senators and representatives have signed on to a new bill amounting to about $900 billion that would provide some relief to people struggling to pay their rents, find a job and feed their families, but so far McConnell has ignored the proposal.

What's going on here? We are a country with the greatest economy in the world. We are, and have been, the red-hot center of invention and innovation for over a century. Everything that has contributed significantly to modern life, from the telegraph to the telephone to the automobile to the airplane to the television to the computer to the cell phone to the goddamned memory foam mattress, was invented here. Most of the advances in health care over the last century, from vaccines to open heart surgery to cancer care to gene splicing and even surgery on fetuses in the womb, were invented here and developed into procedures that are used all over the world.

And we can't come together as a country to protect ourselves by wearing simple masks to keep ourselves and others healthy?

This isn't just Donald Trump's fault, although his abject lack of leadership during the coronavirus pandemic has certainly contributed to the ongoing disaster it has become. This is our fault. We elected the gaggle of goofballs in the Congress who have been sitting around, like Georgia Sen. David Perdue, trading stocks and profiting from the very crisis they refused to deal with as they pull down taxpayer-funded salaries and enjoy tax payer-funded health care. We — and by "we" I mean us and our fellow citizens — voted these idiots into office. We voted for them in 2016, we voted for them again in 2018, and we just voted for them again in November. They are ours. Donald Trump, at least until Jan. 20 of next year, is ours. This ongoing cataclysm around us, the tens of thousands of people dying every month, the hundreds of thousands sick in bed or struggling to breathe in ICUs and emergency rooms, the millions who are out of work and standing in lines around the country at food banks struggling to feed their children, they are ours.

We can sit back in our blue states and wear our masks and limit our Thanksgiving dinners to our significant others and no one else, and we can congratulate ourselves that we have elected an honest, good man as our new president and an exciting young woman of color as our vice president, but that is not enough. With about 50 percent of the population telling pollsters that they will not get the vaccine once it becomes available, we are probably looking at losing a million of our fellow citizens before this pandemic is behind us, and there is a chance it will never be completely eradicated the way polio and yellow fever have. This isn't just a tragedy. It's a crime.

We have to face up to the fact that we are living in a broken country and a broken world. The coronavirus pandemic is a message from a future that is already here. It's a future of California wildfires that wipe out whole towns, a future of so many hurricanes in a single year they ran out of names for them, a future of wars that begin and never end, a future of air temperatures that melt whole continents of ice and kill oceans and food crops and beneficial bacteria, a future of water and air that sicken us, a future of diseases that will continue to make the leap between species and become harder and harder to cure, a future not of climate change but of climate eradication, a future that because we cannot come together and agree on basic science and a politics of compromise and cooperation will kill not just hundreds of thousands of us, but hundreds of millions.

One way or another, it's our future. We will have to live in it or die in it. Starting right now, it's up to us.