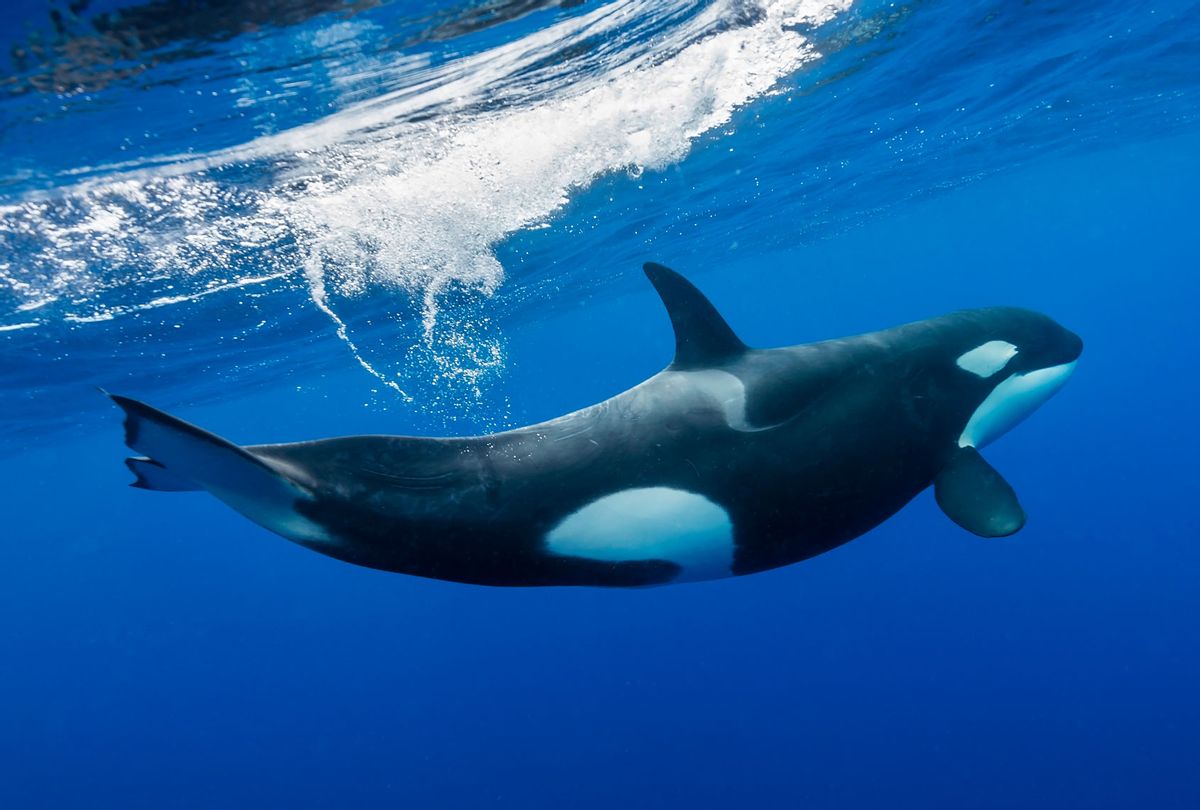 Killer whales are icons of the northeastern Pacific Ocean. They are intimately associated with the region's natural history and First Nations communities. They are apex predators, with females living as long as 100 years old, and recognized a sentinels of ecosystem health — and some populations are currently threatened with extinction.

There are three major types of killer whales in the region: the "resident" populations that feed mainly on salmon, the "transients" that prey on other marine mammals like seals and sea lions, and the "offshores" that transit along the continental shelf, eating fish and sharks.

In the 1990s, an abrupt decline in the fish-eating southern resident population dropped to 75 whales from 98, prompting both Canada and the United States to list them as endangered.

Since then, southern resident killer whales, whose range extends from the waters off the southeast Alaska and the coast of British Columbia to California, have not recovered — only 74 remain today. Because killer whale strandings are rare, scientists have been uncertain about the causes of killer whale mortality and how additional deaths might be prevented in the future.

As a pathologist and wildlife veterinarian, and with the help of countless biologists and veterinarians, we have carried out in-depth investigations into why killer whales in this region strand and died. If we don't know what is causing killer whale deaths, we are not able to prevent the ones that are human-caused.

We can do better

Human activities have been implicated in the decline and lack of recovery of the southern resident killer whale population, including ship noise and strikes, contaminants, reduced prey abundance and past capture of these animals for aquariums.

Only three per cent and 20 per cent of the northern and southern resident killer whales, respectively, that died between 1925 and 2011 were even found and available for a post-mortem exam. And in most cases, only cursory or incomplete post-mortem exams can be done, generating a limited amount of information.

To figure out why these killer whales are dying — and what it means for the health of individual animals and the population as a whole — we reviewed the post-mortem records of 53 animals that became stranded in the eastern Pacific Ocean and Hawaii between 2004 and 2013. We identified the cause of death in 22 animals, and gained important insight from nine other animals where the cause of death could not be determined.

Human-caused injuries were found in nearly every age group of whales, including adults, sub-adults and calves. Some had ingested fishing hooks, but evidence of blunt-force trauma, consistent with ship and propeller strikes, was more common.

This is the first study to document the lesions and forensic evidence of lethal trauma from ship and propeller strikes.

We also developed a body condition index to evaluate the animals' nutritional health — were they eating enough salmon, for example — to see what role food might play in the sickness and death of stranded animals. Observations of free-ranging killer whales from boats and by unmanned aerial drones have documented sub-optimal body condition or generalized emaciation in many southern resident killer whales.

This new body condition index can help scientists better understand the health of killer whales, and gives us a tool to evaluate their health regardless of their age, reproductive status and health condition.

Our team, working with numerous collaborators including the National Marine Mammal Foundation, is building a health database of the killer whales living in the northeastern Pacific Ocean so that their health can be tracked over time. This centralized database will let stranding response programs, regional and national government agencies and First Nations communities collaborate with field biologists, research scientists and veterinarians.

Ultimately, the information about the health of these killer whales must be conveyed to the public and policy-makers to ensure that the appropriate legislation is enacted to reverse the downward trend in the health and survival of these killer whales. We should now be able to assess future efforts and gain a better understanding of the impact of ongoing human activities, such as fishing, boating and shipping.