"We young, bro": My friend lost a decade of his life, but I can't go back to our youth with him 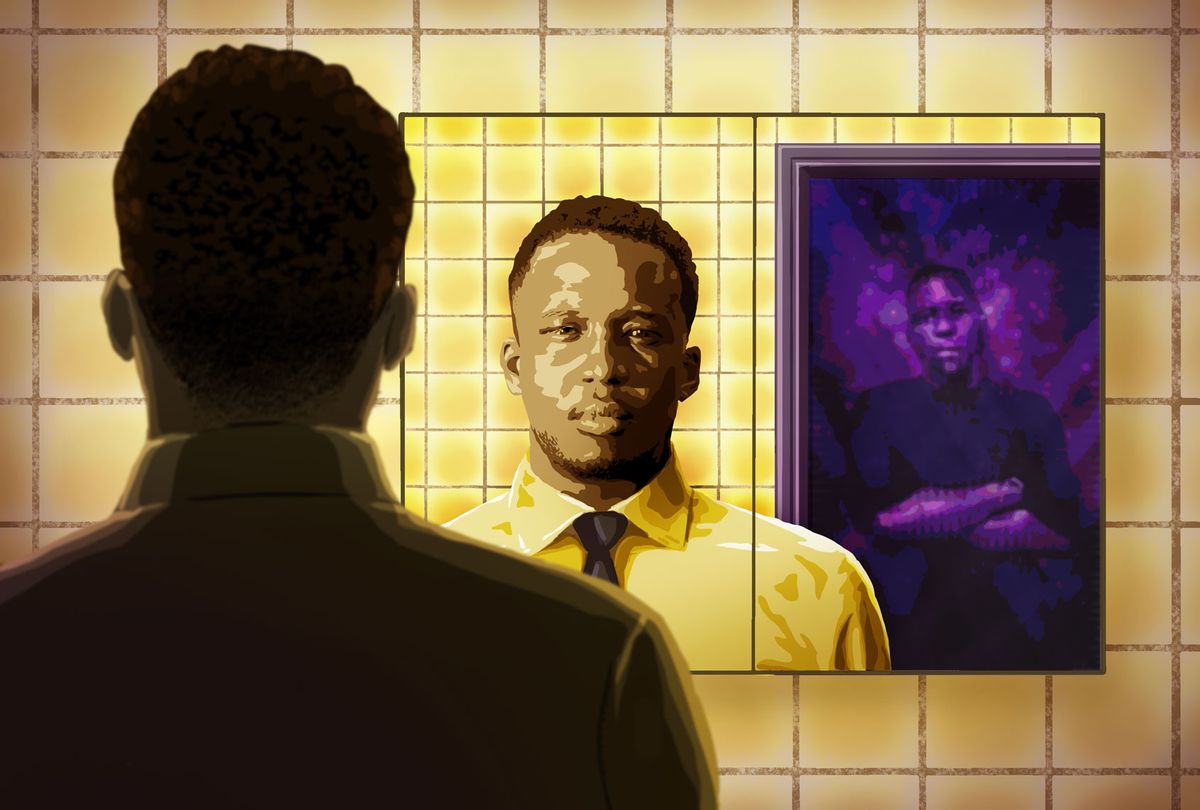 My friend Teethy won't stay in during COVID. I'm supposed to be mad about that but I'm not. He moves through the world, in which so many of us 30- and 40-somethings are struggling to find our place, as if he's still in his teens — effortlessly — and enjoys every minute. And even though I can't do the same, especially not right now, I understand why he does.

"Do I gotta wear tight-ass jeans now?" Teethy asked me. "Like, how you get them over your feet? Like, your feet big as hell, D!"

"Yo, the denim stretches are in nowadays," I answered. "But you don't gotta wear skinny jeans, bro. They got straight legs, which hit your sneakers better than boot cut. Just say no to boot cut."

We laughed. Teeth had just come home from a 12-year stretch in federal prison for drug conspiracy, sent away on trumped-up charges created by agents who would've made poor fiction writers based on the stereotypes and lies that filled their reports. He had wanted a chicken box for his first meal after being released — four wings fried hard and French fries smothered in salt, pepper, ketchup and hot sauce, all in a red and white tight checked box­ — but I talked him into sitting down with me at Nando's instead.

In the 12 years since he went to prison, we both grew up. The chunky yellow face he went in with was hard now, browner, more defined. Those big teeth that earned him his nickname now fit his face. His slightly chubby body had morphed into solid, with muscles on top of muscles climbing through his fitted shirt. He's a human action figure now.

"All my jeans are boot cut," he laughed. "I need to go shopping!"

"Man, I'm too old for these jean laws," I said, before realizing how insensitive I sounded. Teethy wasn't Scarface; he wasn't a murderer or a millionaire kingpin. None of us were in those days. And yet they figured out a way to take 12 years of his life. We all hustled back then. He went away; I didn't. The system has a way of playing Russian Roulette with our lives.

Teethy tore into his Nando's, calling it the best meal he'd ever had. I watched from the other side of the table, happy to see him happy, happy to see him home. But I also felt guilty. I could have been a better friend. I could've written more letters, been more responsive on Corrlinks, the federal inmate email system. I could have done more than put money on his books. But I didn't. I kept my distance because everybody around me at the time was dying or catching 10 or 20 or 30 years, and their fate felt contagious. I hadn't known who to trust, and self-preservation took over.

After Teethy went, most of the old crew followed him to jail or prison. Some were lucky enough to crawl out and find jobs or some type of normalcy. Some were gunned down. Some overdosed and died. And some found Allah and Jesus and disconnected from anybody who didn't.

"We young, bro," I echoed, filling his glass up with more wine and telling the Nando's clerk that I was sending my brother home — or to his halfway house — with four orders. "We young, bro."

They say you are as only as young as you feel, and I guess that feeling is an aggregate of perspective, a sense of freedom, and who you surround yourself with. Like me, Teethy was now in his mid 30s, but he still felt the age he was when he was put away. And he moved like it, too.

During his first year out, it seemed like Teethy was making up for lost time. He became a regular at the clubs and went Instagram-crazy, posting party pics and memes and gym videos and evenly-cut sandwiches perched on rustic wood tables, all in an endless supply of skinny jeans. In fact, the only thing missing from this new chapter in his life was me.

I had lost my taste for clubs and being on the scene. I worked a lot. I had books to write. Work kept coming in, and I had less and less time for a social life. Before I knew it, Teethy and I had been separated for a few more years. He knew I was busy and that I wasn't distancing myself on purpose, but I still felt guilty.

"Yo, grab a drink?" he texted right before the Baltimore Book Fair, one of the busiest times of the year for me.

Grab a drink? Before Teethy went in, I bet our livers cringed every time we said that, though it was more like headed to the bar! because it was never really a question. If we weren't at the bar, we'd roll up in the corner store pointing at fifths of Grey Goose or Remy or Belvedere high up on the shelf behind the foggy, nicked-up bulletproof glass. We'd throw our cash into the roll-around and the clerk would pass us bottles we'd drown until we ached and sometimes blacked out.

I can't lie — the thought of drinking like we did back then now scares me. But I'm a sport, so I told myself that I'd roll with the punches and if drinks with Teethy came with a hangover, I'd deal.

We went to Mount Vernon Marketplace, this indoor food hall, and found seats at a small craft cocktail bar — my choice, obviously. There we downed drinks served in rocks glasses with fist-sized ice cubes, half full of this type of rye or that type of vodka, and fancy fresh-squeezed juice with a fancier garnish.

"You always was a flashy dude," Teethy laughed. "I remember back when we was little and you was talkin bout not eatin imitation crab meat 'cause it ain't real food!"

"How you eat a seafood salad without the fake crab meat?" he asked.

Craft cocktails go down easy; they take 30 minutes to mix and one second to drink. We sat there and went over it all: his time behind the wall away from his kids, how he felt about my absence, how I felt, our old days, the dark times, the death, the binge drinking, the fallen and forgotten brothers, our shared memory, our shared pain.

People sitting around us probably heard us say, yo, remember that time! a thousand times that night.

"I know you write about that stuff, the bad days" he said, downing a shot. "I can't read it or think about it. I don't want to."

"I do it because I want to show the world how we got it wrong, we were raised wrong," I said.

"I ain't knockin ya move. One thing bout Watkins is he gonna keep a move!" Teethy laughed. "I've been kinda staying away from you, because people always talking about those years, you and that street stuff. I just wanna party with the partiers."

The bartender filled our glasses. Watching the liquor dance around gave me that icky feeling, but I downed mine with him. I had been feeling guilty about not hanging out with Teethy in his new life, and it turns out he had been avoiding me and mine.

We shut the spot down that night, clinking glasses with the bartender after the last pour, and promised to do it again. Leaving the market, I felt young. I felt like we hadn't missed a beat with our new Nikes and clean sweat suits. That feeling faded right after I caught a hangover the next day, the kind where your brain pounds against the side of your skull. My homie must not have felt it, though, because he was out doing the same a day later, and the next. He continued even after COVID entered our lives, even after people we know died and the infection continued to soar.

And even though he tries to stay away from me, I think the money I sent him while he was locked up makes him feel obligated to check in on me now. He's invited me out a time or two since the pandemic began shutting things down in March. I always decline, but I try to keep it light: Busy writing bro, I owe you one. And then I make sure to drop another line or two to try to get him to be aware of the danger of the virus. Bro, the numbers are going up — wear a mask.

He doesn't listen. And I don't judge him. It's easy for me to say stay indoors, practicing social distancing. I wasn't the one locked up for a decade for nonviolent drug crimes that shouldn't have earned him more than a couple of months, if anything. I don't know what that's like. I imagine if it had been me, I would be caught up in a never-ending party, too, happy to make my own choice to live day by day, hanging around kids in their mid-20s who are new to adulthood and just as eager to be out.

And when I see these young dudes, his new friends, on social media talking about how COVID was created to kill small businesses by Bill Gates, who also needed the virus to control the population so that he can make us think that 4G is actually 5G, even though it's just 4G moving faster because so many people are dead due to the disease they say is made-up, I shake my head. Yes, you read that right — that's how they talk. Reading it makes me feel like I'm closer in age to the 80-year-old Teethy called us that last time over drinks, and very distant from the bar-crawling young man my friend still gets to be.

I might feel ancient watching him live his young adulthood over on Instagram, but I've learned I can be there for Teethy when he needs me, even better now than I could when he was behind the wall. Because I've learned that support can mean pulling up if he gets in a bind, but it can also mean staying distant so he can protect himself from having to dwell on his past. Either way, I'm down.