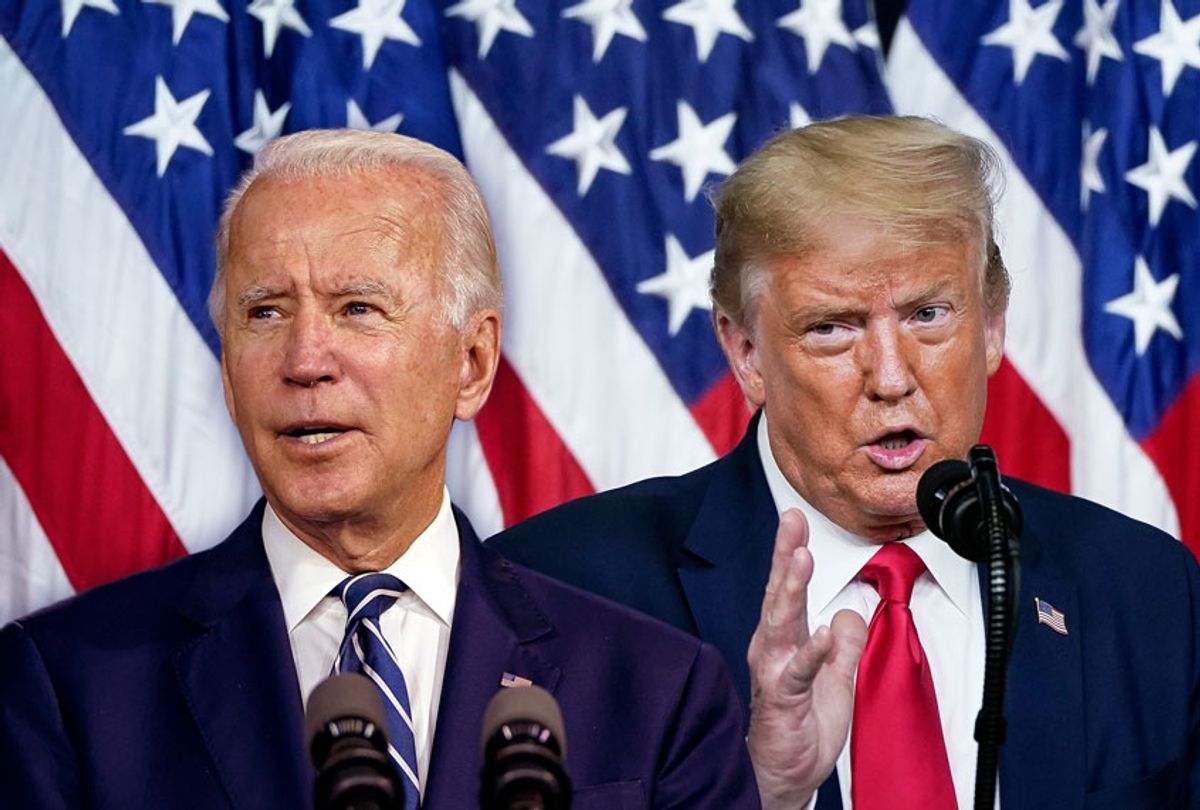 Since becoming president-elect, Joe Biden has signaled that restoring America's leadership on the world stage is among his highest priorities — an intention aptly demonstrated by his Cabinet picks.

Biden's nominees are "ready to lead the world, not retreat from it," he said on Nov. 24. "America is back."

Perhaps nowhere is this return more urgent than in trade policy, a topic I follow closely as a scholar of international political economy. Over the past four years, President Donald Trump has ripped up trade deals, launched damaging trade wars and gunked up the workings of international trade organizations.

All of this has ceded global economic leadership to China, as we can see from the trade negotiations Beijing recently oversaw with 14 other Asian nations. In November, the countries met in China's capital and formally signed what is now the world's largest regional free trade pact, covering nearly a third of humanity.

Biden no doubt longs to return to some semblance of the "golden era" of U.S. leadership, the half-century following World War II when America helped create and sustain the rules and institutions that fueled globalization.

But after four years of Trump's "retreat," it may be harder to return to leading than Biden thinks — thanks to the growing number of Americans on both the right and the left who are skeptical of free trade.

The costs of "America first"

While Trump advocated a trade policy he labeled "America first," it's probably not the best description.

The policy has involved applying punitive tariffs on specific products such as steel and aluminum and on whole countries — most notably China — at a scale not seen in decades. But the price to the U.S. has been high.

Trump's tariffs have cost American businesses and consumers tens of billions of dollars. And they have seriously hurt U.S. farmers and manufacturers by closing off export markets for American products in China and elsewhere. Moreover, the administration has spent tens of billions more trying to aid farmers harmed by the tariffs.

Putting Americans first was also the stated reason behind the president's decision to withdraw from trade deals like the Trans-Pacific Partnership and focus on bilateral rather than multilateral agreements. Aside from denying American companies the benefits free trade pacts provide, this also has meant the U.S. increasingly sits on the sidelines when global trade rules are being written.

That's bad news for America because even when rules apply only to the trade agreement in question, they generally serve as a foundation for future deals — including negotiations exclusively with the U.S. So if the U.S. government isn't at the table, it could have long-term ramifications.

In America's stead, other powerhouses will seek to dictate the terms of trade with U.S. allies, as Beijing did with the trade accord it signed in November. And Chinese interests — on the environment, labor standards and especially intellectual property protection — are not the same as those of the U.S.

Biden and the populist right

So there are very strong reasons to reengage with the world. Global trade may even be key to helping the U.S. recover from the coronavirus pandemic. But to do so, Biden will have to navigate two groups that could be a thorn in his side.

The first is the populist right — conservative, mostly working-class voters who warmed to Trump's anti-trade platform in 2016.

Like Trump, they tend to see trade through a nationalist lens in which the "winner takes all." That is, they understand trade not as beneficial for all parties but rather as a competition that can be won or lost based on who's running a trade surplus or who's gaining or losing market share.

Furthermore, as the base of the Republican Party increasingly shifts to encompass less educated white voters, this has critical implications for the GOP. Basic trade theory suggests that, in a rich country such as the United States, lower-skilled workers are hurt by free trade, while skilled workers and capitalists get most of the benefits. This is because lower-income countries will have a comparative advantage in lower-skilled labor.

Many working-class voters are understandably feeling left behind by this new economy and ignored by the government. Free trade has become a target of their ire, helping drive the Republican Party's shift toward nationalism — and protectionism — and shoving aside the traditional pro-business conservatives.

If Republicans manage to hold onto the Senate in January, it's very likely that the growing power of the populist right will continue to influence trade skepticism in the party. This would tie Biden's hands when it comes to negotiating new trade deals or taking other steps that will require Senate approval.

But even if Democrats manage to take the Senate, Biden will likely still need to court these working-class, mostly white voters when he seeks to maintain his congressional majorities in the midterms. Either way, they will remain a potent force well after Trump is gone.

But the populist right is not the only important part of the U.S. political spectrum that is skeptical of trade.

The populist left — led especially by Sen. Bernie Sanders — has long favored limiting foreign trade. Its motivations are somewhat different, focused more on a skepticism of corporate power and trade's impact on labor rights and the environment. But they are also similar when it comes to the many working-class Americans and young people who form the left wing of the Democratic Party.

In the primaries, Biden beat Sanders and others who offered a more skeptical view of trade. But still, he will have to accommodate the new energy coursing through the left in America, including when it comes to its views on trade. And the populist left will have a lot more power than the right in Biden's Washington, from members of Congress to key Democratic interest groups like labor unions.

A pro-trade optimist might point out that polls, like this one conducted in late 2019, suggest overwhelming support for free trade among voters in both parties. Polls, however, don't always measure how strongly and consistently these views are held.

What's more, because the harms of free trade are more concentrated than its benefits, the minority of voters who push for protectionist policies are often more powerful than their numbers might suggest. Ultimately, although populists on the right and the left represent a minority position on trade, they will remain potent political forces for the foreseeable future.

For these reasons, I believe it is unlikely that Biden will be able to return to business as usual on trade. While Trump's aggressive protectionism will likely go away, Biden will probably keep up the pressure on China and has already adopted some of his predecessor's "America first" rhetoric to appeal to the working class. And for his more progressive supporters, you'll likely see him push for stronger labor and environmental protections in future trade agreements.

Biden might not be able to throw the door to global trade wide open, but he should be able to keep it from shutting any further.