Trump's voters may never accept the reality of his defeat. Why does Joe Biden expect reason can reach them? 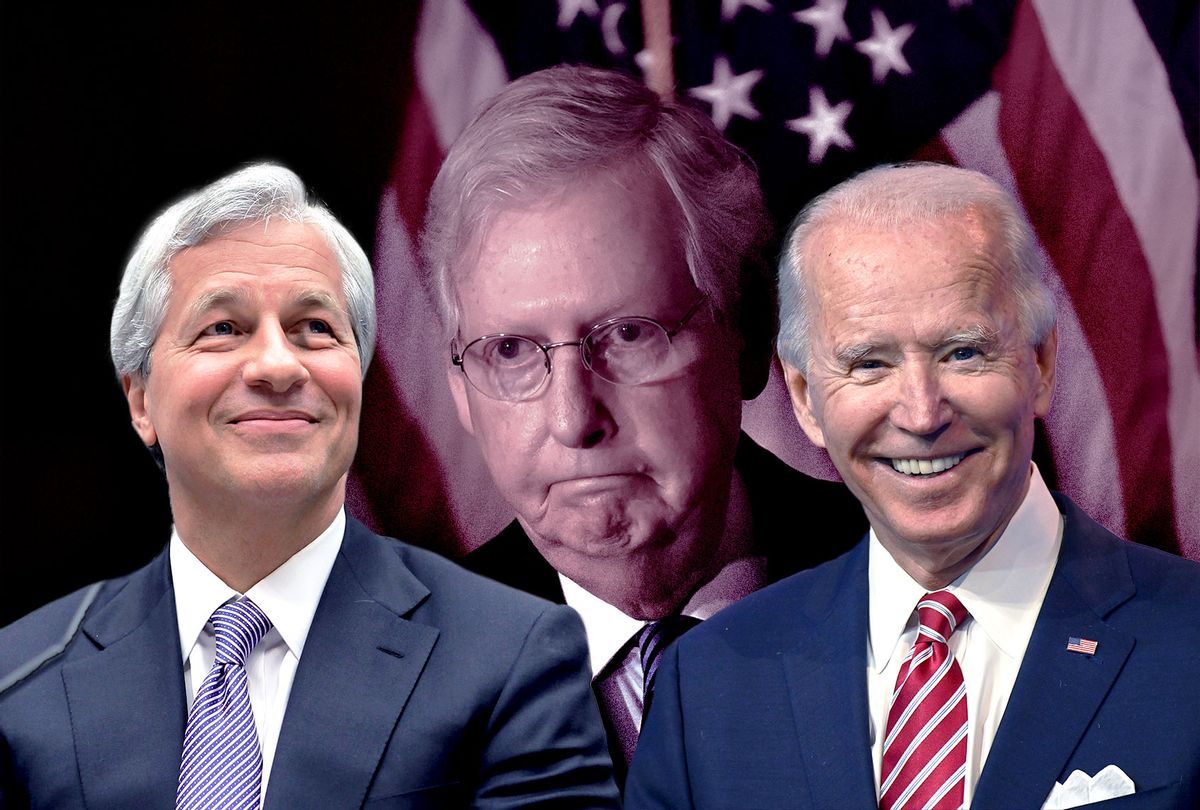 Right after this year's election, Politico sponsored a 2020 Voters Priority survey that showed just how shockingly divided the country really is. On virtually every issue, Republicans and Democrats are polar opposites, with eight out of 10 respondents claiming to have "lost respect for the other side" and nearly 75% of respondents saying they cannot trust members of the other party. A majority of survey respondents even said they wouldn't want their child to marry someone from the opposing party, that they wouldn't hire someone from the other party and that they believed the other party was literally ruining the country.

In this poll, as in earlier surveys, 79% of Trump voters refuse to accept the result of the election, agreeing that "illegal voting and fraud stole this election." More than half of Trump voters even claim that their own vote was not accurately counted.

Despite the apparent widespread distrust, however, large numbers of respondents from both parties insist that they want the Congress to work together in a bipartisan fashion. Nearly 70% of Trump voters and 76% of Biden voters say that the best leaders "reach across the aisle to make compromises." Even 48% of Trump voters (who think Biden stole the election) say that congressional Republicans should seek compromises and work with the new administration.

As disorienting as this may appear, it isn't all that unusual.

Polling repeatedly shows that the public says it wants bipartisanship and compromise. People reliably affirm that they are sick of partisan fighting. But considering the scorched-earth practices of the GOP and the perennial anger among the base of the Democratic Party for its failure to "fight back," I have long suspected that what people really mean by compromise is for the other side to give in and do it their way. Bipartisanship is just a way of describing a surrender by your political opponents, where they sign on to your ideas. There just isn't a lot of "give" on either side these days.

Nostalgia for the old style of bipartisan compromise that was made possible because the two parties were ideologically diverse, with liberals and conservatives on both sides, is still with us. You'll often hear pundits and historians wax on about how the parties would battle by day but that at night former House speaker Tip O'Neill would go down to the White House and hoist a Scotch with President Reagan after work. It's a nice little fable, but if it was ever true, it hasn't been that way for a long time.

Still, Joe Biden expressly promised to unify the country and went so far as to say he thought that after Trump left office the fever would break, Republicans would have an epiphany and they could all work together for the sake of the country. He's a very optimistic guy — he said the same thing before the 2012 election too. It didn't work out the way he expected.

Like Barack Obama before him, Biden ran on the idea that he could bring people together. It made political sense to do it. Many people are horrified by Trump's divisiveness and yearn for someone who can calm things down and get things done. A veteran politician who knows how Washington works and gets along with everyone sounded awfully good to many people after this Trump clown show. Given Biden's experience under Obama (and simply observing the cynical behavior of GOP officials under Trump), it's hard to imagine he actually believes that, but maybe he truly sees himself as some sort of national healer.

As Salon's Igor Derysh reported on Tuesday, Biden is making good on his promise to reach out to Republicans by appointing Rep. Cedric Richmond, D-La., to head a new White House Office of Public Engagement. Richmond characterizes part of his role as serving as a "conduit straight into the White House for American corporations" — which is not exactly the kind of "unity" Biden's base voters were looking for.

But Richmond also said he will create a position that will reach out to conservatives as well because Biden's team were "not elected just to help Democrats or urban cities or minorities." That's true enough. Biden has said many times that he will be the president of all of America, not just those who voted for him, which is as it should be. Unlike Trump, who punished the states that didn't vote for him and lavished attention on those that did, presidents have an obligation to serve the whole country. Frankly, Democratic agendas have always been meant to benefit their own voters no more than those who despise them, whether it's social welfare programs like Social Security and Medicare or the Affordable Care Act, labor laws and safety regulations. Biden's agenda will do the same, even though the Republicans will fight him with everything they have.

But if anyone still seriously believes "the fever" is going to break soon or that Mitch "Grim Reaper" McConnell is going to have an epiphany and help Biden pass that agenda, they need to think again. Remember, that poll that showed people want bipartisanship also showed that nearly 80% of Republicans believe that the election was stolen.

Trump has already convinced tens of millions of his voters that Biden is an illegitimate winner, and the current president's collaborators in the Republican Party are doing nothing to disabuse them of that idea. After all, it works for them.

As for "reaching out" to the Republican base, good luck.

Richmond's announcement was not exactly welcomed in right-wing circles:

In some respects I can understand this. It can feel condescending for the winner to assume that the other side wants to make nice when it's still smarting from a defeat. But right-wing pundits or columnists aren't really the problem. As the New York Times reported on Tuesday, the threats from Trump's supporters are growing:

Supporters of the president, some of them armed, gathered outside the home of the Michigan secretary of state Saturday night. Racist death threats filled the voice mail of Cynthia A. Johnson, a Michigan state representative. Georgia election officials, mostly Republicans, say they have received threats of violence. The Republican Party of Arizona, on Twitter, twice called for supporters to be willing to "die for something" or "give my life for this fight."

In Idaho, public health officials had to call off a Zoom meeting because protesters were pounding on the doors of their homes. And this stuff is just the tip of the iceberg. People are being threatened all over the country and it's a miracle that something terrible hasn't happened already.

Trump may have lost the legal battle and will lose institutional power within a few weeks. But the danger won't pass anytim soon, because the GOP establishment sees benefit in leveraging this incoherent rage to sabotage what they're essentially claiming will be an illegitimate Democratic presidency. Biden can initiate all the outreach he wants but I don't think GOP officials could put that genie back in the bottle if they wanted to. And they have made it very clear that they don't want to.