We asked small business owners how they've weathered the pandemic

"I don't see how we're going to get through it without some sort of help," one small business owner told Salon 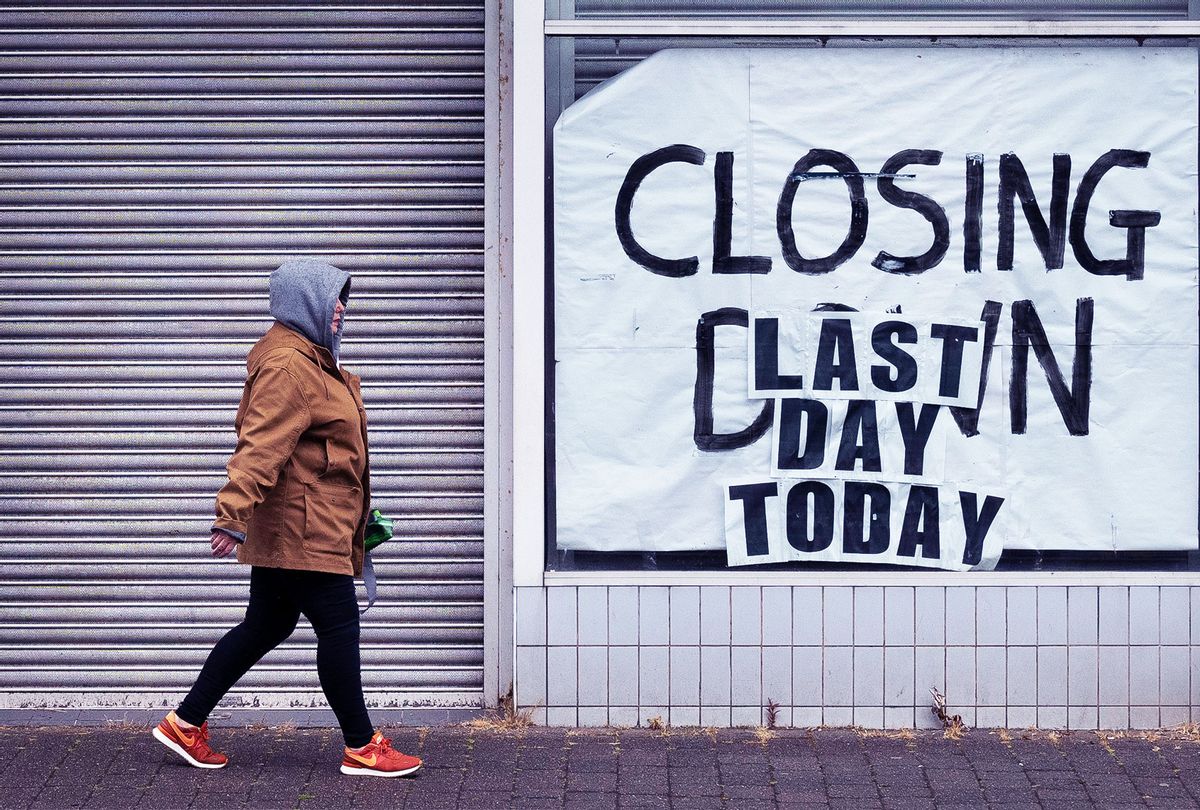 In April, a month after the pandemic hit the United States, Cliff Hodges was one of millions of small business owners teetering on the brink.

Hodges, who ran a small outdoor wilderness club in Santa Cruz, California, a beach town 75 miles south of San Francisco, applied for a Paycheck Protection Program (PPP) loan to keep his business afloat — but he was denied, by three different banks, because they ran out of funds. The rejections weren't a result of Hodges bad timing; he applied for the loan right away, the first day the banks made it available online. When Salon spoke with him in April, a fourth bank responded and marked his case as "closing." He didn't know exactly what "closing" meant, but he felt skeptical that a loan would actually come through. Disappointment clung to his voice.

"I haven't been able to reach anyone, so maybe there is a small chance that I have money coming, but I don't know," he told Salon, nervously, in April.

Eight months since we last spoke, Hodges is relieved to report that the final bank delivered. He received a PPP loan and used it for payroll, and he's already applied for forgiveness for a portion of it.

However, this doesn't mean it's business as usual for him, and he won't go as far as saying the worst has passed. Instead, Hodges is living by a mantra that all small businesses live by — or at least, the ones that are lucky enough to still hang an "open" sign.

"We are surviving, I wouldn't say we're thriving, but we're surviving," Hodges said. "April, May and the first part of June were really tough."

Hodges' business, Adventure Out, offers small-group outdoor activities like surf lessons to wilderness survival training. Given what we know about how the novel coronavirus is transmitted outside, the services his business provides have been somewhat pandemic-proof. But as the state of California descends into another stay-at-home order, like most of the country, he's buckling up for another season full of uncertainty.

"We've had a whole slew of cancellations and decreases in business," Hodges said. "To get through this winter, and I think it's going to be a really tough winter, another round of stimulus for small business is needed; I don't see how we're going to get through it without some sort of help."

In September, business review site Yelp released a quarterly economic impact report with a harrowing statistic: 60 percent of business closures on its platform were permanent. The demographics of the small businesses that haven't survived mirror the ongoing disparities we've seen throughout the pandemic. According to a separate survey by Color Of Change and Main Street Alliance, 46 percent of the Black small businesses polled were forced to close, or are planning to close within the next six months. And these statistics provide just a small snapshot of what's happening.

"I think that we don't know yet what the actual closure rates are going to be, but the ones that are surviving are surviving on a sort of skeletal operations, racking up a lot of debt," Amanda Ballantyne, the executive director of Main Street Alliance, told Salon in an interview. "In the beginning of the pandemic, there were so many unknowns, and the federal relief packages were rolled out in ways that I think made it hard for a lot of real, independent small businesses to access them timely."

The federal government designed the PPP program to provide small businesses with loans up to two and half times their monthly payroll. The loans could be converted into grants as long as 75 percent of the funds were used to retain employees; the loans had to be used within eight weeks from the time the loan was distributed in order for it to be forgiven.

That was in April, and small businesses have yet to receive further federal relief since then. Moreover, providing loans through private banks gave priority to business owners who had relationships with the bank, which exacerbated disparities, experts say.

"Moving the PPP loans through the private banking system was a big mistake," Ballantyne said. "It sounds like Congress is going to restart the PPP again, but they should fix what we already know is wrong with the program."

Small business advocates like Ballantyne, and John Arensmeyer, CEO of Small Business Majority, a small business research and advocacy organization, told Salon that grants will be key for "true" small businesses — meaning those that have fewer than 20 employees — to survive.

"We've been calling for grants from day one," Arensmeyer said. "We want to see money set aside for lending institutions like CDFI [the Community Development Financial Institutions Fund] that serves more low income communities and communities of color, and we want to see loan forgiveness."

Shayai Lucero, owner and floral designer of Earth & Sky Floral Designs in New Mexico, is relying on grants for Native American business owners and artists. She considered applying for the PPP loan, but ultimately given the size of her business and the amount she'd qualify for, she said it wasn't worth it. Plus, most of her employees are seasonal. Lucero said one saving grace that has kept her business afloat is that she was already running her business out of her own home, and doesn't have to pay for rent on a storefront. However, given the nature of her business, providing floral arrangements for life events, fewer celebrations this year means very thin margins.

"Last month, I operated at 35 percent of what I needed for the previous month in the previous year," Lucero said. "I look at those numbers and I break down. . . . being able to be a home-based florist has helped me through the pandemic, but I don't know how long it's going to last."

In Las Vegas, Nevada, Ron Nelsen, the owner and general manager of Pioneer Overhead Door, told Salon in an interview in April that he received an email stating that his bank no longer had PPP loan funds. Similar to Hodges, he eventually secured a PPP loan in "what they call the second tranche," he explained.

Nelsen said he suspects that not having a personal relationship with the bank pushed him to the end of the line the first time he applied, and that the second tranche was an easier process to endure. But since then, operating a business that furnishes and installs garage doors, garage door openers, has come with its own set of pandemic-related challenges.

"There was a while we couldn't find any masks, hand sanitizer, and all that stuff, for our employees," Nelsen said. "And then you got the flip side of it, you go to customers houses and some people are COVID deniers, and they don't want to have anything to do with the masks."

Fortunately, he hasn't had any employees get sick, but that's in part due to more honest communication, and less privacy, between him and his seven full-time employees.

"You can't just call in with a tummy ache, you have to tell me what your symptoms are," Nelsen said. "Basically if you're taking off work for any reason other than a hangover, you can't come back the next day."

As for what's next, everyone Salon spoke with emphasized that shopping local will definitely help small businesses this holiday season, in addition to a much-needed federal relief package.

"Support small local businesses because Amazon doesn't need any more of our dollars," Hodges said. "I'm just really trying to promote that, not just in my professional life but also in my personal life."