Plus, a Lando Calrissian series from "Dear White People" creator Justin Simien, and much, much more was announced

By Alex Stedman - Adam B. Vary 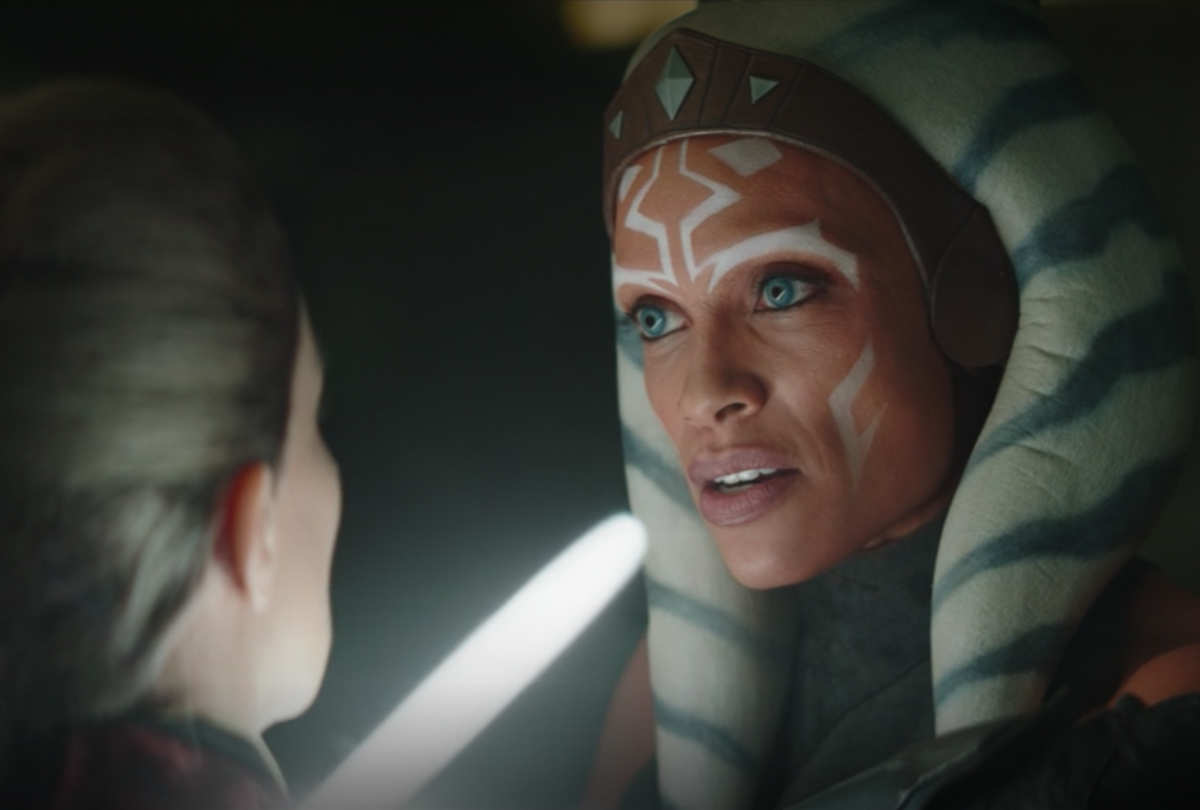 Rosario Dawson will star in "Ahsoka," having made her debut as the character in "The Mandalorian" recently. Both new series are set within the timeline of "The Mandalorian."

Ahsoka Tano was the Jedi Padawan of Anakin Skywalker, but would go on to become something of a foil to him. She debuted in animated movie "Star Wars: The Clone Wars," and also appeared in the series "Star Wars Rebels," voiced by Ashley Eckstein.

Dawson, though, was the first person to play Tano in live-action. In Season 2 of "The Mandalorian," Pedro Pascal's titular bounty hunter finds her in his search to deliver "the child" (now known to be named Grogu) to the Jedi. She ultimately, however, decides that she can't mentor him.

It was far from only bit of "Star Wars" news: Kennedy also announced new series "Andor," starring "Rogue One's" Diego Luna; "The Bad Batch," a new animated series; and the fact that Hayden Christensen will be returning as Darth Vader opposite Ewan McGregor in "Obi-Wan Kenobi." All the new series will be coming to Disney Plus.

On the feature side, Patty Jenkins will be directing the next "Star Wars" feature film, "Rogue Squadron," set to release on Christmas 2023.

Disney Plus announced earlier in the presentation that it would be releasing 10 "Star Wars" series, in addition to 10 Marvel series, over the next few years.

The news comes as "The Mandalorian" ends its second season on Disney Plus in triumph and the most recent "Star Wars" feature film, 2019's "The Rise of Skywalker," endures a growing reputation as one of the worst of the 11 "Star Wars" movies to date.

See footage of "Andor" and "The Bad Batch" below.

By Adam B. Vary

MORE FROM Adam B. Vary