American democracy might just survive Trump — but no, "the system" isn't working

Think we can relax because Trump hasn't overturned the election? Think again: America is headed for disaster 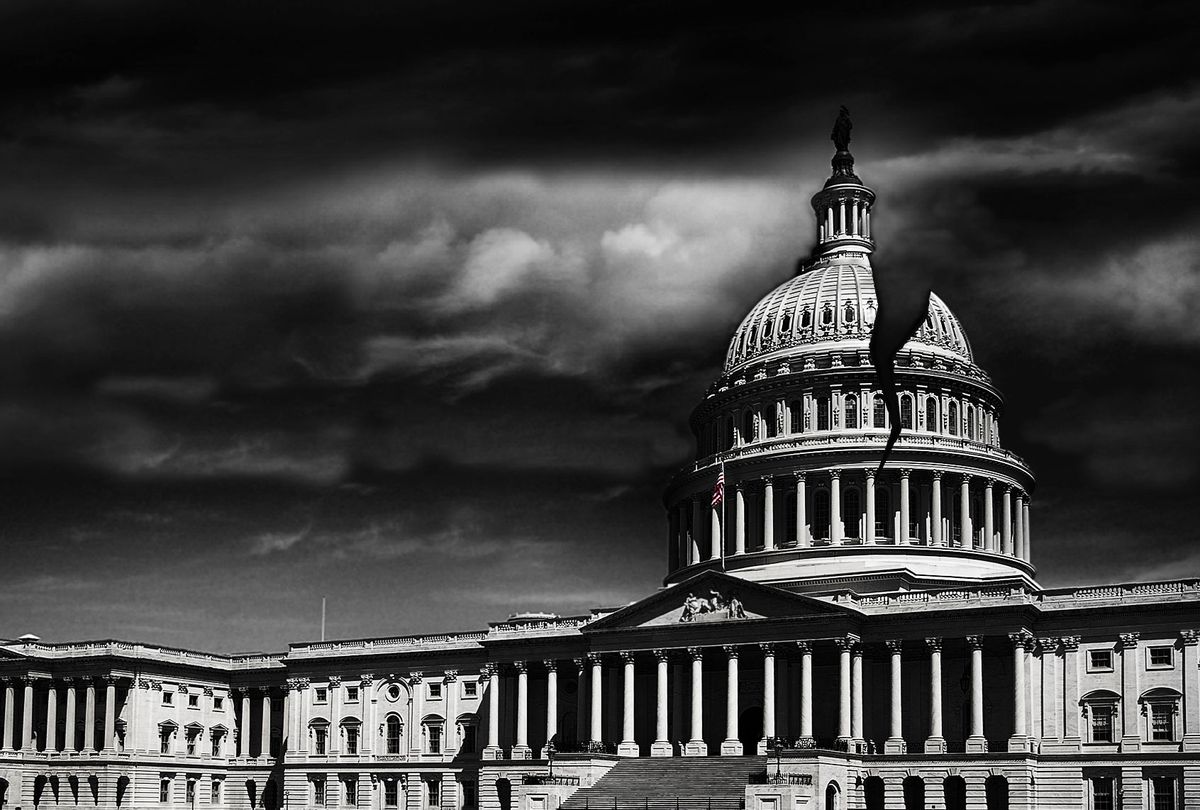 It was inevitable that people would begin to argue that because Donald Trump has so far been unable to overturn an election that he lost by a decisive margin, we can all relax: There were no tanks in the streets and "the system worked." There are people who have blithely brushed off his machinations as some kind of therapy for the poor guy, who just needed some time to deal with his disappointment. One Republican famously told the Washington Post, "What is the downside for humoring him for this little bit of time? No one seriously thinks the results will change. He went golfing this weekend. It's not like he's plotting how to prevent Joe Biden from taking power on January 20. He's tweeting about filing some lawsuits, those lawsuits will fail, then he'll tweet some more about how the election was stolen, and then he'll leave."

Apparently, this person sees no harm in allowing Trump to convince 70% of Republicans to believe that Joe Biden's presidency is illegitimate. Indeed, he no doubt sees that as the party's consolation prize. That dismissive view of Trump's refusal to accept his loss has more recently taken hold among others who believe that for all the Democrats' fears that Trump wouldn't leave office, it's apparent that the courts are rejecting his sloppy, evidence-free legal filings, which means the "guardrails" are holding.

Election prognosticator Nate Silver mocked concerns about Trump's coup attempt as hysterical, writing in a tweet that "'SCOTUS will steal the election for Trump' is one of those takes that was popular (for different reasons) both among a certain type of liberal and on the Trumpy right and obviously doesn't look too good in retrospect."

Trump openly admitted that he wanted Amy Coney Barrett to be confirmed to the Supreme Court before the election in order to ensure his victory in any election case. That was reason enough for worry. Slate's Mark Stern laid out another reason why people were justified in their concern, despite the fact that the courts have so far rejected Trump's attempts to overturn the election. Stern points out that there were three important pre-election cases argued by real election lawyers (not by Trump's "elite strike force") in Pennsylvania, North Carolina and Minnesota. These cases were all denied by the court but they featured some very disturbing arguments by Justices Brett Kavanaugh, Neil Gorsuch, Samuel Alito and Clarence Thomas (and quite likely Barrett would have joined them if similar cases had followed the election). It seems apparent that in a narrowly-decided election the Supreme Court might well have mustered a majority to discard a whole bunch of legal votes and hand the election to Donald Trump. As Stern explained:

I tried to make it clear before Nov. 3 that (1) these scenarios were possible though not probable; (2) four SCOTUS justices telegraphed their intent to toss out these ballots; and (3) this was the only way SCOTUS could throw the race for Trump.

So we dodged that bullet. Meanwhile, in courts across the land, in all the battleground states — Nevada  Wisconsin, Pennsylvania, Georgia, Michigan and Arizona — Trump has been losing, which is reassuring. The judicial system has apparently not completely lost its bearings. That does not mean the system "worked." In a healthy democracy the president of the United States would not be attempting to overturn a legal election, nor would he be able to convince tens of millions of his followers that he was justified in doing so based upon a series of lies so preposterous that normally only a naive child could believe them. In a system that was working, any leader would be humiliated at having been shown to be such a pathetic sore loser in one courtroom after another. His party would show him the door.

Instead, Trump has been working the phones, strong-arming, threatening and cajoling Republicans in those states, hoping to convince them to discard the election results and have the state legislatures send Trump electors to vote in the Electoral College on Monday. He has not had any luck with that — largely because state laws generally make that impossible — but has succeeded in making Republican election officials the target of threats of violence, for which he has shown not one iota of concern.

Now we have reached a new front in the battle to overturn the election, with a lawsuit brought by Texas Attorney General Ken Paxton, who has been under indictment for securities fraud for the last five years and has recently been accused of various legal violations by his own staff. Paxton is using an obscure procedure to ask the Supreme Court to intervene directly to discard all the electoral votes from Wisconsin, Pennsylvania, Michigan and Georgia, on the theory that alleged voting irregularities in those states have had the effect of disenfranchising Texas voters. The case is absurd on its face, a silly Hail Mary that no one would even pay attention to at this stage if it weren't for the fact that 17 other state attorneys general and 106 Republican members of Congress have signed on to the case — which no legal observer believes has the remotest chance of success.

It's impossible to know the motivations of all of these people. Some are opportunists looking for money or higher office, while some are probably true believers. Paxton himself is almost surely angling for a presidential pardon (although that wouldn't clear him of the charges he faces in Texas). One thing they all have in common is a desire to delegitimize the Biden presidency, regardless of the facts. Even some of the so-called Republican heroes who stood up to Trump are already using the fake voter fraud claims to restrict voting in their states. That's as cynical as it gets.

The Atlantic's Ron Brownstein asked some scholars for their view on where this might all be leading. This response made the hair on the back of my neck stand up:

"Where their hearts are is hard to know, but their behavior is not small-d democratic," Susan Stokes, a political-science professor and the director of the Chicago Center on Democracy at the University of Chicago, told me.

Stokes, like other experts, says the Republican Party is on a continuum toward the kind of "democratic erosion" visible in other countries, including Turkey under Recep Erdoğan, Hungary under Viktor Orbán, or, in the most extreme example, Russia under Vladimir Putin. In those nations, a party that wins office through a democratic election then seeks to use state power to tilt or completely undermine future elections.

The guardrails are hanging by a thread. You would be a reckless fool not to be worried about how long they are going to hold. The system is not working.