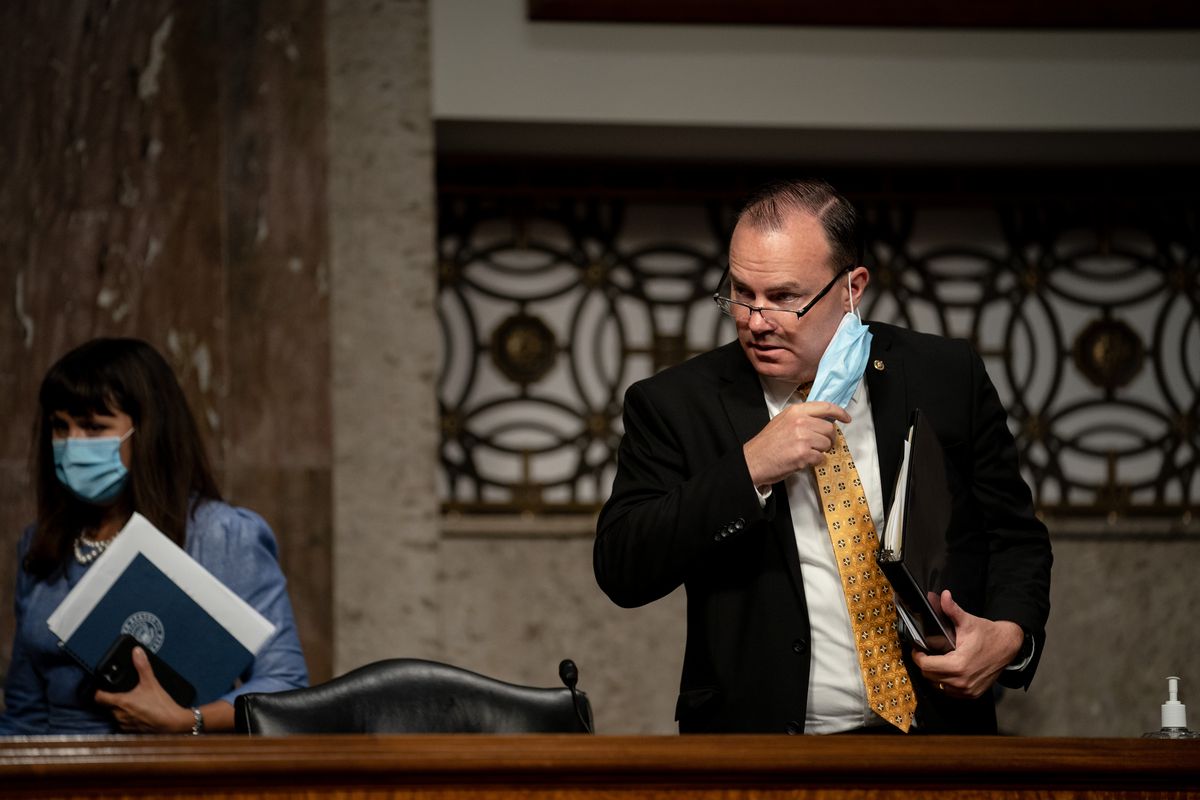 After decades of calls for the creation of a National Museum of the American Latino and an American Women's History Museum as part of the Smithsonian Institution and months of bipartisan work, a lone Republican single-handedly torpedoed the measure — at least for now.

Sen. Mike Lee, R-Utah,  blocked a bipartisan effort to establish national museums for Latino and women's history on Thursday, triggering a heated debate on the Senate floor. Democrats and Republicans tried to establish the museums by unanimous consent, which allows any single senator to block the measure.

Sen. Bob Menendez, D-N.J., and Sen. John Cornyn, R-Texas, tried to pass the legislation Thursday night to establish a museum dedicated to Latinos on the National Mall. "By creating a new museum in the Smithsonian Institution, we can honor American Latino contributions and highlight their stories for future generations," Cornyn said when he introduced the bill last year.

"I am not white or Black or Native American, I am Latino," Menendez said Thursday. "I am one in five Americans today. My grandchildren are one in four school children today. When we walk to the National Mall or when ... anyone walks to the National Mall, no one is inspired by the story of Latinos and Latinas in this country because that story is not being told."

But Lee argued that "the last thing we need is to further divide an already divided nation with an array of segregated, separate-but-equal museums for hyphenated identity groups."

"My objection to the creation of a new Smithsonian museum or series of museums based on group identity — what Theodore Roosevelt called hyphenated Americanism — is not a matter of budgetary or legislative technicalities," Lee said. "It's a matter of national unity and cultural inclusion."

Lee then launched into a soliloquy about "cancel" culture and critical race theory, a topic President Donald Trump has repeatedly harped on. "The so-called critical theory undergirding this movement does not celebrate diversity; it weaponizes diversity," he said. "It sharpens all those hyphens into so many knives and daggers. It has turned our college campuses into grievance pageants and loose Orwellian mobs to cancel anyone daring to express an original thought."

Lee's comments infuriated Menendez, who tore into the senator for blocking a measure with considerable support from both parties.

"I'm sorry," Menendez said. "Sixty million Latinos in this country are watching tonight because this is a much-expected moment. Univision, Telemundo, affiliates across the country, national organizations and others have been waiting for this moment — a moment that everybody in the Congress of the United States agrees to, except for one colleague."

The bill had already passed the House without objections and was unanimously approved by the Senate Rules Committee.

"The House of Representatives passed this on [a voice vote]. The Rules Committee passed it on voice in a bipartisan manner," Menendez said. "And tonight, one colleague stands in the way. One Republican colleague from Utah stands in the way of the hopes and dreams and aspirations of seeing Americans of Latino descent having their dreams fulfilled and being recognized. Just being recognized."

Menendez said that Latinos deserved their own cultural institution as much as Black and Native Americans, who have had dedicated museums established in recent years.

"I could not help but wonder as I heard the comments of my colleague from Utah whether he also tried to block the museum celebrating and telling the history of African Americans," she said. "It seems wrong that one senator can block consideration of a bill that would have overwhelming support by a majority of this body."

Collins then tried to pass a bill to establish a Smithsonian Women's History Museum, which the House overwhelmingly voted to approve in February.

"I can think of no better way to tell the story of American women, to inspire those young girls and young boys who come to Washington to tour all the wonderful museums that are part of the Smithsonian, than to create a museum of American women's history so that they can better understand the contributions of American women to the development of our nation and its proud history," Collins said.

Lee similarly blocked the vote. Collins, who has pushed for the creation of a women's museum for nearly two decades, lamented the move as a "sad moment." .

"Surely in a year where we are celebrating the 100th anniversary of women's suffrage," she said, "this is the time, this is the moment to finally pass the legislation unanimously recommended by an independent commission to establish an American women's history museum in our nation's capital."

Lee said that while he shared his colleagues' "interests in ensuring that these stories are told," he does not believe women or Latinos should have their own museums.

Lee argued that while "all racial, ethnic, religious groups in America are worthy of celebration, even to the extent of having their own museums," in "many instances" those museums do not get federal funding.

Menendez during the debate cited a 1994 Smithsonian task force report titled "Willful Neglect: The Smithsonian Institution and U.S. Latinos," which said that the Smithsonian "almost entirely excludes and ignores Latinos in nearly every aspect of its operations."

"It is difficult for the Task Force to understand how such a consistent pattern of Latino exclusion from the work of the Smithsonian could have occurred by chance," the report said.

The report's authors issued a follow-up in 2018 that found that the problem had largely gone unaddressed.

"Latinos remain largely excluded from participation in arts and cultural institutions that tell the American story," the report said. "The Smithsonian has an opportunity to play a leadership role for the field."