"The Wilds" review: Stranded on an island? Whatever. Just try being a teenage girl (spoiler-free)

Amazon Prime Video’s first YA series is a bold, empathetic entry in the dystopian genre 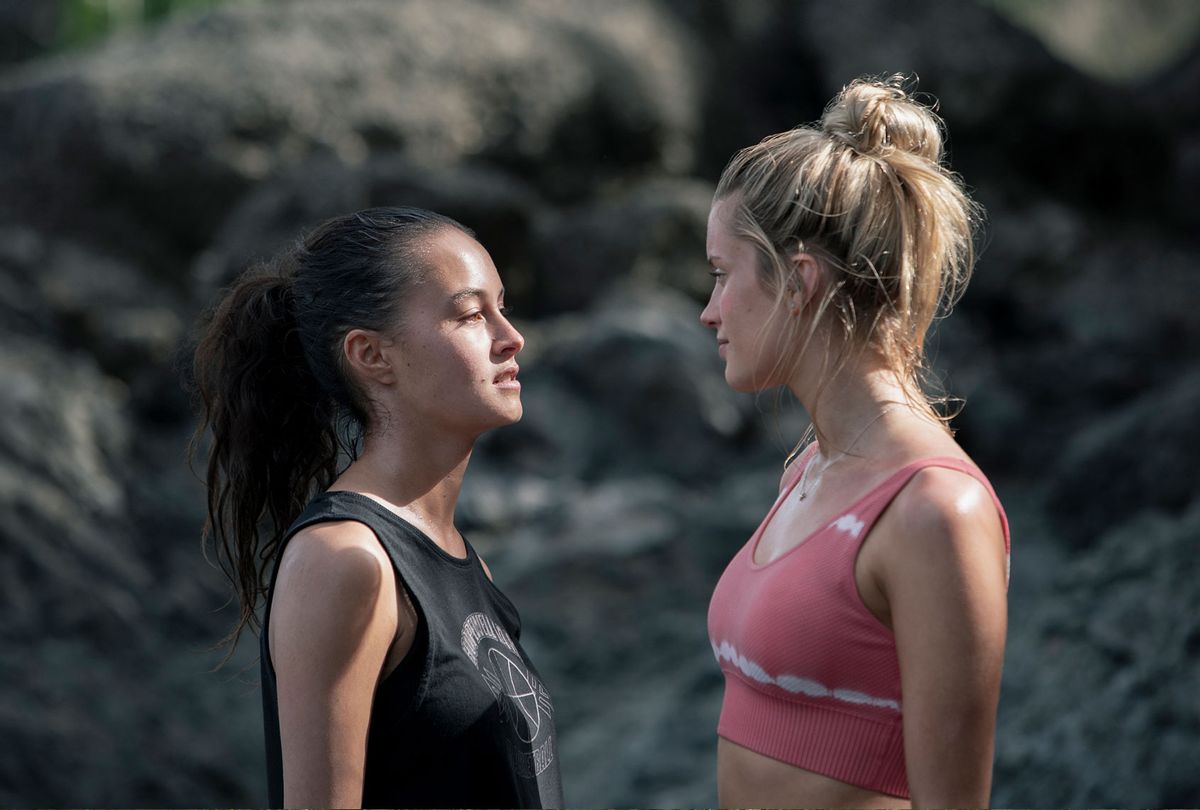 Leah has her head buried in a book. Fatin's makeup is perfect. Martha is worried about her best friend, Toni, who seems increasingly angry. Nora is quiet. Her athletic sister, Rachel, is diligently measuring her food on an app that makes her iPhone double as a scale. Shelby is blonde and sunny. Dot is confrontational. Jeanette doesn't know when to stop talking.

All of them are sitting in a chartered plane en route to Hawaii to attend a young women's empowerment retreat — The Dawn of Eve — over a long weekend.

The plane takes off, things don't go as planned, and these caricatures — purposefully crafted to hit the stereotypical marks of every teen show ever — are about to become the most compelling teenage girl characters seen in a genre TV program since "Buffy the Vampire Slayer."

Creator Sarah Streicher ("Daredevil") takes a big swing on "The Wilds," a cross-genre, propulsive, and heartbreaking coming-of-age tale that is Amazon Prime Video's first entry into young adult programming. That it lands so directly is credit to the performances of the nine actors at the center of the show: Sarah Pidgeon, Sophia Ali, Jenna Clause, Erana James, Mia Healey, Helena Howard, Reign Edwards, Shannon Berry, and Chi Nguyen.

As the women come to terms with being stranded on an island, the background of each character is revealed via flashback — yes, like "Lost," but that's truly where the comparison ends. These are young women in chronological age only; all of them are old souls that have been through the wringer. (The work from Clause as Martha and Berry as Dot, in particular, is jaw-dropping — and it is astonishing to note that this was Clause's first professional acting job.)

With a first-day binge release, the temptation for many will be to plow through all 10 episodes in order to untangle the mystery behind the island. Don't do this. Really, don't.

The backstories of the young women on the island are meditations on the impact of short- and long-term trauma on mental and physical health, and there isn't a false note — ever — hit by any of the actors. Not to cross-pollinate two very different shows about troubled teens, but there is a scene on the intensity level of Zendaya's Emmy-winning "Open the door!" monologue from "Euphoria" in pretty much every episode. You, the viewer, will need a break. Do not wear yourself out with compassion fatigue for the characters. Take the time to absorb each episode, and the emotional impact of the final very sad and satisfying reveal will be stronger.

Read more Indiewire: 'The Trial of Christine Keeler' Review: Drama About a British Scandal Gets Stuck In the Headlines

Besides the young women, there are some adults involved in the machinations: Rachel Griffiths plays a scientist with the empowerment program, while David Sullivan and Troy Winbush are investigators looking into how the women wound up on the island. All deftly operate in the various shades of gray required by their characters — and Griffiths is outstanding as ever in making small choices at the beginning of the show that pay off huge at the end.

Shot in New Zealand on both soundstages in Auckland and the tropical west coast of the country's North Island, the scope of the production is apparent in every shot. The black sand beach where the women spend most of their time was recreated on a soundstage for night shoots, and I never thought I would have to applaud sand continuity in a review, but here we are. No expense was spared — thanks Amazon money! — and it shows.

A special shoutout also should go to music supervisor Jen Malone, ("Euphoria") whose ear for the importance of music in the lives of young people is unparalleled. (Also this Gen Xer cannot wait for the resurgence of The Psychedelic Furs based on an outstanding recurring needle drop of "The Ghost in You.")

While Streicher's work — especially given this is her first time out of the gate as an executive producer — is deft and powerful, there are some wobbles in the narrative. The "Lord of the Flies"-esque stuck-on-the-island tropes are a little too on-the-nose (wild, bite-y animals are wild and bite-y!), the thematic messaging is occasionally too overt, and there are two incredibly frustrating loose ends not tied up by the final episode. As of yet, no Season 2 has been announced, although the groundwork for the story's continuation is well-laid.

The biggest question about the success of "The Wilds" is how a YA show not based on an existing intellectual property will do on Amazon Prime Video. There have been obvious acclaimed successes on the streaming service — Doesn't everyone's mom love "The Marvelous Mrs. Maisel"? Emmy voters certainly loved "The Marvelous Mrs. Maisel!" — but the moms that are paying the Amazon Prime membership and invested in getting an entertainment return for their free shipping money are not the 16-year-old girls who should be watching this show. Amazon is clever to release the pilot for free on YouTube, Twitter, Instagram, and Facebook, but is that enough? In the era of peak TV, it's never a safe bet to ask an audience to switch platforms to continue watching a show.

In addition, the marketing and trailers so far have been something of an intentional misdirect to preserve the central mystery of the show; that's fine, but it's also a tricky line to walk between withholding key plot points and hiding what the show is actually about. (To put it in non-spoiler network terms, the trailer makes it look like a CW show, when actually its linear home would be on FX.)

So, will its intended audience find the show? I certainly hope so. It's a leap forward for Amazon's programming, and taking this kind of creative risk should be encouraged. Raise your glass to toast "The Wilds" for being a rare thing indeed on the TV landscape: a genre show about a diverse group of teenage girls that is relatable, relevant, and important.