Christopher Nolan: Tom Hardy’s Bane performance "has yet to be fully appreciated" 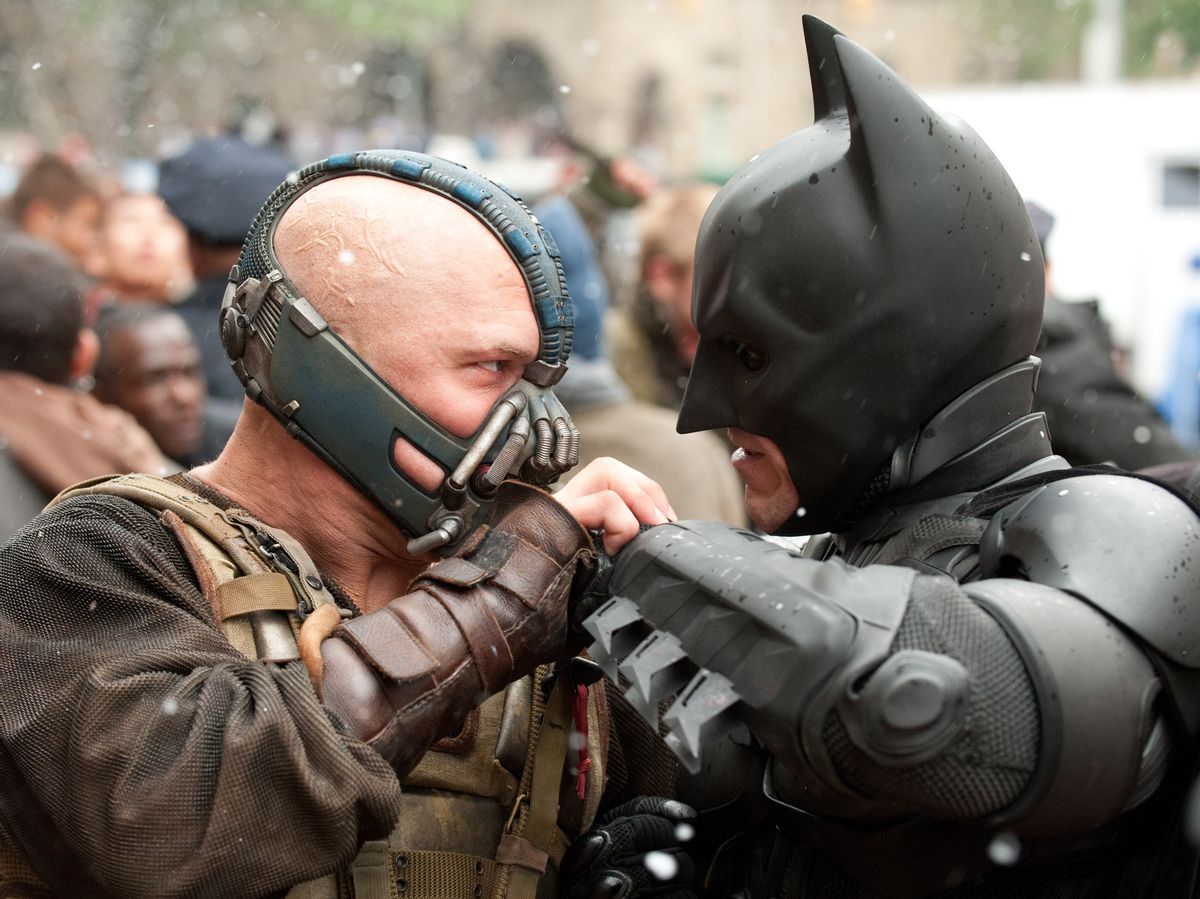 Christopher Nolan's press tour for the December 15 digital release of "Tenet" has been defined by his critical remarks over Warner Bros.' shift to an HBO Max release model, but he's also been giving some buzzy takes on his previous directorial efforts. Case in point: Nolan said during a recent interview on MTV's "Happy Sad Confused" podcast (via NME) that Tom Hardy's performance as the villain Bane in "The Dark Knight Rises" has yet to be "fully appreciated" by moviegoers and critics.

"There's no safety net for any of these guys and Tom, I mean… what he did with that character has yet to be fully appreciated. It's an extraordinary performance, and truly amazing," Nolan said. "The voice, the relationship between just seeing the eyes and the brow. We had all these discussions about the mask and what it would reveal and what it wouldn't reveal, and one of the things I remember him saying to me, he sort of put his finger up to his temple and his eyebrow and said, 'Can you give me this to play with? Let people see this.'"

Nolan added, "Sure enough, you see there in the film, this kind of Brando-esque brow, expressing all kinds of just monstrous things. It's really quite a performance."

While a majority of critics and moviegoers were impressed with the physicality of Hardy's Bane, most of the buzz around the Oscar nominee's performance centered on his muffled dialogue making it impossible to understand anything the character is saying. Nolan has said even fellow filmmakers have called him in the past to complain about his inaudible dialogue.

Later in his "Happy Sad Confused" podcast interview, Nolan also came to the defense of David Fincher's much maligned feature directorial debut "Alien 3," saying, "Everyone always complains that sequels get bigger but we're the people making sequels get bigger, we do want them bigger. You don't want them smaller. It's the 'Alien 3' lesson that [David] Fincher learned. You can do it but it's not going to make anybody happy, even though personally I love that film, a lot more than he does in fact."

Visit the MTV podcast website to listen to Nolan's podcast appearance in its entirety.