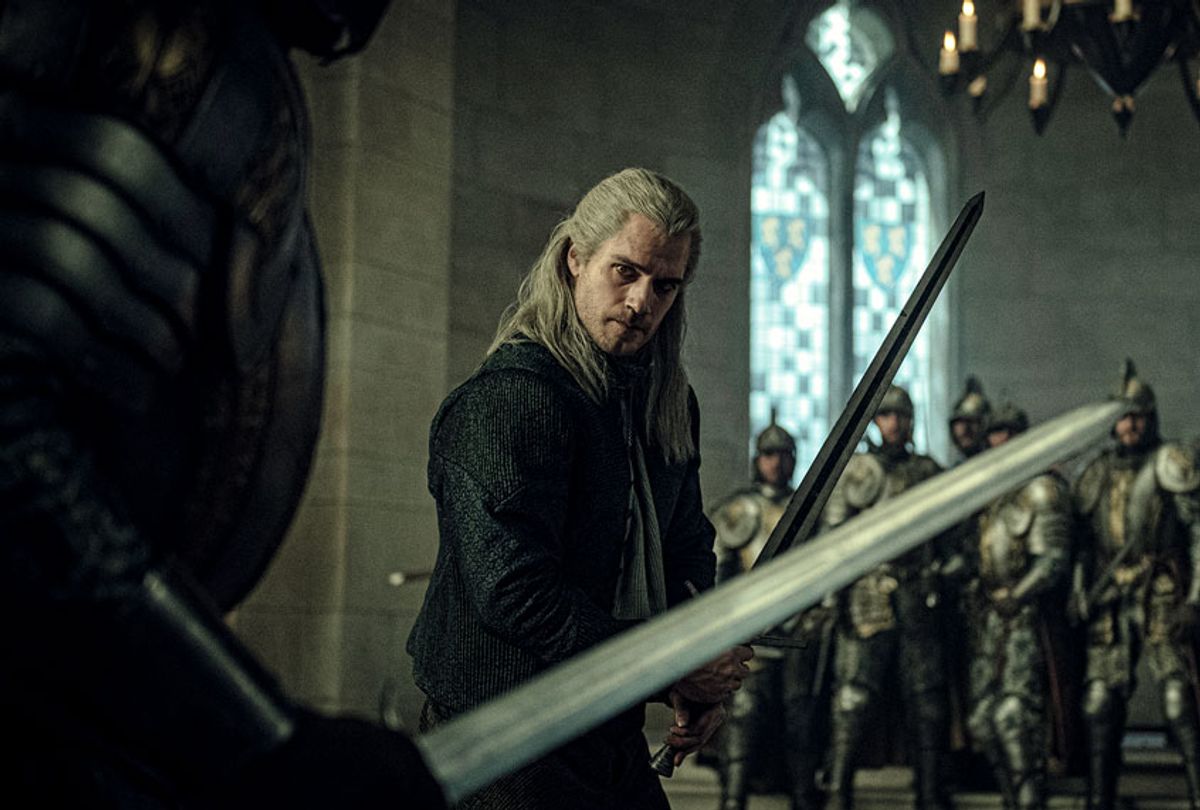 Filming on the second season of the popular Netflix series "The Witcher" is continuing despite its star, Henry Cavill, reportedly sustaining a minor leg muscle injury. Production on the fantasy show was already halted twice this year — first in March, when actor Kristofer Hivju announced that he had tested positive for COVID-19. That hiatus lasted through mid-August during the UK's spring lockdown. Production resumed, though paused again in November when multiple positive coronavirus cases surfaced. The series is currently shooting at Arborfield Studios, west of London.

According to The Sun, which first reported the news, a source said, "The filming has been hit because of what happened to Henry. He was on an assault course and injured his leg," adding, "He just suddenly pulled up and was clearly in a lot of pain. It wasn't clear if an object had hit his leg or it was some sort of hamstring or muscle injury."

At the time of the injury, Cavill was reportedly in 20-foot-tall trees using a safety harness. "It wasn't bad enough to need an ambulance but it's messed up the filming schedule as he can't walk properly," the source said. "He has to wear heavy armor in the scenes and he just wouldn't be able to do it with his leg injury."

The series about monster hunter Geralt of Rivia (Cavill) will go on holiday hiatus later this month like other shows in production, but currently it will continue to film without its lead.

The first season of "The Witcher" was reportedly streamed by more than 76 million viewers in its first month when it premiered on Netflix in December last year. Created by Lauren Schmidt Hissrich, the show is based on the book series of the same name by Polish writer Andrzej Sapkowski, as well as the popular video game franchise.

While plot details for the second season remain under wraps, Hissrich did point to some of the changes from Season 1, including that the writers are forgoing multiple timelines this time around. "What we'll see in Season 2 is that all of our characters are existing on the same timeline," Hissrich said. "What that allows us to do story-wise, though, is to play with time in slightly different ways. We get to do flashbacks, we get to do flash-forwards, we get to actually integrate time in a completely different way that we weren't able to do in Season 1."