Should the Biden administration prosecute Trump? 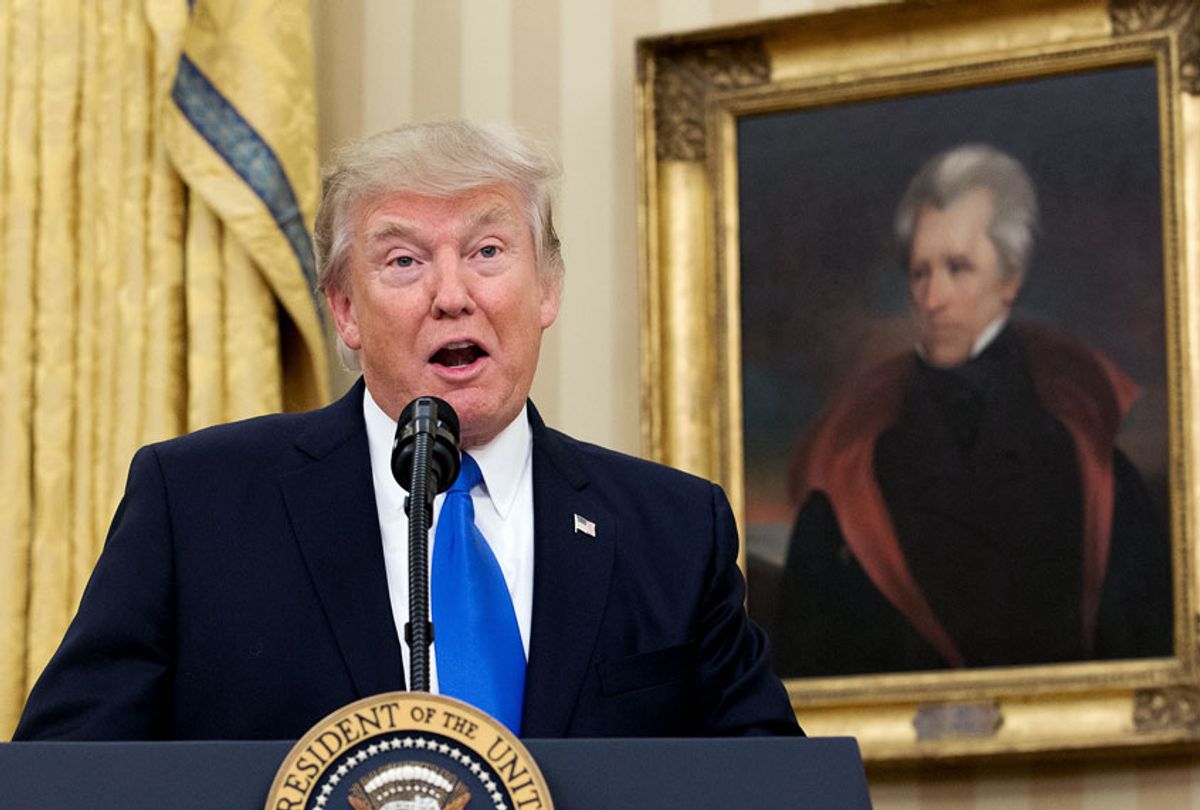 There are very strong arguments for a federal criminal prosecution of Donald Trump, based on the facts and the law.

But taking this momentous step would set a terrible precedent, which would further divide the country — and it might boomerang against the Democrats.

The best course of action, and the most painful punishment for Donald J. Trump, would be for the Biden Administration to ignore him.

This does not mean that the president should get a stay-out-of-jail card. New York state prosecutors are investigating Trump's activities before he became President — and Manhattan District Attorney Cyrus Vance's staff has indicated that they are looking into possible criminal violations.

Those investigations are less politically fraught — and they should go forward.

The issue of whether or not to launch a Federal prosecution is particularly difficult because Special Counsel Robert Mueller uncovered ample evidence that Trump did attempt to obstruct justice — and on numerous occasions.

Furthermore, in his report, Mueller basically invited the DOJ to indict Trump — noting that "a President does not have immunity [from prosecution] once he leaves office". An ambitious U.S. Attorney might want to take Mueller up on that invitation.

In his report Mueller described ten incidents in which the president attempted to obstruct justice.

The president tried to tamper with several witnesses — such as Paul Manafort and Roger Stone — as he dangled the possibility of a pardon to keep them from testifying in court.

Trump also demanded that Don McGahn, his White House Counsel, lie about a key event and create a false document — which Trump planned to use to protect himself against Mueller's inquiry. McGahn refused in each instance.

Trump lambasted McGahn for telling the truth to Mueller's attorneys. Trump was essentially pressuring McGahn to commit perjury when he dealt with government investigators. The list goes on…

Trump's goal was to impede investigations into his behavior — or actions taken by close personal associates — that could create legal problems for him.

This is the very essence of obstructing justice. We don't want to allow Presidents to subvert court proceedings or investigations. If judges or government officials can't get truthful cooperation from witnesses, the machinery of government will break down. The rule of law will disappear.

Some observers have argued that Trump should not be prosecuted because the underlying acts that he was trying to hide were not criminal. But that's not the point.

It is worth remembering that President Richard Nixon did not know about the Watergate burglary in advance. He did not authorize the break-in. Nixon broke the law because he tried to cover up the burglary — destroying evidence and condoning perjury by his aides. Like Trump, Nixon was trying to obstruct justice.

So, the Biden Administration could certainly justify a prosecution on legal grounds. But indicting Trump might create massive political problems — both short-term and long-term — which are more important.

Donald Trump has given every indication that he intends to remain a dominant player in U.S. politics. He might accomplish that feat — but he might also fade into obscurity.

Trump will make a lot of noise, of course, but he won't have the power or the platform that he did as president.

Although Trump's hard-core base may pay attention to his rants on Twitter or on a cable TV show, most Americans will probably tune him out. They're exhausted by four years of his nonstop drama and chaos. They're eager to move on — that's why they voted him out of the White House.

But if the Biden Administration prosecuted Trump, he would stay in the limelight. Trump would declare himself a "martyr" — and rail against the trial as another "witch hunt."

Trump would get the publicity he craves, as Fox News and other outlets followed the course of the proceedings.

Even moderate Republicans might be angered by the attempt to put Trump in jail — and the country could become even more divided.

What if the prosecution failed?

The worst of all possibilities would be a Federal prosecution that did not result in a conviction of Trump.

Trump was wily in his dealings with McGahn — and in his statements about Manafort and Stone. One critical element would be his intent to obstruct justice — and that can be tricky to prove.

In that case, a triumphant Trump would use his "victory" over the "Deep State" to rile up the base — and raise a lot of money for a re-election campaign. He might even get some sympathy votes from independents or moderate Republicans.

And if he were re-elected in 2024, a vindictive President Trump would seek revenge on his political enemies. This time, Trump would find an Attorney General willing to put Democrats behind bars — or at least try to.

More broadly, prosecuting a former president would set a dangerous precedent — even if Donald Trump never returns to power. That's because today's Republican Party is becoming increasingly anti-democratic — even authoritarian.

One of the hallmarks of U.S. democracy is the peaceful transfer of power. When one political party wins an election, it does not launch a vendetta against its opponents and throw them in jail. In many countries, sadly, that is not the case.

But this tradition of relinquishing power depends on a fundamental principle: Each political party accepts the legitimacy of its rivals.

If the opposition wins the election, they have the right to exercise power and promote their policies. However, many Republican leaders no longer seem to accept this premise (That is also true, unfortunately, for some Democrats on the left side of the party).

Trump is a symptom, not a cause, of the GOP's increasingly authoritarian tilt. Many Republican leaders (and their followers) refuse to accept the legitimacy of elections when Democrats win — on the state or the federal level.

Senator Mitch McConnell's refusal to recognize Joe Biden as the President-elect — one month after he won the election — is the latest example of this deplorable trend. And it is profoundly disturbing that 70% of Republican voters think that the 2020 election was rigged — and Biden was not elected fairly.

Trump has certainly accelerated this trend of treating Democrats as illegitimate, which makes the political climate even more dangerous. Many rank-and-file Republicans have warmed to the idea of sending Democratic politicians to prison.

At Trump's MAGA rallies four years ago, when Trump attacked Hillary Clinton, the Democratic nominee for president, the crowds loved to chant, "Lock her up"!

And in the latest campaign, Trump called repeatedly for the DOJ to prosecute a growing list of his opponents: Hillary Clinton, Joe Biden, Barack Obama, Alexandria Ocasio-Cortez, and others. The crowds roared their approval, shouting "Lock' em up!"

What is especially troubling about these rallies is that Trump has never provided a credible rationale for sending any of these Democrats to jail. Their "crime" seems to be that they have opposed or criticized him. In other words, they engaged in politics.

Democrats have not resorted to that kind of wild rhetoric. This is a Republican phenomenon, not a Democratic one. Other Republican leaders have not criticized Trump for suggesting that Democrats should be jailed.

We would be naïve to think that these attitudes will change just because Trump will depart the scene. Unfortunately, it's quite possible that aspiring presidential candidates such as Mike Pompeo and Tom Cotton will follow Trump's playbook in this regard. They have seen that it works.