Cider makers are betting on foraged apples for climate resilience 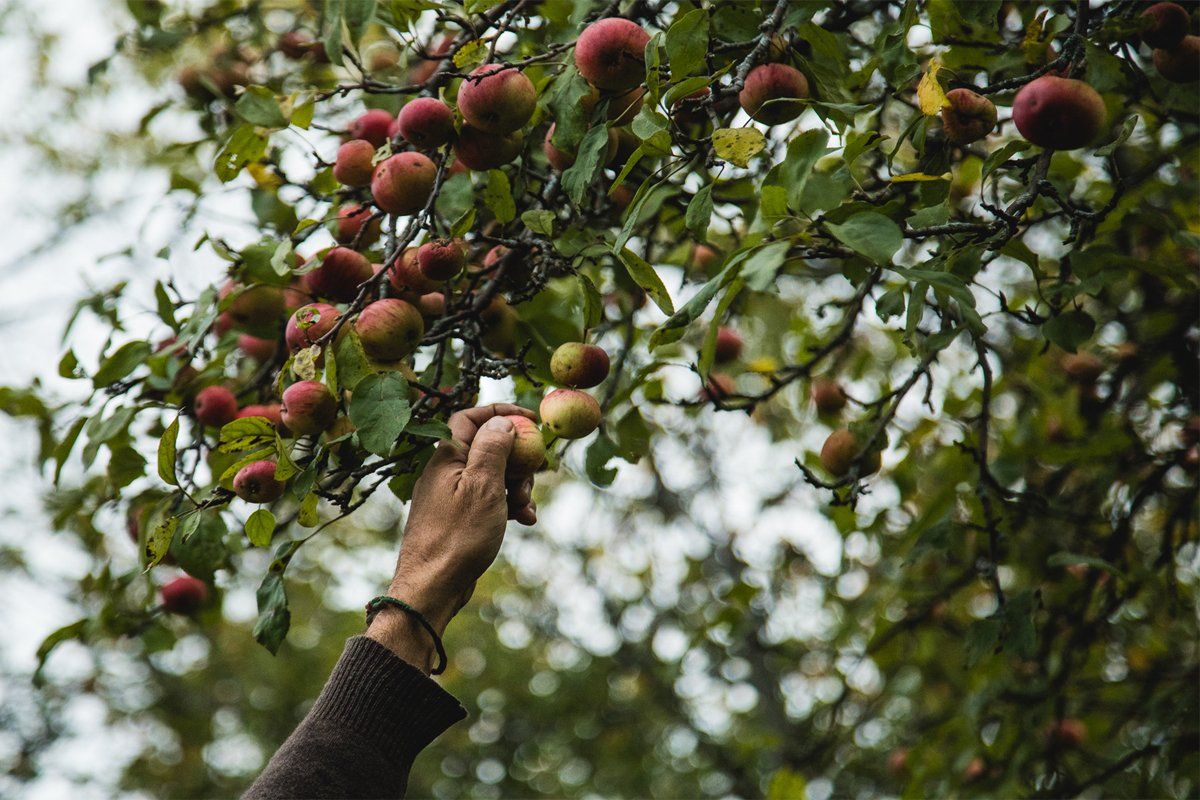 If you know where to look in the fall, you'll find patches of ground turned red with wild apples in certain parts of Ithaca, New York. Steve Selin knows where to look — and he seeks that bounty out in his role as cider maker at South Hill Cider. Although Selin owns a small orchard just outside of downtown Ithaca, he also spends time searching the hedgerows and forests around his part of the Finger Lakes for wild apples to use in his cider. 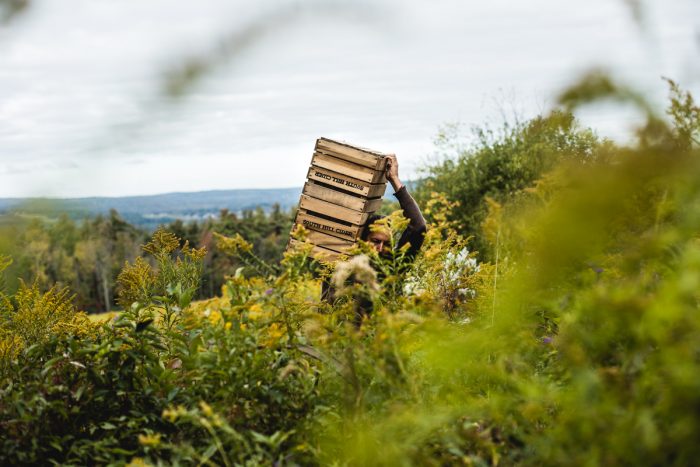 "Wild apples have a character that is impossible to simulate," Selin said. "Like the difference between picking wild mushrooms and growing cultivated mushrooms. And the trees grow in the wild; they are generally very slow-growing and quite old. These two characteristics are known in the wine world to create more concentrated wine. I also find that is the case with apples."

You probably wouldn't want to bite into one of the apples Selin finds. They're tart, sour, and often bitter. But their intense flavor was made for fermenting and turning into cider. Quite literally.

Centuries ago, cider was the alcoholic beverage of choice, with many landowning Americans growing apples to ferment into hard cider. When prohibition went into effect, apple growers began to focus on producing the fruit as a snack instead of a beverage, and orchardists began breeding and propagating sweeter apple varieties instead. As a result, many cider apple trees were abandoned, left to grow on their own — and most people have never tasted cider made from their apples.

Selin, who has been bottling cider since 2003, now finds himself in the midst of a cider renaissance in the U.S. And with the beverage making a comeback, growing 10 times in retail sales from 2008 to 2018, some cider makers aren't just foraging for wild apples, they're also grafting older, wild apple varieties in their orchards.

While some of these apple trees are wild in the sense that they grew from seed to tree, others likely came from cultivated varieties planted decades ago and since forgotten. In addition to ensuring a steady supply of the most optimal cider apples, cultivating these varieties also enables cider makers to grow the fruit to withstand the looming threats of global warming and the range of diseases and pests that climate change will bring to their regions.

Selin is grafting and planting some of the wild seedlings he has collected. "We have about 100 of them in the orchard that  will be bearing fruit in the next couple of years," he said. "We grafted another 100 this year and are increasingly going in that direction. I believe that these will be the next generation's cider apples in our region."

While apples grow in all 50 states, most cider apples are grown in the Northeast, Northwest, Mid-Atlantic, and Midwest. They need well-drained, slightly acidic soil and cold temperatures, but milder winters, late frosts, rain, and drought can all lead to large crop losses, such as the frost-and-hail combination that wiped out some crops throughout the Northeast last May. The climate crisis will also bring changes in pathogens, pests, and an increase in bacterial diseases such as fireblight, which affects fruit trees such as apples and pears and can destroy entire orchards.

"[Climate change] doesn't necessarily mean more pest and disease pressure, but it does mean changes," said Cameron P. Peace, a professor of horticulture at Washington State University. "You can breed apples to be resistant to fireblight, [but] something new may come along, or the strain of fireblight changes and overcomes the current resistance." 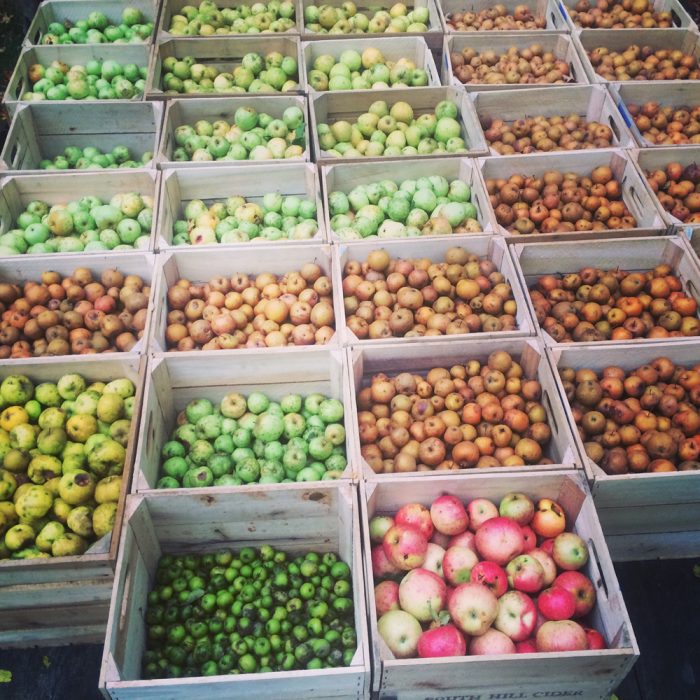 Peace oversees the school's student-run Palouse Wild Cider Breeding Program, which, for the past six years has worked to breed cider apples that are fireblight resistant and bred to grow in the local region and flower quickly, allowing the students to see the outcome of their crosses. They started with more than 20 wild apple seedlings species, along with heirloom and modern seedlings from the U.S. Department of Agriculture (USDA)'s Geneva, New York collection.

"The students are making crosses that have never been made before, and it's amazing the things that are coming out of it in terms of the fruit's shape and color — and underlining that is genetic diversity, which provides an opportunity for adaptation for various climate changes," said Peace.

While his students are focused on developing apple varieties for Northwest, Peace hopes that by focusing on wild apples they help develop tools to encourage more breeders to use more diversity. 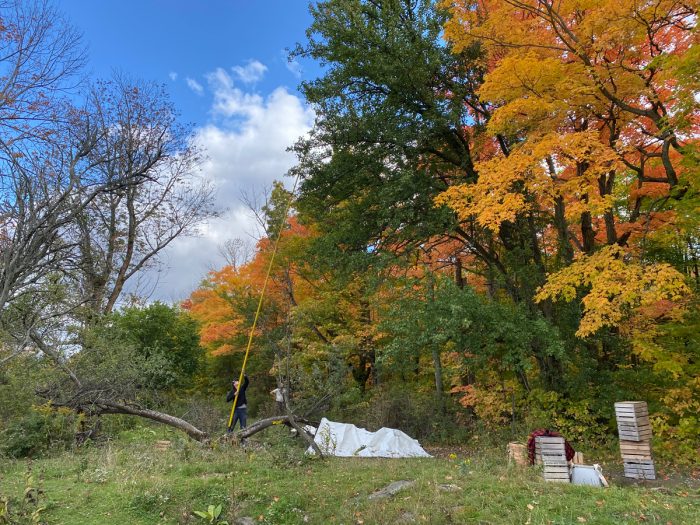 "I think breeding should be regional," he said. "People shouldn't be trying to think of breeding for the whole world. We are planning for the future decades ahead, and while you might want to do your trials in a warmer climate, in general where there is a viable crop, there should be a local breeder working on those varieties. If they happen to do well somewhere else, good for them."

One of the tools Peace has helped to develop outside of the student-run breeding program is DNA diagnostic tools of apples and cherries, which will allow botanists to more accurately predict how the trees and their crosses will perform.

Finger Lakes cider makers at work in the orchard

Shatt and his wife and business partner Deva Mass started cider orchards in Burdett and Trumansburg, New York, in 2003, relying in part on wild trees they found in abandoned orchards. They have been making cider for the public under the Redbyrd label since 2010.

"It's always been a quest in farming for me to grow in a way that requires the least amount of inputs," Shatt said. "In discovering wild trees, it was kind of obvious that because they establish themselves and have continued to survive and produce crops of apples without any inputs, that there was a good potential to cultivate them," he added. 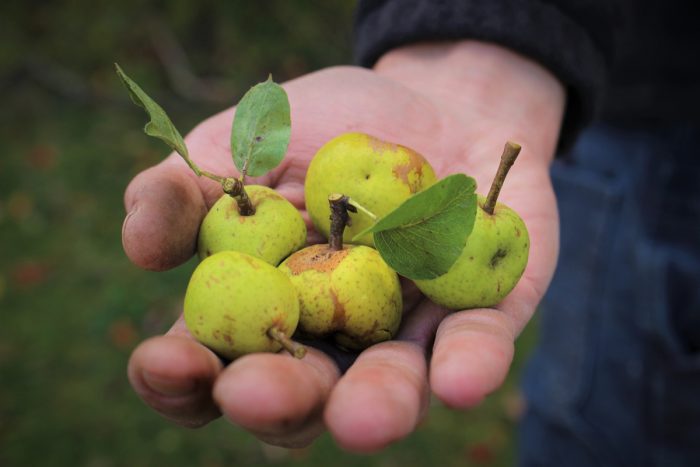 Over the course of their work, Shatt and Mass have grafted about 30 different wild apples into their orchards, although there are only about five or six that Shatt said he continues to be excited about.

"Once you graft them in, sometimes they don't perform the way they did in the wild. They're overly vigorous, or they don't produce enough," Shatt said. He now gives what's known as scion wood — a shoot from an established tree used to start a graft — to others who want to grow the varieties he's cultivated.

"I'm on this quest to grow food in a low-impact way. In searching for and discovering naturally resilient cultivators and bringing them into the orchard, we're promoting sustainable food systems," Shatt said.

Read more Civil Eats: Op-ed: Dear Secretary of Agriculture, This Is Your Chance

While foraging is endemic to the local culture in Ithaca, and many Finger Lakes cideries market their products that way, Mass and Stoscheck are keenly aware it's happening on land that once belonged to the local Indigenous population.

"We hope that through featuring wild fruit in ciders that tell a story about a place, we can begin a dialogue around land rematriation and reparations in a state where less than 2 percent of farmers are BIPOC. We're trying to organize around paying it back," Stoscheck said, adding that she is working on a holiday pack and virtual tasting with Redbyrd Orchards Cider with proceeds going to Quarter Acre For The People, a land access project.

"This is not the final thing on reparations; it's more like a starting point in a conversation around what businesses can do," she said.

Stoscheck started Eve's Cidery nearly 20 years ago. She and her business partners forage mainly for wild pears, specifically looking for fireblight-resistant trees. They've grafted and are trialing wild pear specimens that other cidermakers in the Finger Lakes have found, as well as apples. 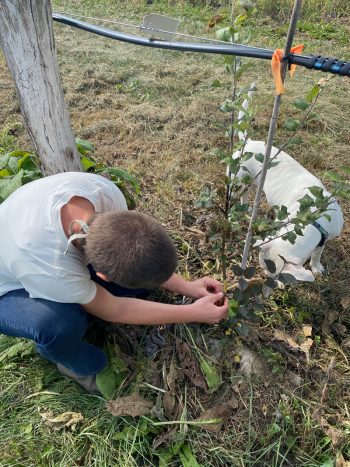 Her big focus, though, is growing rootstock on to which she can graft the apples. Most rootstock is dwarfing rootstock, which comes from the West and produces the smallest type of apple trees. Since the 1950s, rootstock has been bred to be smaller and more productive, for a focus on ever-higher planting density, ever-earlier yields, and ever-higher yields per acre.

"It is considered not commercially viable to plant an orchard on anything but dwarfing rootstocks," Stosheck said. "However, the price you pay for all that productivity is a tree that really couldn't survive in any natural setting."

She's started planting a cold hardy rootstock that she believes is also less susceptible to mouse girdling than many other rootstocks, helping make for a large, healthy, vigorous tree that will be more resilient to a low-input organic management system.

Stoscheck is excited by the developments she and other cider makers are bringing about, related to both cultivation and taste, in their work with wild varieties. "If universities and corporations are breeding apples for shelf life and yield, what are you as an eater missing out on in terms of flavor?" she asked. "Cider made from wild and heirloom apples offer a whole delightful universe of flavor and aroma that you've been deprived of and never knew existed."

Still, it's a long-term project, she emphasized. "We're at the beginning — it's a project that's realistically multi-generational. We're working on it; we're figuring it out. I have ideas, [but] check back in 30 years."