Fresh tarragon and its 9 best uses

Don't walk past this herb, which tastes “like licorice chilled out and went to the countryside.” 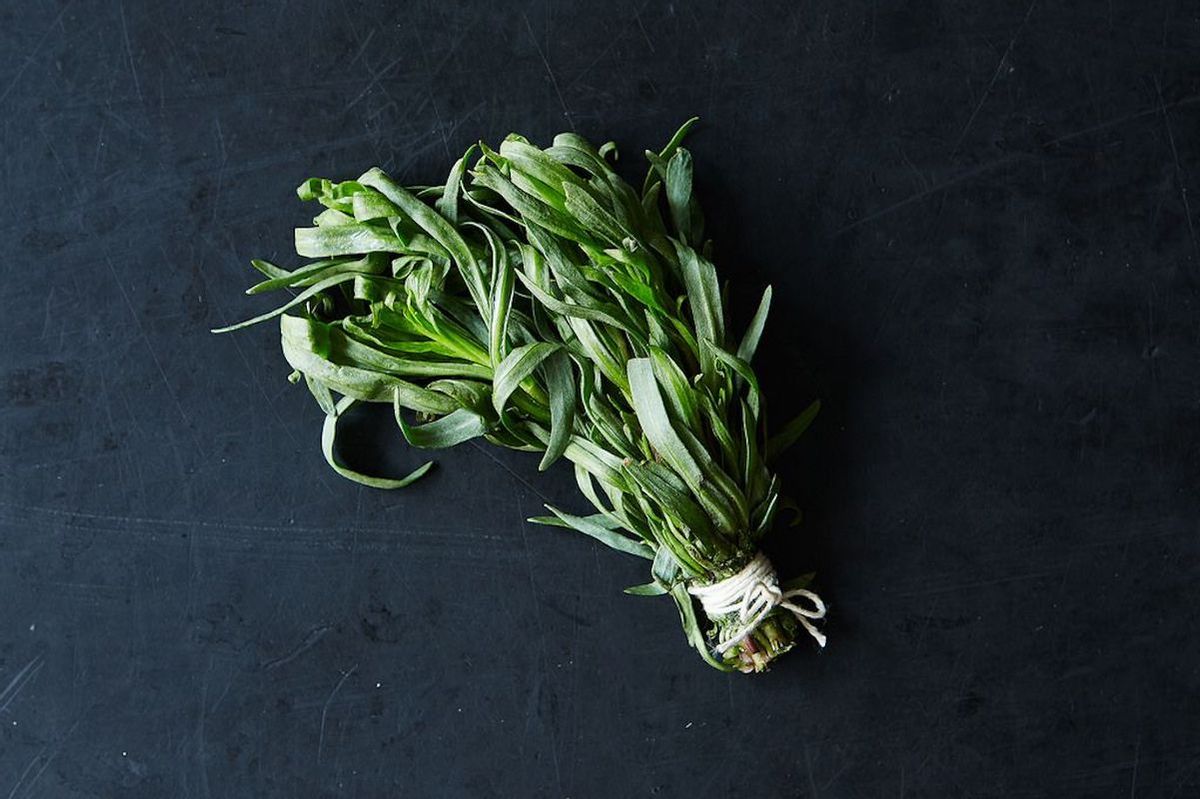 Every week Food52 gets Down & Dirty, in which we break down our favorite unique seasonal fruits, vegetables, and more.

Today: All this month we'll be stocking up on fresh herbs to get our spring fix. Next up, tarragon.

Label something as "King" (see especially: beers and burgers) and you're setting yourself up for disappointment—they rarely live up to their regal name. Luckily, when the French do something, it tends to be more promising. Tarragon is known as "the King of Herbs" in France, and in this case it's a well-earned title. Tarragon is a mainstay in French cooking and an essential ingredient in both Béarnaise sauce and the combination of herbs known as fines herbes.

But its royal status hasn't carried over stateside—not yet anyway. When we add fresh herbs to a dish, we're far more likely to reach for basil, chives, or even the polarizing cilantro, only procuring tarragon when a recipe calls for it. It's time for that to change. This spring, vow to start using this versatile anise-scented herb more often.

If you're a licorice-hater, it doesn't necessarily mean you're going to hate tarragon, too—give it a shot. It doesn't have a harsh flavor; Kristen describes it "like licorice chilled out and went to the countryside." Our beloved thirschfeld adds: "The smell is a magical anise elixir, packed with the promise of the other herbs that will follow close behind: lovage, savory, chervil, and chives."

More: If you can't get enough of tarragon's anise flavor, salty licorice might be the candy for you. 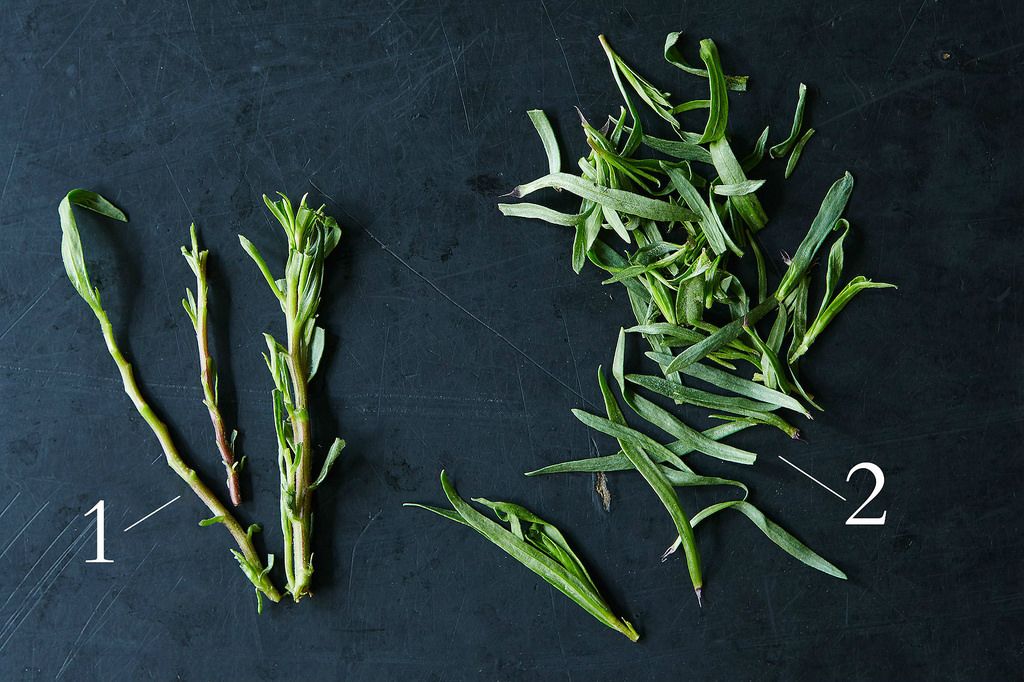 You're most likely to find French tarragon at the grocery store—which is good because it's the one you want. If you end up with tarragon with a tamer flavor, you might have found Russian tarragon, which Jack Staub refers to as the "far-heartier-of-habit but infinitely less tasty surrogate." If you're wondering why anyone would bother with a less-tasty tarragon, the "far-heartier-of-habit" bit means it actually likes poor soil conditions and puts up with neglect and dry spells. So not only can Russian tarragon thrive in adverse conditions, but it can also be grown from seed—French tarragon rarely produces viable seeds, so new plants have to be propagated by root division or stem cuttings.

A final type, Spanish tarragon, isn't in the same genus as the first two, but it's still a better substitute for French tarragon than Russian tarragon is (sorry Russian tarragon). It has wider leaves and is a little milder and sweeter in flavor.

Store tarragon in the fridge, either loosely rolled in a damp paper towel and then placed in a plastic bag or in a jar of water loosely covered in plastic. Tarragon is not well-suited for drying, as it loses a lot of its flavor. If you want to save some for later, follow Deborah Madison's suggestions: "Working tarragon into herb butter or steeping branches in oil or vinegar is perhaps a better way to preserve its flavor, at least for a limited time."

More: Here are 5 ways to flavor your butter with fresh herbs. 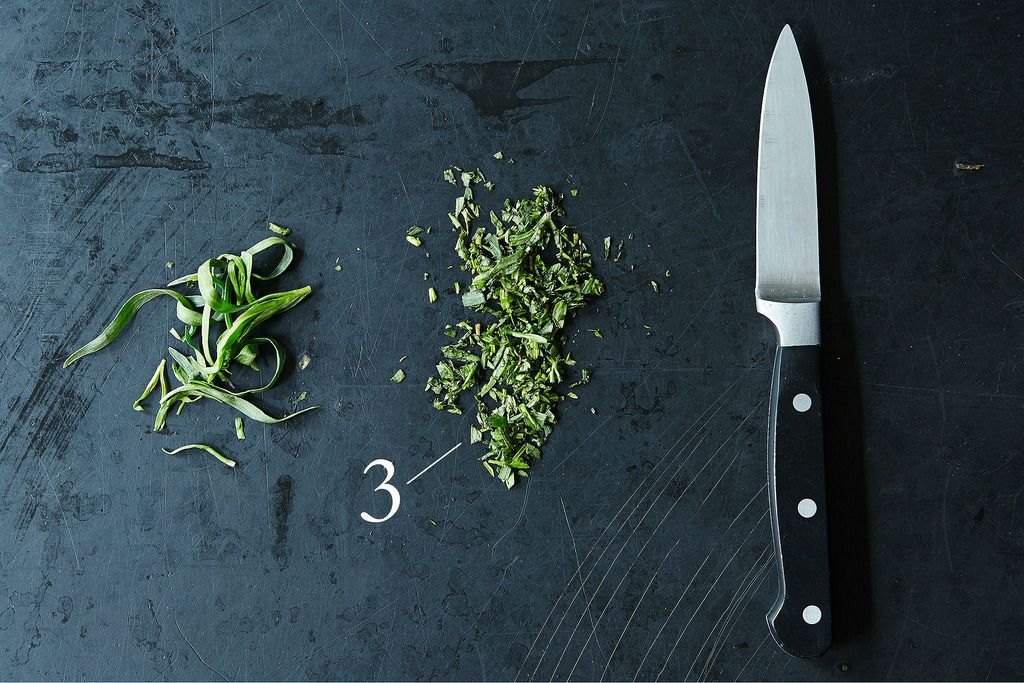 Once you're ready to starting using your fresh tarragon, strip the leaves (2, pictured far above) from the stalks (1, far above) and chop it up (3, above) as needed for your use. Remember to add it at the end of cooking; otherwise, its flavor will be diminished. Here are 9 foods that could use more tarragon:

Potatoes
If you're not sure how you feel about tarragon, try it first in comforting potato dishes, like a potato salad or a springy one-pot meal with pork shoulder, new potatoes, and peas.

Eggs
Add fresh tarragon to all sorts of egg dishes, from scrambled to deviled.

Seafood
Tarragon plays well with a variety of fish, from salmon to tuna to snapper—and even works in a dipping sauce for fish sticks. Use fresh tarragon with bivalves like clams and scallops, too.

Sauces
Next, add tarragon to sauces—all of the sauces: pesto, aioli, sauce gribiche, and green goddess dressing. Then go wild and add tarragon to a savory whipped cream with capers, a lemony dip with lima beans, a walnut and anchovy sauce, and this Semi-German Green Sauce.

Cooked Vegetables
Tarragon has quite a strong flavor, which plays ever so nicely with roasted, grilled, or gently braised vegetables (plus, plenty of olive oil and salt!). I'm craving these roasted baby turnips with a shallot-mustard vinaigrette; roasted asparagus with creamy lemon sauce and a poached egg; these Genius braised buttery whole scallions; and I'm sure you know that grilled artichokes need nothing else but a good aioli—this recipe is packed with tarragon.

By the way, tarragon is just as powerful paired with vegetables in a creamy soup, like these soups for all seasons: asparagus and yogurt (spring into summer), garlicky zucchini (summer into fall), celery root and apple (fall into winter).

Pasta
Just as licorice-y fresh fennel or fennel seed-packed sausage pairs wonderfully with pasta, so too does fresh tarragon. This mean, green lasagna (which actually does also call for fresh fennel as well!) leans into those anise-y flavors, while this lemony mushroom spaghetti and this garlicky, nutty fusilli number both pair the herb with asparagus. Not an asparagus fan? Try tarragon pasta with ricotta-coated summer squash.

Cocktails and Other Drinks
When it comes to mixing herbs like tarragon into cocktails (and mocktails!), lean into bright, citrusy flavors. You could simply muddle a handful into your favorite highball, but if you want to start with a recipe, try a grapefruit-tarragon gin and tonic or a floral melon and white rum mojito. PS: it's just as exciting in classic lemonade.

Dessert
If basil and sage make their way into your desserts, welcome tarragon to the party! We'll start with this tarragon-infused butter peach pie, with a scoop or three of grapefruit-tangerine-lemon-tarragon sorbet. And since fruit desserts are clearly the way to let tarragon shine, why not fill the freezer with a batch of strawberry-tarragon ice pops while you're at it.