Ready for Donald Trump's Mar-a-Lago shadow presidency? That's where all this is heading

Slates of fake electors are only the beginning. Trump and Stephen Miller may try to run an entire fake presidency 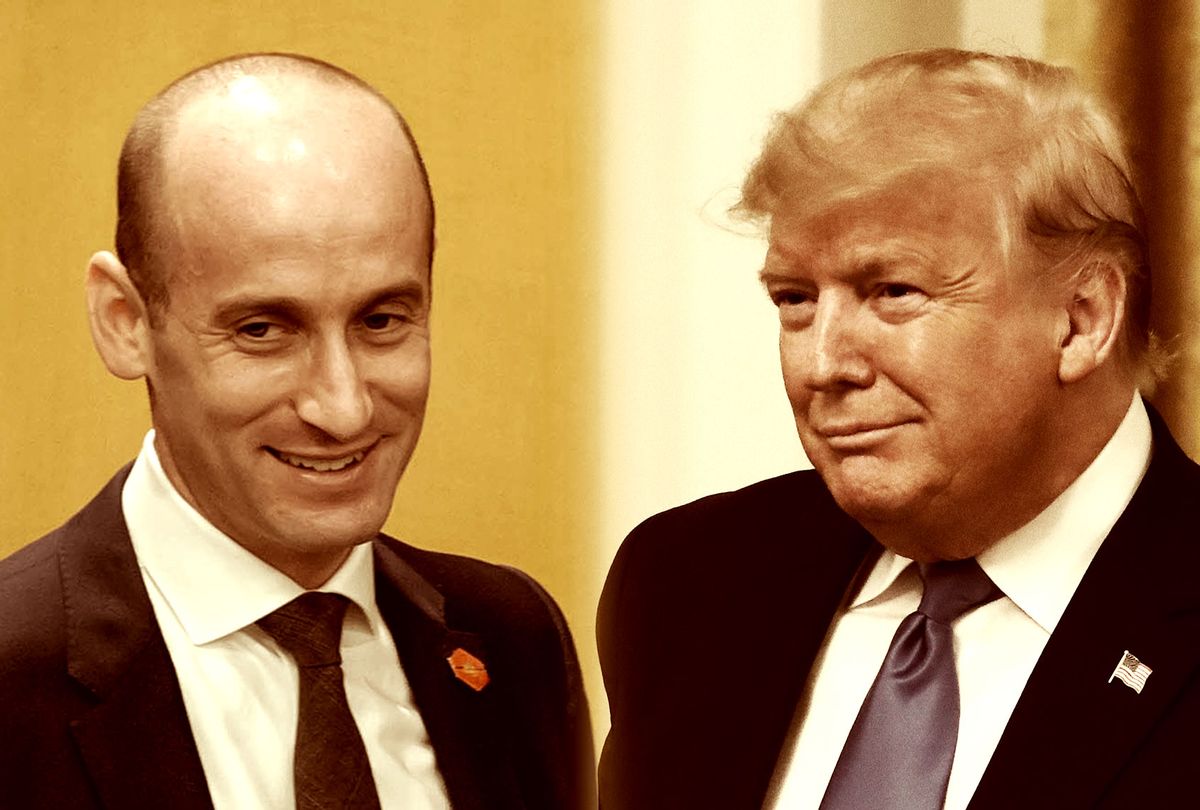 Also on Monday, the Electoral College officially affirmed Joe Biden and Kamala Harris as the winners of the election, 306-232. This, Miller seemed to suggest, is irrelevant.

Miller explained that Republican legislators in the major swing states will send alternate electors to Congress — electors who, unlike the actual electors, have cast their ballots for Trump in defiance of the popular-vote outcome.

"You have an alternate slate of electors in a state like, say, Wisconsin or in a state like Georgia,"  the lifeless-eyed outgoing White House adviser began. "And we'll make sure that those results are sent up side by side to Congress."

In other words, Miller apparently believes these "alternate" cosplay Trump electors will allow congressional Republicans to take one last stab at certifying the fake Trump electoral vote over the votes of the actual electors.

Sure enough, to this point Republicans are following through with this charade. In Arizona, Nevada, Pennsylvania, Michigan, Wisconsin and Georgia, rosters of phony-baloney GOP electors cast their ballots for Trump. Meanwhile, the actual Texas electors even voted 34-4 to support these sham electors.

The Red Hats have gotten desperate enough to fool themselves for another couple of weeks, into halfway believing their slates of fake electors will hand Trump the real presidency. It doesn't work that way, obviously, but it further enables what I believe is Trump's longer-term plan.

For some time now, I've been predicting on my podcast and elsewhere that Trump is setting up a shadow presidency and real-life fifth column. This elector scam augments the framework for it. He's already spent most of November and December insisting that he's the actual winner of the election, "by a lot." Now he has so-called electors to backstop his claim.

It's entirely possible, if not inevitable, that Trump will hold his own swearing-in ceremony on Inauguration Day, probably in the context of another super-spreader rally. That will officially launch his shadow presidency, while conveniently distracting at least some viewers from paying attention to the actual inauguration of President Joe Biden at the U.S. Capitol. During the event, Trump will inevitably yawp his way through a "second inaugural address," laying out his supposed agenda for the next four years. From there, he'll retreat to his alternate-universe "White House" at Mar-a-Lago, where he'll proceed as if he were still the chief executive. Except now, he'll be the president of a diminishing group of loyalists who will acknowledge him as their president-in-exile, awaiting his triumphant return to Washington in 2025.

Sociopathic tyrants like Trump never abandon their power. They must be dragged away from it. Psychologically speaking, pretending to still be president will go a long way toward dampening the pain of Trump's ouster. He's like a child who's told he can't have a dog, so he buys a BB gun instead and shoots pellets at the neighbor's dog.

There's no chance Donald Trump will simply walk away. He can't physically bring himself to do it. A shadow presidency, therefore, will allow him to continue play-acting as a wrongfully deposed leader, forced by a "rigged election" to flee to Florida, where he'll continue to lament how unfairly he's been treated. He'll sign fake executive orders condemning actions by the Biden White House. He'll hold press conferences, rallies and maybe even State of the Union addresses — cut-rate imitations of all the things he'd normally do as president.

And his supporters will go along with it, while framing Biden as the fake president. After all, Trump's Red Hats have been suckered into believing that the world's most notorious con man is the only leader telling the truth, while literally everyone else, including Fox News anchors, Trump-supporting governors and Trump-appointed judges, is lying. To deny the presidential authority of Trump is to deny the existence of God. So of course they'll ride along with the shadow presidency. They'll suck it down like heroin, the same way they've sucked down every horrible deed, every trespass and every crime for the past four interminable years.

Why wouldn't they? It checks all the boxes, including the all-important victimhood box. No one loves playing the victim more than Trump and his aggrieved, mostly white and mostly male supporters. That sweet, sweet victim card will keep them sufficiently motivated to remain entrenched in their political Galt's Gulch — their involuntary exile — waiting for the moment of glorious return, when they can carry Trump's ponderous bulk back into the White House aboard a gilded palanquin.

Naturally, this vaporizes the American tradition of "one president at a time," but political traditions are meaningless to Trump and his followers. If it's not nailed down, he'll knock it over. The serious danger intrinsic to this plan is that it may further split the country, normalizing sedition and marching us toward some form of disjointed secession. Other than charging him with the actual crime sedition under 18 U.S. Code Chapter 115, however, there's not much that can be done, chiefly because we've never been down this road before. I honestly don't know how this will end up, but it won't be good for America.

Irrespective of whether Trump follows through on any of this, we live in a nation where upwards of 74 million suckers are cool with fascist tyranny. Worse yet, they believe in the small, weak, whiny man at the center of it, and buy into his harebrained schemes. I've often said that Trump could promise his Red Hats their very own jetpacks made of beef, and they'd believe him. After all, they believe he passed Veterans Choice. They believe his economy was the greatest ever. They believe Trump is a patriot who loves democracy. They'll delude themselves into believing anything, including his self-anointed status as the one true president.

Suffice it to say, this is a worst-case scenario. My ongoing disclaimer is that I hope I'm wrong. But everything we've observed about Trump surely indicates that, at the very least, he'll never acknowledge that he lost the election and he'll never shut the hell up about it either. So whether he pretends to be a second-term president or whether he simply re-litigates the 2020 election at rallies and on Twitter until ... whenever, he and his fanboys will continue to be disruptive to the functioning of the republic. It's now a matter of degree: How disruptive will they be, exactly? It would be a mistake to underestimate the extent to which they'll continue to prop up their deposed autocrat, trying anything to derail the Biden presidency. Worst of all, as soon as the rest of us let our guard down, they'll be back. And if that happens, the sequel will be far worse than the first time around.