Winter TV Awards: "The Mandalorian" is a crowd-pleaser, but is it an awards player?

And does it matter? 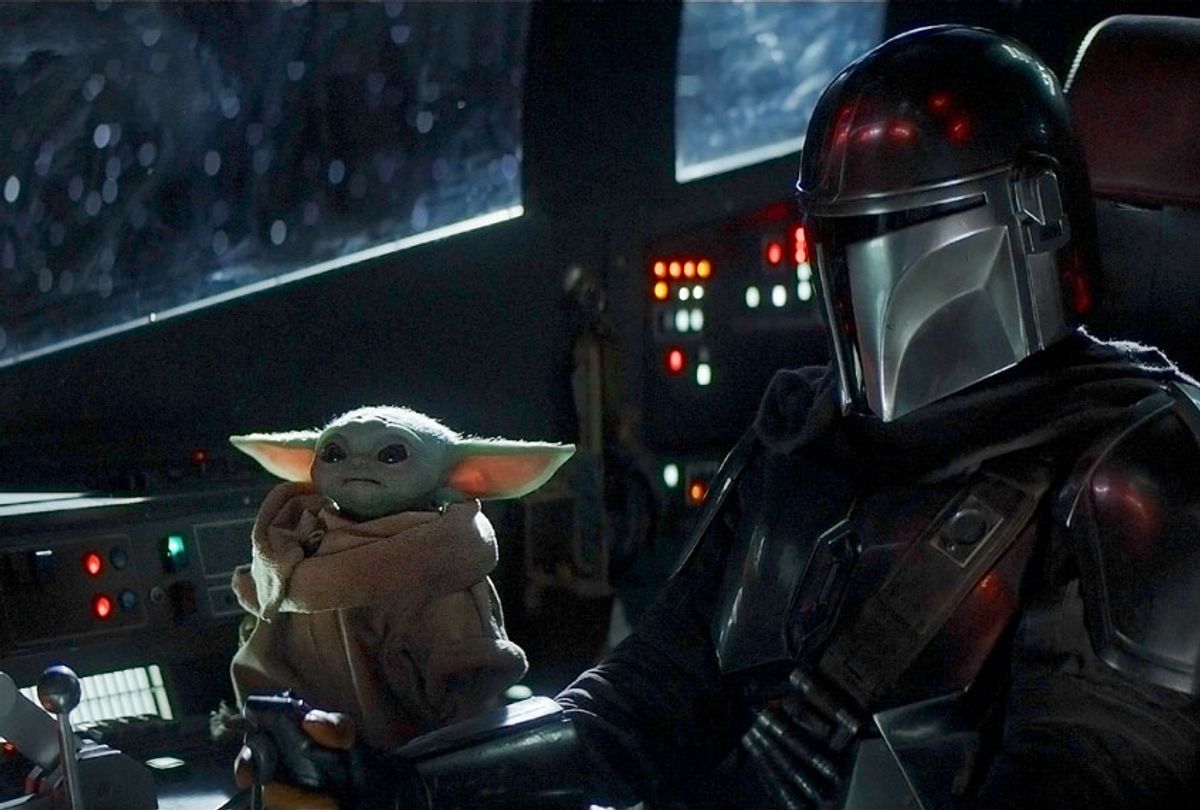 The Mandalorian (Pedro Pascal) and the Child in THE MANDALORIAN (Disney+)
--

Can you participate in the streaming television game and not be interested in awards validation?

It's a question that kept bouncing around my head during last week's Investors Day call, where the Walt Disney Company put on quite a show, bombarding critics and fans alike with news of pending content, most of which draws from the organization's endless troves of intellectual property. There was a clear feeling of dominance at the event, which also announced that the streamer's subscriptions had reached nearly 90 million — a full four years sooner than its pre-launch goals.

All of which is great, particularly in light of the streamer's seemingly accidental success this year at the Emmy Awards, where "The Mandalorian" won seven awards from 15 nominations.

It's an exciting time, particularly for fans of Star Wars and Marvel, with each franchise having 10 series in the works, as well as 10 Disney live-action, animation, and Pixar series to come.

The biggest takeaway from Disney's presentation is how it appears to be delineating distribution of its content. Disney+ is where franchises live, those things you immediately associate with the brand, in addition to Marvel, Star Wars, Pixar, and the like. But if you're looking for programming that offers a clean break from the glossy veneer of most Disney+ offerings, you're going to have to turn to, well, not Disney+.

That seemed to be the messaging from TV Studio Chief Dana Walden during last week's event, at which point she spoke about several new shows the company was excited about that would find their home on Hulu, not Disney+. Among the titles were "Only Murders in the Building," starring Steve Martin, Martin Short, and Selena Gomez; "The Dropout," starring Kate McKinnon as Elizabeth Holmes, the disgraced founder and CEO of healthcare startup Theranos; "Dopesick" starring Michael Keaton, Peter Sarsgaard, and Rosario Dawson; "Nine Perfect Strangers" from David E. Kelley and starring Nicole Kidman, Melissa McCarthy, and Regina Hall.

While it would be grossly premature to speculate about the quality of any of those series, it's safe to say that based on cast and premises alone, all of these upcoming Hulu offerings are far more likely to serve as intriguing fodder for awards bodies than, say, "Loki" or "WandaVision" or "Lando."

But let's not look too far ahead. Week after week, the internet gobbles up a new episode of "The Mandalorian" and delights over Pedro Pascal's face or Baby Yoda getting a name (Grogu and definitely not Grogurt, which is what my brain keeps suggesting) or some beautiful guest star (Timothy Olyphant), and the fanbase energy around the series is palpable, maybe even more than it was during the show's first season.

To that end, it wouldn't be surprising to see "The Mandalorian" pull some significant nominations during the Winter TV Awards season, potentially breaking through at the Golden Globes in Best Television Series – Drama and almost certainly making significant in-roads at guild awards, likely mirroring many of its Emmy nominations with regard to costumes, sound, cinematography, and visual effects.

It's a great reception if you can get it, but beyond "The Mandalorian" are there other contenders lurking within the crowded queues of Disney+ IP?

If you asked Disney+, they'd probably tell you all about their new take on "The Right Stuff," based on Tom Wolfe's eponymous 1979 book and the 1983 film of the same name from Philip Kaufman. But the series received middling reviews, a tepid continuation of a story already so well told, it seems unlikely that the series will make headway with awards groups — particularly this year when there was a distinct lack of opportunity to manufacture buzz.

Which brings us back to the original question: Can you participate in the streaming television game and not be interested in awards validation?

When it comes to Disney+, the answer may very well be yes. Thanks to last year's acquisition of 20th Century Fox, the Walt Disney Company is downright octopean. Family-friendly fare stays safely ensconced at home on Disney+ while more adult themes get shuttled off to Hulu. Which is to say nothing of FX where, with the introduction of FX on Hulu earlier this year, now appears to be porting a good portion of its own awards-worthy content over to its Hulu launch page.

The specifics and strategies remain unclear but one thing is for certain: Awards or no, Disney+ is doing just fine.