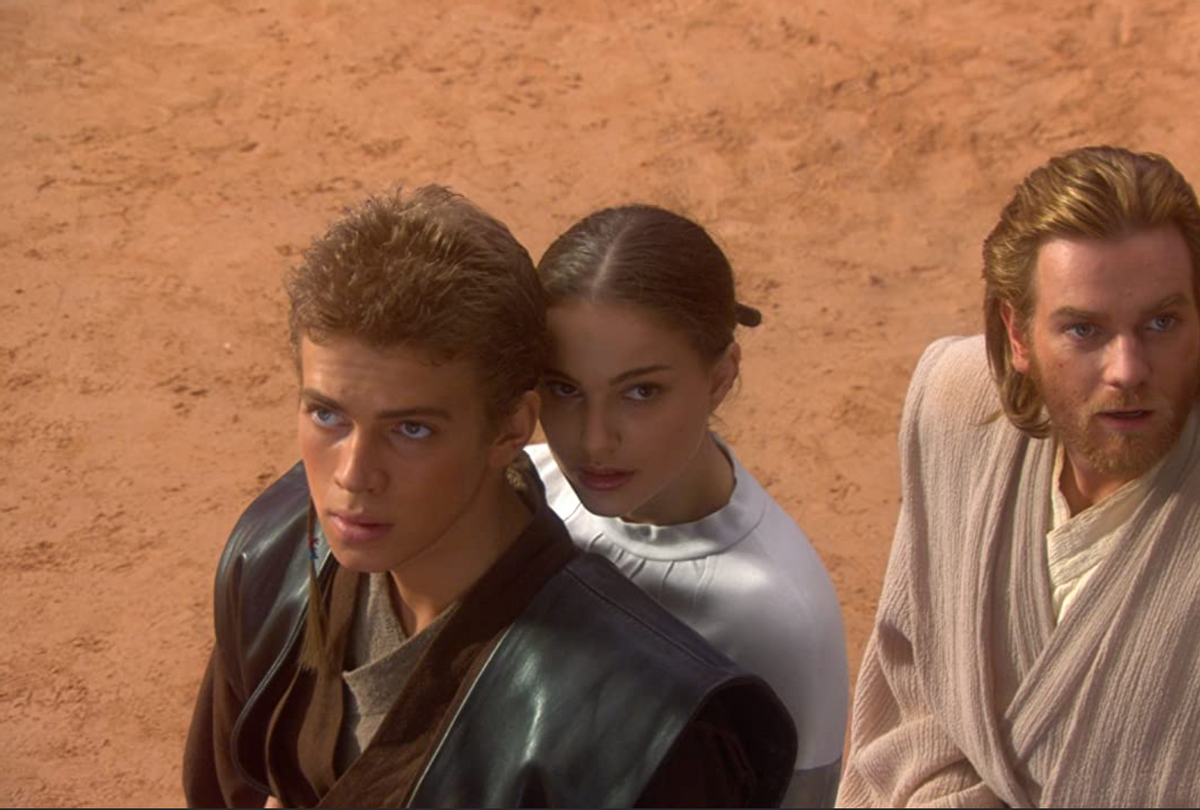 George Lucas does not agree with the critics who have bashed his "Star Wars" prequels over the years due to what they claim is "pretty corny dialogue." The script for "Star Wars: Attack of the Clones" is often singled out for ridicule due to the cringeworthy romance scenes between Anakin Skywalker (Hayden Christensen) and Padmé Amidala (Natalie Portman). Such Lucas-written lines as "I am haunted by the kiss that you should never have given me" have been widely mocked, but the writer-director says in the new book "The Star Wars Archives 1999-2005" (via NME) that such complaints miss the entire style of the space franchise.

"It is presented very honestly, it isn't tongue-in-cheek at all, and it's played to the hilt," Lucas said of the "Attack of the Clones" dialogue. "But it is consistent, not only with the rest of the movie, but with the overall 'Star Wars' style. Most people don't understand the style of 'Star Wars.' They don't get that there's an underlying motif that is very much like a 1930s Western or Saturday matinee serial."

"It's in the more romantic period of making movies and adventure films. And this film is even more of a melodrama than the others," Lucas continued. "There's a bit more soap opera in this one than there has been in the past, so setting the scenes up and staging them was more complex than it usually is."

To more convincingly pull off the more soap opera dialogue in "Attack of the Clones," Lucas and his crew would rehearse for individual weeks of filming at a time as opposed to one big rehearsal period ahead of the production (which was the norm on previous "Star Wars" films).

"On the previous Saturday, I would spend all day rehearsing with the actors and the cameraman, and we would stage the scene and rehearse it a couple times. So for the rest of the week, we would have a very clear vision of what we were doing, and didn't have to spend time on the set trying to figure things out."

Hayden Christensen received significant critical scorn for "Attack of the Clones," but many critics agree the actor did not have the best dialogue to work with at the time. Fortunately, Christensen is getting another shot at the "Star Wars" franchise as he is set to reprise Anakin/Darth Vader in the Disney+ Obi-Wan Kenobi series.