Of course, Trump takes a bow 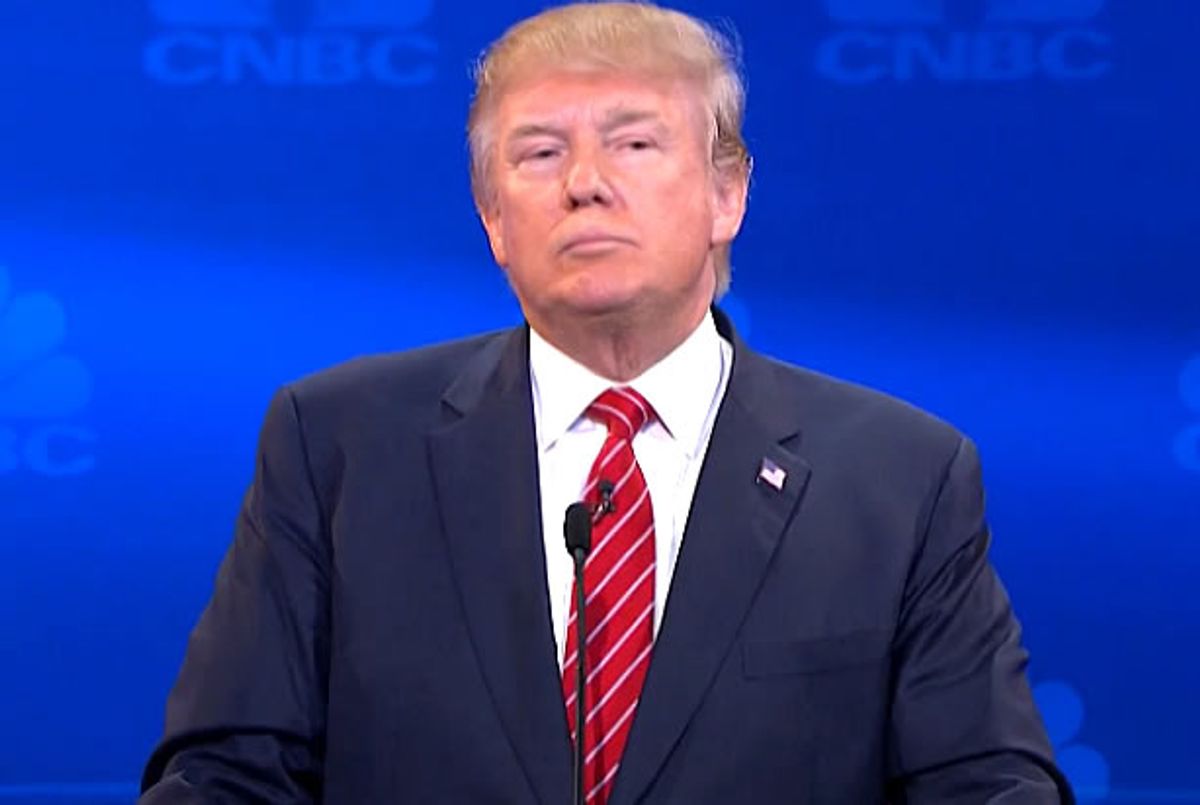 We know two things for sure: If there is a COVID-19 vaccine spotlight for Donald Trump to take credit, he will, even while ignoring the effects of the pandemic itself.

And, he's likely to take the occasion to issue some executive order about it all that will settle nothing about the distribution of the emergent two vaccines.

Yep, he did both on Tuesday, scheduling his "vaccine summit" with private contractors at exactly the time that President-Elect Joe Biden was introducing his own health team. It was an appropriately two-face stand-off, splitting live cable television and punditry.

The summit saluted contractors' participation in what seemed to be Trump's  own rapid development of a coronavirus vaccine, and Trump used the event to sign an order to insist that all Americans who want a vaccine will get it before any is shipped overseas to inoculate non-Americans and to once again endorse "herd immunity."

Just to watch it, one had to set aside questions about how Trump can take the credit when scientists have done the work, or even how he can now show up—maskless—at the last minute before the Food and Drug Administration gives the official okay without taking responsibilities for the spiraling contagion across virtually every state. Meanwhile, the Biden group, including a video by Dr. Anthony Fauci, was more sober than celebratory and talking about the issues we still face.

To savor the Trump show, one also had to overlook the fact that Pfizer and Moderna, the first of the emergent vaccine makers (Pfizer was the one who did not take federal research and development money from Trump), declined to participate at all.

And viewers had to agree not to consider any open questions about what the order is supposed to mean, when the real meaning is that the Trump administration decided last summer to pass on ordering more than 100 million doses from each manufacturer, thus guaranteeing that we will have less than we need in the next couple of months. Instead, we got some more sprinkling of Trump election fairy dust, that it will be Trump who is inaugurated on Jan. 20.

On MSNBC and Fox, you could choose opposing news of the day, rather than a handoff between two administrations that both want Americans to use the vaccines.

What was the point?

Fat chance. This is the same administration in its self-congratulations yesterday declined to say that it ordered 100 million doses from each of six manufacturers since they did not know which would prove successful; former FDA chief Scott Gottlieb, now on the Pfizer board, confirmed that the Trump administration was given and rejected several chances to buy more.

And yes, therefore there may be delays in getting more Pfizer doses because they have sold them outside the United States.

In that light, the executive order is, well, meaningless and has nothing to say about lifting more than a Sharpie pen to ease distribution among the states.

Still, Slaoui believes Americans should have injections they need by June or July – long after Trump has promised, and, presumably, long after Trump has departed from the White House. Slaoui noted that other manufacturers, including Johnson & Johnson and AstraZeneca, are right behind Pfizer and Moderna.

CNN and others have been saying that the signing was intended to allay fears that there will not be enough doses of the vaccine to go around. White House officials described to CNN the order as a "reaffirmation of the President's commitment to America first."

Meanwhile, important questions including the proposed distribution priorities, requirements for identification and the sharing of personal data, whether employers or even arenas and restaurants can require vaccination, and the lingering medical questions were unresolved. Yesterday, the Centers for Disease Control and Prevention instructed states to sign so-called data use agreements that commit them for the first time to sharing personal information in existing registries with the federal government. Some states, such as New York, are pushing back, either refusing to sign or signing while refusing to share the information, said The New York Times.

A new administration that actually will be carrying out the distribution may just throw out this executive order.

Even calling the "vaccine summit" to be political—an effort for the administration to claim credit for the rapid development of a Covid-19 vaccine and to pressure the Food and Drug Administration to move quickly on an authorization. The agency's commissioner, Stephen Hahn, was twice called to the White House to explain the FDA's slower-than-desired timetable for issuing emergency use authorizations for Pfizer and Moderna's vaccines, though it is due this Thursday.

Companies involved in vaccine distribution logistics, but not in vaccine development itself, did attend, including FedEx, UPS, CVS, Walgreens and McKesson. Many, sending lower-ranking executives as opposed to their CEOs.

In recent weeks, Trump has accused the very same drug manufacturers of delaying the results of timed and closely watched clinical tests to delay any positive announcement until after Election Day.

We don't need a vaccine to recognize a stupid political trick for what it is.