This gooey-cheesy chickpea bowl is me at my laziest

Like macaroni, chickpeas are starchy and eager to dive in to a melty, gooey cheese sauce 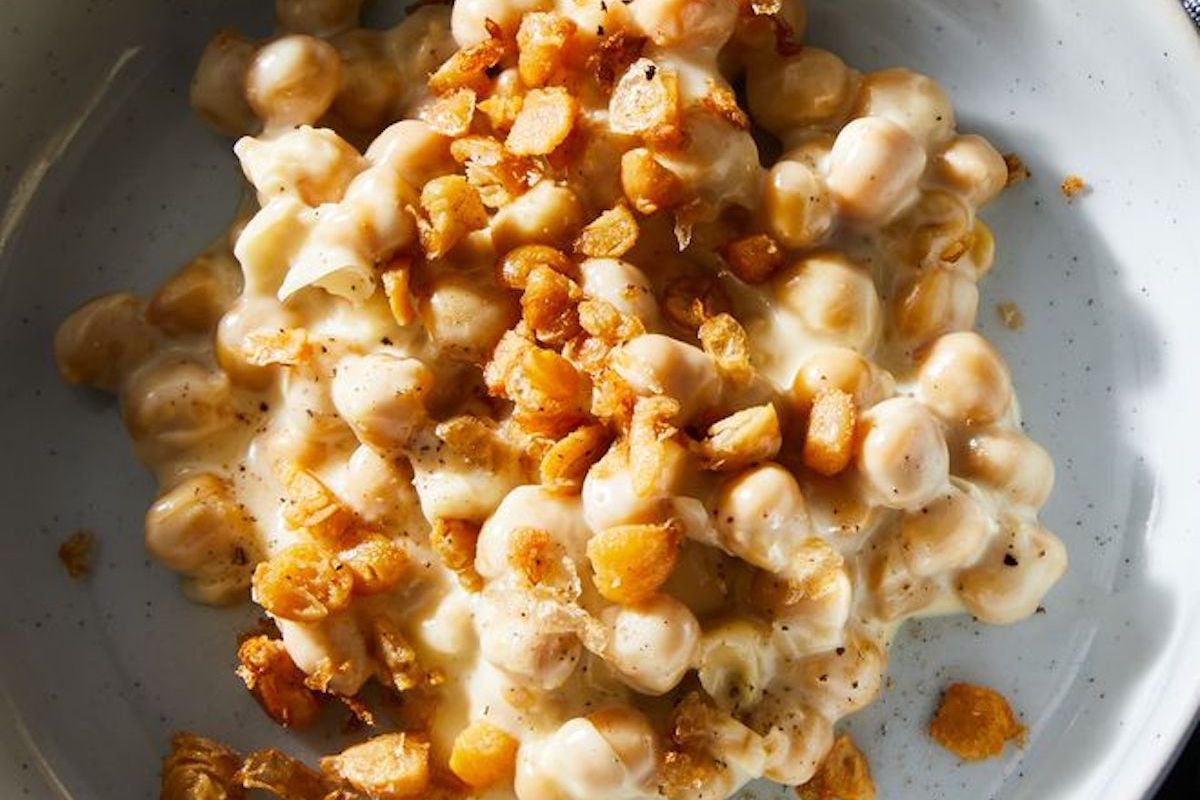 Big Little Recipe has the smallest-possible ingredient list and big everything else: flavor, creativity, wow factor. That means five ingredients or fewer — not including water, salt, black pepper, and certain fats (like oil and butter), since we're guessing you have those covered. This week, we're turning a can of chickpeas into dinner.

There are many ways to make mac and cheese, from baked to stovetop to box, but it's safe to say that all of these, despite their differences, include mac, aka macaroni, aka tubular noodles. This Big Little Recipe does not.

It starts with a step that, somehow, is even easier than pouring a box of pasta into salty boiling water: opening a can of chickpeas.

Like macaroni, chickpeas are starchy, chewy, cute (!), and eager to dive in to a melty, gooey cheese sauce. Who are we to stand in their way?

Though I'm an admirer of baked mac and cheese — see this iconic Martha Stewart recipe, with its Mornay sauce and buttered bread crumbs and, I can't stress this enough, over one and a half pounds of cheese — it's not the sort of thing I'm whipping up on a Tuesday night.

Stovetop mac and cheese, on the other hand, couldn't be simpler. While some versions, like this one from Serious Eats, call in evaporated milk, I'm a fervent follower of Melissa Clark's Genius strategy: just heat heavy cream until bubbling, stir in grated cheddar, and, um, you're done. Think of it like instant fondue.

This is when you'd add your boiled noodles or, in our case, canned beans. Naturally, chickpeas in cheddar sauce (chick 'n' cheese? no?) is the sort of meal that invites a couch and blanket and episode of The Bachelorette (I know, I know, let's chat in the comments). Yet things get even more comforting if you throw in an extra step — it's a quick one, promise:

Instead of macaroni-ifying all the chickpeas, reserve a handful, give them a rough chop, and toss into sizzling oil. In the time it'll take to listen to "Gimme! Gimme! Gimme! (A Man After Midnight)," the chickpeas transform from tender to crackly — like panko or those itty bits at the bottom of a bag of potato chips. Crumble on top and crack open a really cold beer.