"We are creating thousands of jobs, you motherf**kers," the star said. "If I see it again, you're f**king gone" 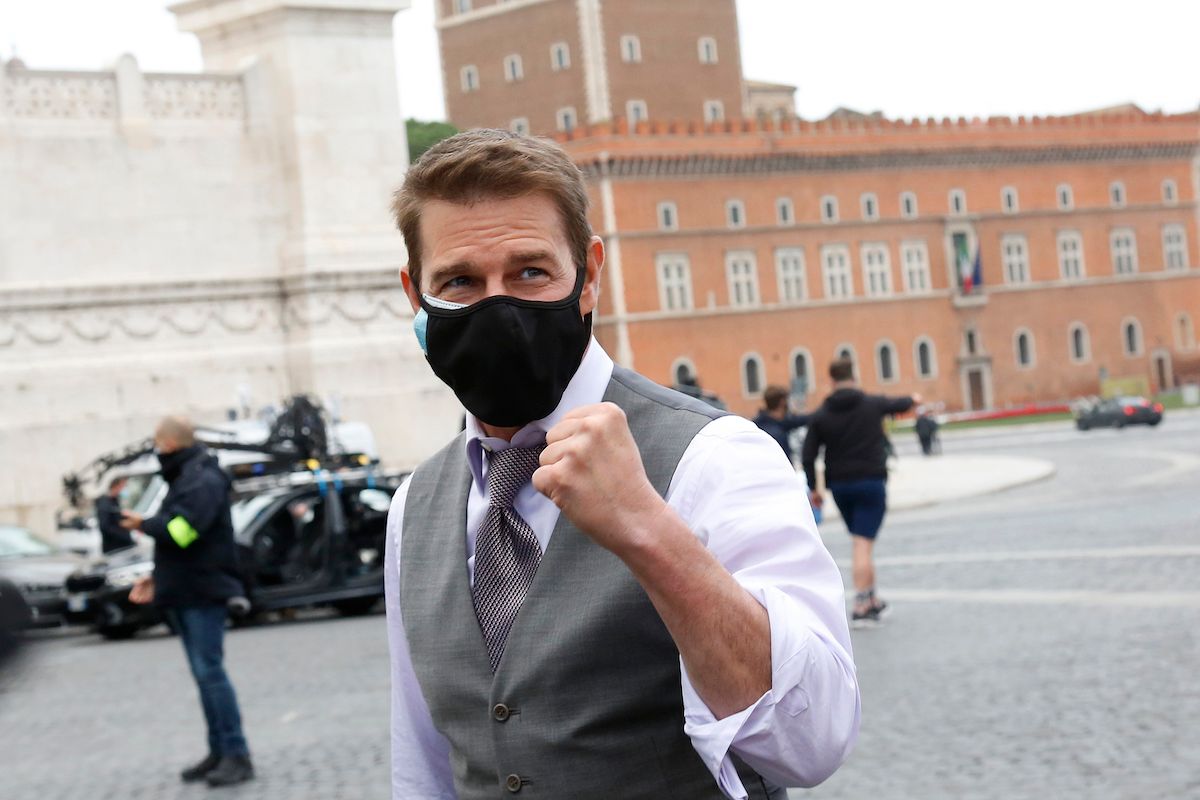 Actor Tom Cruise talking and making selfie with his fans during a pause on the set of the film Mission Impossible 7 in Piazza Venezia, just in front of the Victor Emmanuel II Monument (Tomb of the Unknown Soldier). Rome (Italy), November 29, 2020 (Samantha Zucchi/Insidefoto/Mondadori Portfolio via Getty Images)
--

Tom Cruise expressed his frustration with crew members on the set of "Mission: Impossible 7" after he saw them breaking COVID-19 guidelines, two sources close to the production confirm to Variety.

As first reported by The Sun, after Cruise saw two crew members standing too close to one another in front of a computer screen, he told the crew: "If I see you do it again you're fucking gone."

In audio obtained by The Sun, Cruise can be heard saying: "We are the gold standard. They're back there in Hollywood making movies right now because of us. Because they believe in us and what we're doing. I'm on the phone with every fucking studio at night, insurance companies, producers and they're looking at us and using us to make their movies. We are creating thousands of jobs, you motherfuckers. I don't ever want to see it again. Ever!"

Cruise has been strict about enforcing COVID-19 guidelines on the set of the film in Britain, and scolded the crew for taking advantage of the safe environment that the team in place helped create.

"You can tell it to the people who are losing their fucking homes because our industry is shut down. It's not going to put food on their table or pay for their college education. That's what I sleep with every night – the future of this fucking industry!" Cruise said. "So I'm sorry, I am beyond your apologies. I have told you, and now I want it, and if you don't do it, you're out. We are not shutting this fucking movie down! Is it understood? If I see it again, you're fucking gone."

Cruise pointed out specific members of the crew, telling one "you're going to cost him his job."

Read more Variety: Sam Jayne, Frontman of Love as Laughter, Dies at 46 After Being Reported Missing

Listen to the full audio here.

Adam B. Vary contributed to this report.