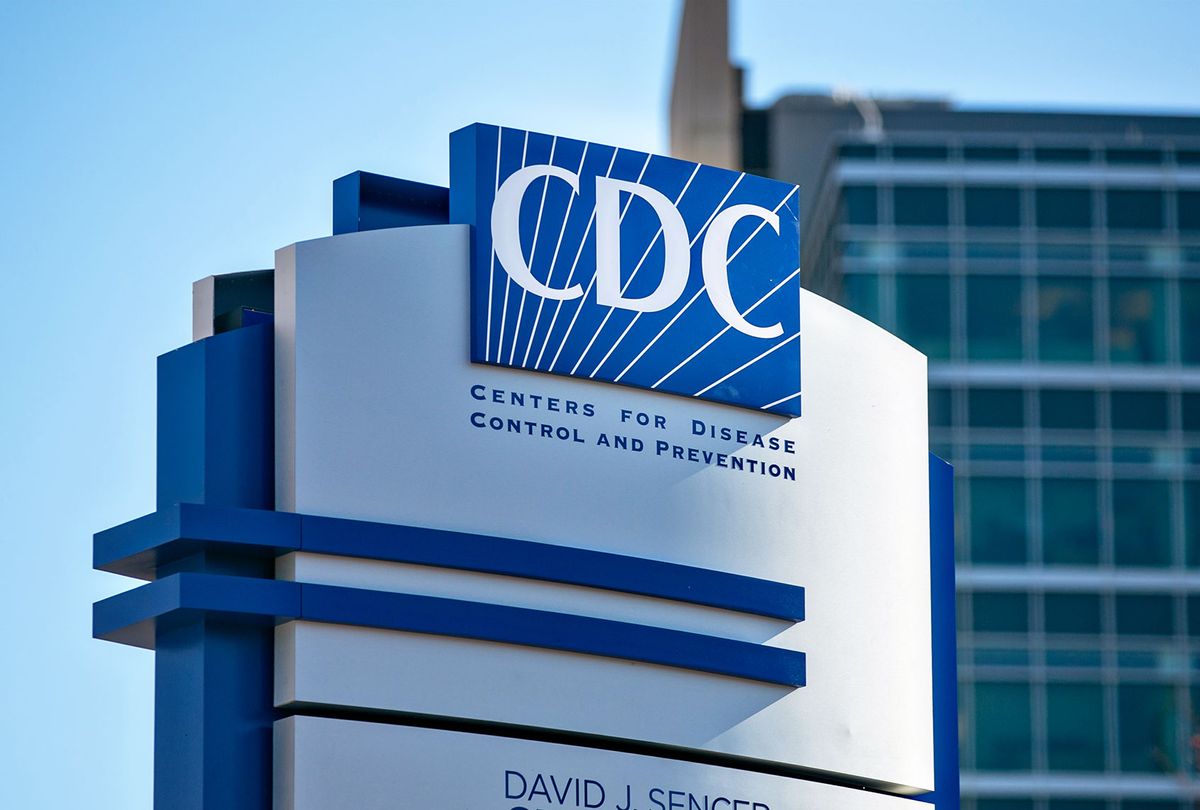 Wednesday morning, the New York Times published an exposé documenting the complaints of two Trump appointees at the Centers for Disease Control (CDC) who witnessed "the White House's slow suffocation of the agency's voice, the meddling in its messages and the siphoning of its budget." It's an important and well-researched piece — but it's hard not to feel bad for the journalist, Noah Weiland, whose hard work will undoubtedly be met with a familar chorus of "no duhs" from liberal readers and "fake news" from conservatives.

It's important to document the atrocities of the Trump era. That said, man, it's frustrating that the whistleblowers in question — Kyle McGowan and Amanda Campbell, former Republican congressional staffers who were appointed to the CDC before quitting in protest earlier this year — appear to be under the illusion that it was Trump who somehow invented Republican lying about public health care for political ends.

"Every time that the science clashed with the messaging, messaging won," said McGowan, a lifelong Republican who was brought on by former Health and Human Services (HHS) Secretary Tom Price, after working for Price during his stint as a GOP congressman from Georgia. "What was so different [under Trump], though, was the political involvement, not only from H.H.S. but then the White House, ultimately, that in so many ways hampered what our scientists were able to do," Campbell, who was also brought on by Price after working for his congressional offices, added.

This is flat-out nonsense, and both Campbell and McGowan should know it, as they spent years dutifully working for Price, an avid purveyor of misinformation about sexual and reproductive health care. Indeed, it's likely that the reason Price got his appointment to HHS in the first place is because he was a reliable opponent of scientifically sound policy regarding health care that affects women and LGBTQ people. Their old boss was such a fan of lying about health care that he was a member of the Association of American Physicians and Surgeons, which sounds like a nice group, but is in fact rabidly anti-science and devoted to spreading lies about abortion, HIV, vaccination, and other hot button medical issues.

The GOP has politicized medical science for years. Trump's approach to the coronavirus pandemic — to lie, distort, and minimize — was merely following the approach that Price, and indeed the entire Republican party, has taken to sexual health care issues for decades.

For instance, Price defended his opposition to including birth control coverage in women's health insurance plans by saying pro-choice advocates couldn't find "one woman" who needed such coverage to afford birth control. In fact, about a third of women struggled to afford contraception at the time, which is why the Affordable Care Act's mandate that insurance cover contraception led to more birth control use and lower abortion rates.

Price also backed the outrageous lie that Planned Parenthood is involved in the "harvesting and sale of baby parts," a claim which stems from a right-wing hoax so ridiculous that it should have been self-evident at the time. Truly, it's up there with Trump suggesting that bleaching people's lungs might cure the coronavirus, but because it involved the taboo topic of reproductive health care, the outrageous lie got a pass that Trump's lies about the coronavirus didn't get from the media.

Even Price's wife, Betty, a Georgia state representative, was caught on video in 2017 opposing condoms for HIV prevention. "What are we legally able to do?" Price asked. "I don't want to say the quarantine word, but I guess I just said it."

"Leper colonies" HIV positive people was a popular idea among the homophobic right in the 80s, and apparently still rots the hateful brain cavities of the people the GOP has put up as experts on health care long before Trump took up the art of denying the science behind epidemiology.

Unfortunately, this behavior isn't limited to the Prices.

On the contrary, the entire GOP has been consumed with lies about sexual health care for decades. They lie about abortion, falsely claiming legal access "hurts" women, when in fact, research shows time and again that it's an important part of women's health care. Before he was lying about the coronavirus, Trump — under advisement from the rest of the Republican party — was installing health care officials who promoted lies about birth control being "dangerous". Vice President Mike Pence was chosen to be a soothing "normal" Republican under Trump, and, like a normal Republican, Pence had a long history of lying about condoms, falsely claiming they are "very, very poor protection against sexually transmitted diseases" and too "modern, liberal" to be acceptable as a way to prevent disease.

Why should anyone be surprised that these same people apply the same false logic to mask-wearing to prevent coronavirus transmission?

Nor is this the first time that the work of the CDC has been distorted by Republicans with a political agenda.

During the George W. Bush administration, the White House strong-armed the CDC into putting out false or misleading information on all manner of sexual health issues. The CDC was pressured into distorting research findings on abstinence-only programs to conceal the fact that they don't work to prevent teen pregnancy. Government websites were strong-armed into pretending abortion causes breast cancer, which is simply not true. And information about condom usage and efficacy were taken down from CDC websites. On top of the abuse of CDC messaging, the Bush administration also pushed abstinence-only programs into the majority of American public schools, exposing millions of young people to misinformation about sexual health, such as lies about the efficacy of contraception or the dangers of abortion.

Bush also politicized the FDA, forcing the agency to avoid authorizing the sale of over-the-counter emergency contraception, not because the drug was dangerous — it's perfectly safe — but because Republican officials were furious at the idea that women might avoid unwanted pregnancy.

For decades, Republicans have made it clear that they are willing to sacrifice people's health and lives to bolster their hard right-wing views on sexuality. But because the primary victims of previous Republican lies are women, LGBTQ people, and young people, this sort of widespread medical disinformation campaign has been shoved down the memory hole. Now that the same strategies of lying about health care have been employed by Trump in his quest to minimize the coronavirus pandemic, the results have been catastrophic for the nation, with over 300,000 dead and the number of infected quickly approaching 17 million. But no one should be allowed to pretend that Trump invented this kind of lying about medical science. He's just doing to the rest of the nation what Republicans have done to women and LGBTQ people for decades.