I asked grandma when she started making her family-famous mushroom puffs. She started counting backward by husbands 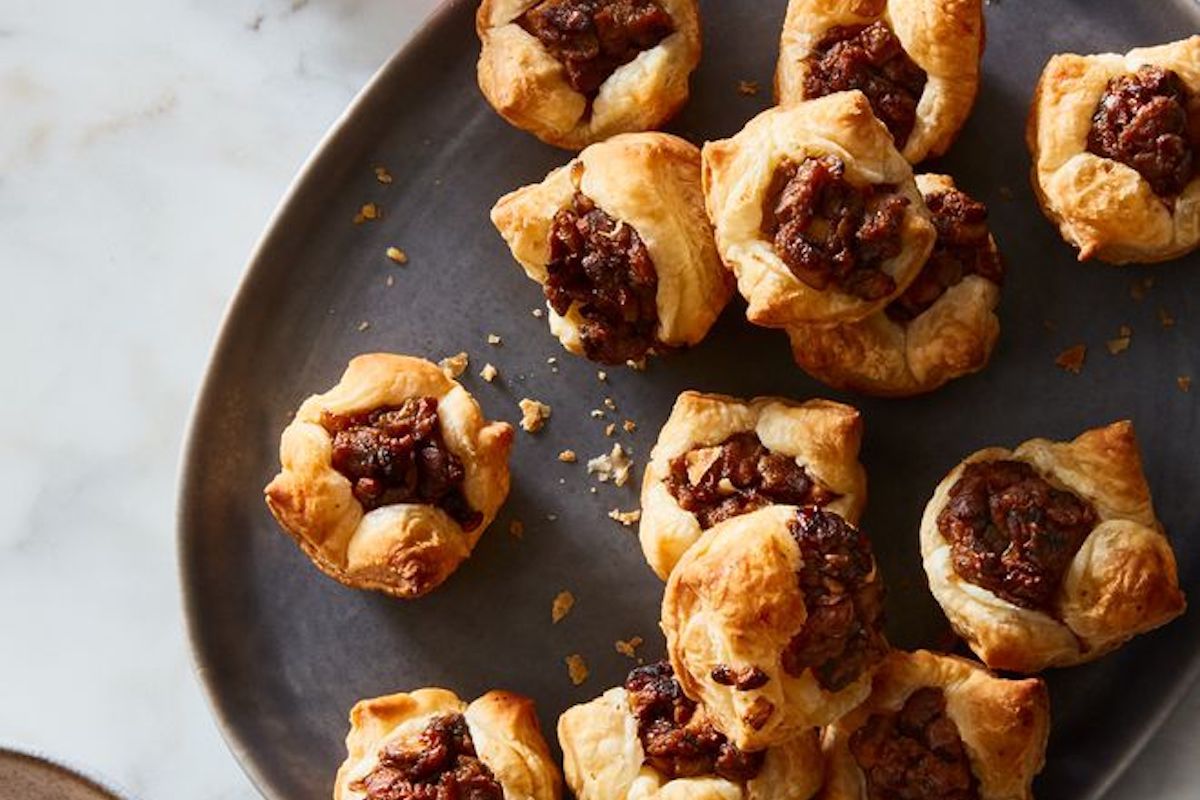 Big Little Recipe has the smallest-possible ingredient list and big everything else: flavor, creativity, wow factor. That means five ingredients or fewer — not including water, salt, black pepper, and certain fats (like oil and butter), since we're guessing you have those covered. This week, we're baking up a family favorite.

When I asked my grandma when she started making her family-famous mushroom puffs, she started counting backward by husbands. In total, there were three, all of whom have been dead for years. She didn't make them for Jerry and probably not Bob, but definitely Arnie, which shakes out to (give or take) 30 years.

Grandma knows she stumbled on the recipe in a magazine and first tried it as a Thanksgiving appetizer. But the publication, let alone the year and issue, are long gone: "No idea!"

Still, this fact, that the recipe came from somewhere, means that as it traveled to her home in New Jersey, it also ventured to many other homes in many other states, where toddlers like myself ate mushroom puffs by the fistful and eventually had trouble recognizing a family gathering without them.

There is comfort in knowing that a tradition is as unique as it is universal — that this recipe is just as cherished by people I've never met.

If I Google "mushroom puffs," one of the top results is a doppelganger of my mom's scribbled recipe card. The photo is uncanny. Every ingredient is the same. Even some of the instructions.

Except for one. Grandma included the lemon juice (a measly half-teaspoon, barely a squeeze) for years. Eventually, though, she ditched it. "Supposedly lemon juice brings out the flavor in something. But these have enough flavor without it."

Indeed, mushroom puffs are just what they sound like: a shattering bite of puff pastry, giving way to a filling that can only be described as cream of mushroom soup-but-not-soup. It's suspiciously simple — just diced mushroom and onion, sauteed in a lot of butter, thickened with flour, simmered with cream — and impossible to eat just one.

Because I write and edit recipes for a living, I couldn't help but change a couple things. ("You better not!" Grandma warned. But I hope she'll forgive me.) I increased the small onion to medium for surplus savoriness. And I swapped in louder baby bellas, instead of soft-spoken buttons.

Otherwise, these are indistinguishable from the mushroom puffs that my grandma has made for Thanksgivings and Hanukkahs and Sunday suppers for decades. Who knows, maybe your grandma has too.