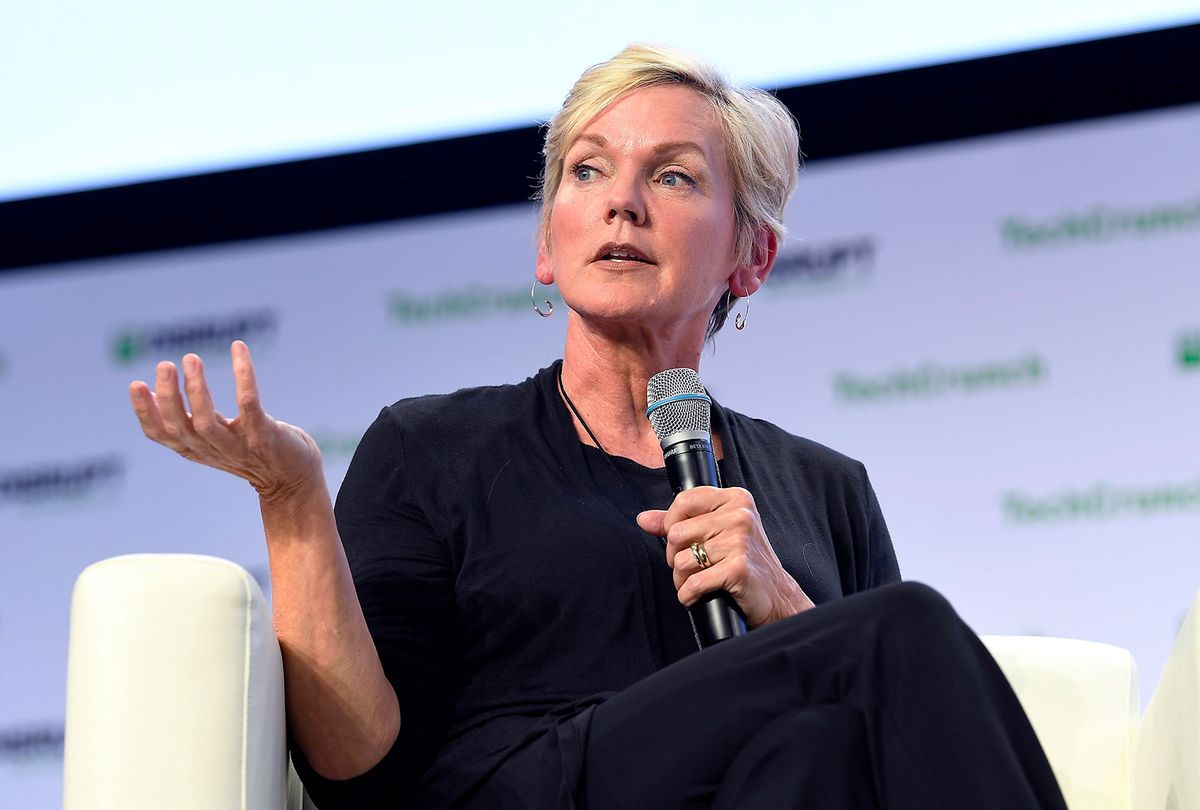 Throughout the Demoratic primaries and the run-up to the presidential election, one of Joe Biden's most consistent climate pitches was his plan to own the electric vehicle market and build 500,000 charging stations across the country. Now, with President-elect Biden's expected pick of former Michigan Governor Jennifer Granholm to lead the Department of Energy, he's making a down payment on that goal.

The Energy Department is a key funder of battery technology research and will likely play an important role helping the country drop gas-powered cars for electric ones under the Biden administration. The former governor of Michigan knows the auto industry intimately and is a longtime champion of making the United States a hub for electric vehicle manufacturing. During her eight years in office, she worked with the Obama administration on the auto industry's 2009 bailout and expanded incentives for carmakers to develop and manufacture batteries for electric vehicles. Those measures helped to push U.S. automakers like General Motors and Ford to get into the electric vehicle market.

"Granholm's deep knowledge of the auto industry will be just what America needs as we begin building these clean trucks, buses and cars of the future," said Fred Krupp, president of the Environmental Defense Fund, in a statement.

Biden's climate-focused cabinet has come into focus this week with a flurry of new appointments. On Tuesday, he tapped Pete Buttigieg, former mayor of South Bend, Indiana to run the Department of Transportation and former Environmental Protection Agency administrator Gina McCarthy to be his domestic "Climate Czar," running counterpoint to John Kerry, who will oversee climate policy abroad. He has yet to name his pick for EPA administrator or Interior Department, though Representative Debra Haaland from New Mexico, is a likely contender for the latter role.

Granholm's green bonafides go beyond cars. As governor, she also backed tax credits and incentives for wind and solar, and signed legislation requiring Michigan to get 10 percent of its energy from renewable sources. (Reflecting on that bill years later, Granholm reportedly said she had hoped for a more ambitious goal, but that it was the best she could do without more support from the state legislature.)

Granholm will have her work cut out for her. The Energy Department is expected to go through a dramatic transformation under the Biden administration. Today, two-thirds of the agency's budget is dedicated to nuclear security. But its new mandate will likely include guiding the country to Biden's goal of getting the electrical grid running on 100 percent clean energy by 2035, including funding new research and setting electricity policies.

"The Department of Energy needs to reorient its research and development agenda to find groundbreaking climate solutions and get them used widely," said Steven Nadel, the executive director of the American Council for an Energy-Efficient Economy, in a statement. Nadel called for updating standards for appliances — the Trump administration has demolished energy efficiency standards for everything from lightbulbs to showerheads — and requiring buildings to be more energy efficient. "I'm confident that Jennifer Granholm can realize this agenda and much more, and that the White House will support her every step of the way. Time is of the essence."

Granholm also has experience in another one of Biden's core climate and energy objectives: job creation. Green New Deal supporters will be happy to learn that as governor of Michigan, Granholm fought for green jobs and created a successful "No Worker Left Behind" training program for displaced manufacturing workers.

"Granholm has a long history supporting a just transition to a renewable energy economy," said Natalie Mebane, 350.org associate director of policy, in a statement.