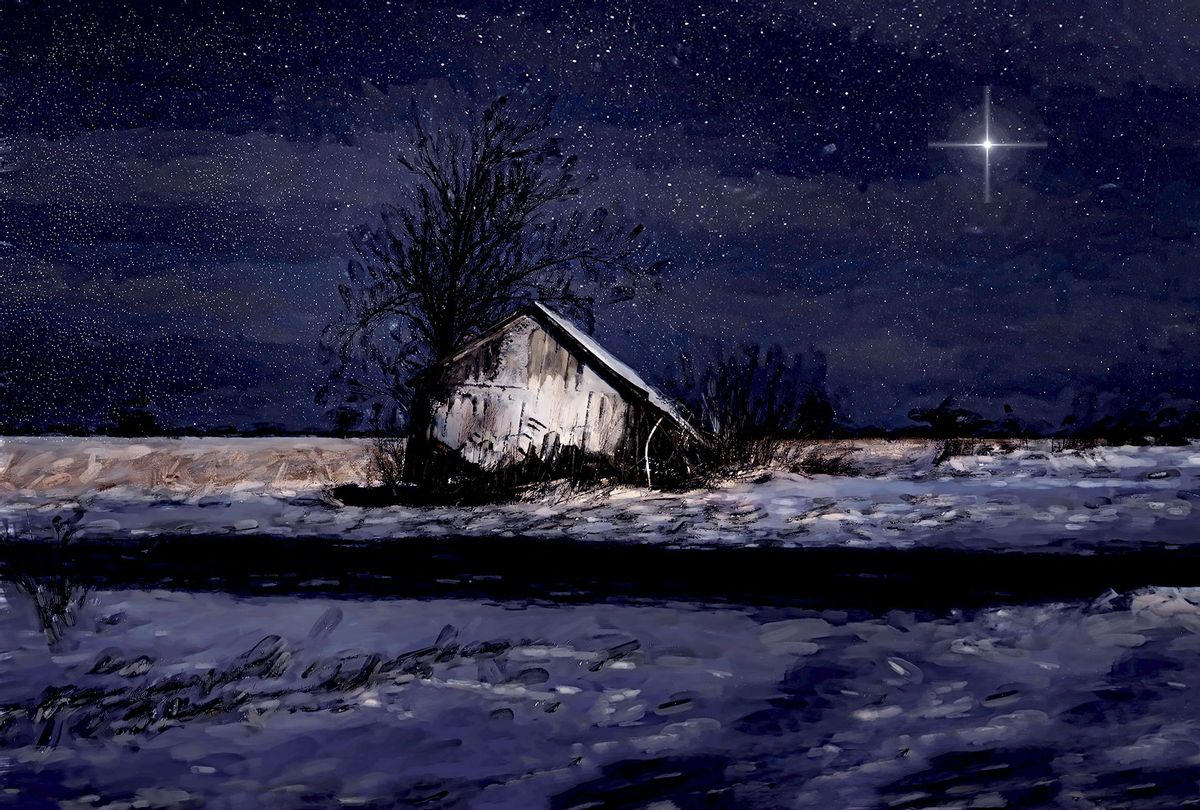 Stargazers are dusting off their telescopes to see a once in a lifetime celestial event on Monday night.

On the darkest day of the year, the winter solstice, Jupiter and Saturn will engage in a "great conjunction," meaning that the two planets will be separated by only one-tenth of one degree. To put this in perspective, the width of the moon is 0.5 degrees, meaning that the two planets will be about one-fifth the apparent width of the moon. This close encounter of the two planets will look like one bright star to the human eye (especially those with poor eyesight) on Earth. It's the first time humans have been able to see this great conjunction clearly in the last 800 years.

So-called "great conjunctions" are not unusual, though the relative apparent closeness of planets vary. And during tonight's, the planets are very close indeed. "No two are exactly alike," Kevin Schindler, a historian and public information officer at the Lowell Observatory told Salon in an interview. (Notably, the timing of the event, on the solstice, is merely a bit of kismet and is not the cause nor result of the conjunction.) "In 2020, it just happens to be that they're going to be closer than they've been in 400 years," Schindler added.

Schindler noted that the last time that a similar "great conjunction" of Jupiter an Saturn occurred, one that was as visible and close, was "back in the 1200s."

This year's conjunction has been unofficially dubbed the "Christmas Star" due to its proximity to the holiday. Yet as those familiar with Christianity may recall, the Bible tells of a notably bright star that appeared in the sky when Jesus was born. Historians and astronomers have wondered for years whether that "star," which appeared over 2,000 years ago, could have been a similar conjunction between two planets.

Indeed, this year's conjunction has brought renewed interest in this historical, biblical and astronomical mystery.

According to the Book of Matthew, the "Star of Bethlehem" led the biblical "Magi" — colloquially, the "three wise men" — to baby Jesus when he was born. Matthew writes that a bright star appeared in the eastern sky, the wise men saw the star and followed it to Jerusalem to worship him. As the story is told by Matthew in the Gospel: "When they had heard the king, they departed; and, lo, the star, which they saw in the east, went before them, till it came and stood over where the young child was."

For centuries, astronomers have discussed potential scientific explanations for the Star of Bethlehem. Some astronomers have theorized that it was a supernova, some believe it was a comet, and others believe that it could have been a similar great conjunction as the one that humans will witness tonight. Luckily, there are some theoretical clues that hint at what the star was.

In 7 B.C.E., there was a similar great conjunction, but instead of happening once on the winter solstice it happened three times over a short period of time. Professor David Hughes, an astronomer from the University of Sheffield, published a review of the theories on the star in 1976, in which he concluded that the Star of Bethlehem "was probably a triple conjunction of Saturn and Jupiter in the constellation of Pisces, the significance of which was only obvious to the Magi of Babylonia." Hughes believes that "events indicate that Jesus Christ was probably born in the Autumn of that year, around October, 7 BC."

Schindler was open to Hughes' theory. "I think it could have been, but it's hard to say," Schindler told Salon. "We don't even know exactly when Jesus was born, so without knowing the exact time, that makes it difficult to pinpoint."

Separate research has suggested that the Star of Bethlehem was a comet that appeared in the sky in 5 B.C.E. German astronomer Johannes Kepler famously theorized that a supernova was the bright object that the Magi saw.

Rice University astronomer Patrick Hartigan told Salon via email that the great conjunction tonight will be "far more impressive" than anything they would have seen in 7 B.C.E.

"The planets will appear 10 times closer together in the sky than they looked back then," Hartigan said. "From an observer's perspective there was nothing at all special about the 7 B.CE. conjunction, we had a very similar one recently in 1981."

However,  Hartigan said, observers may have "interpreted things differently back then."

"It comes down to how you think they interpreted astronomical events," he added.

Avi Loeb, professor of science and the former chair of Harvard's astronomy department, told Salon via email that the event's nickname "does not represent an actual star and the occurrence" and that the event happening this week is "pure coincidence."

However, he agreed it's "possible" that this "coincidence was also the origin of the star of Bethlehem," noting that other explanations exist.

While we may never know the truth, tonight's celestial event is not one to be missed. Schindler explained how to observe it.

"After the sun sets, start going outside and look toward the southwest, which is where the sun sets. Over the next hour the sky will be getting darker and darker . . . .  the brightest point of light over there is going to be Jupiter, and then right next to it is going to be Saturn," Schindler said. "Then, after tonight and ensuing nights, if you go out you'll see them getting further and further apart."

Schindler said that such events are a reminder of the linguistic origin of the word "planet," which comes from the Greek word "planete" which means "wanderer." Over the next few nights, "you can see how they wander against the background sky," he added.