Why America’s survival depends on bankrupting the Republican Party 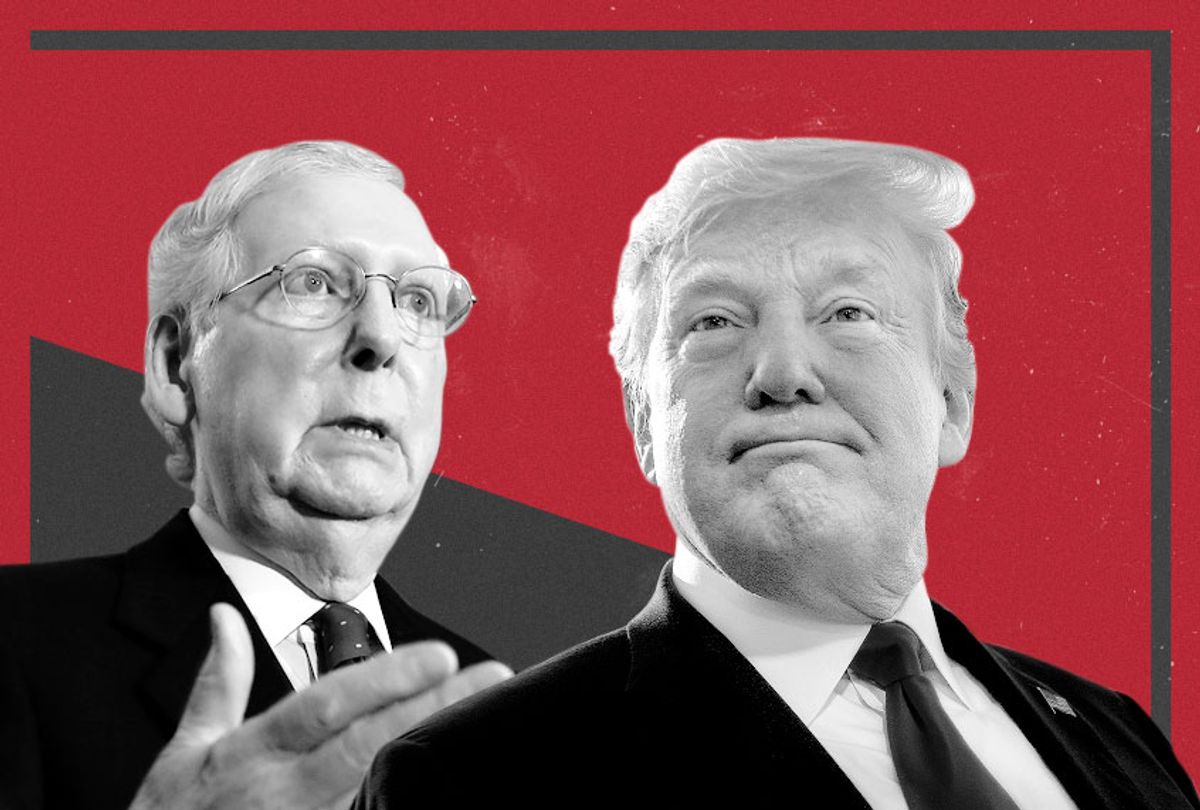 It's time to defund the GOP, and there's precedent and strategy for the effort.

The need to cut the party's access to both private and government money is seen in the reaction by some extremist Republicans to news like a New York State lawmaker's proposal to make vaccination against COVID-19 mandatory. Predictably, the far right is freaking out. "Freedom!" they scream as they run around maskless, assaulting their fellow citizens with potentially virus-laden breath.

Large parts of the Republican base now join conspiracists in the misguided belief that vaccine manufacturers are participating in mind-control experiments and that public health measures like masks are "un-American," while we're being sickened and dying from the highest rates of COVID-19 infection and death in the developed world.

Republicans on the Supreme Court even say the founders of our republic and the framers of the Constitution would never go along with preventing churches and synagogues from holding superspreader events during a pandemic, but, like so many things GOP, it's a lie.

In 1798, President John Adams signed the first public health care legislation—it was to pay for medical care and hospitalization not just for the Navy but also for civilian sailors. And both he and President George Washington had participated in quarantine events during epidemics in the summers of 1793 and 1798, and both promoted inoculation against smallpox.

From 1790 to 1800, Philadelphia was the nation's capital. When the yellow fever epidemic of 1793 recurred in 1798, that city's board of health, with no objections raised by President John Adams or any member of Congress, ordered a block-by-block evacuation of parts of Philadelphia.

Most signers of the Declaration and Constitution were still alive, and many were in Congress and on the Supreme Court. None opposed the lockdown. Churches not only couldn't meet; a few in the quarantine areas were closed down entirely for much of the year in America's capital city.

From their bans on teaching sex education and evolution in our schools, to denying climate change, to this latest campaign against public health, far-right Republicans' fight against science has damaged America's standing in the world and destroyed the lives of millions.

Thomas Paine, in his time, wrote about "The Age of Reason." Today we have "The Age of Intentional Republican Stupidity." And they don't just embrace it for themselves; they're hell-bent on imposing it on every American, from schoolchildren on up.

They have rigged elections by making it hard to vote, seditiously tried to overturn the 2020 election, promoted racial and religious bigotry and violence, destroyed our public school systems, gutted our unions, and rewritten our tax system to screw the middle class.

Since the election of Ronald Reagan, Republicans have damaged America more in 40 years than our worst enemies could have dreamed of by other means.

The only way to deal with a death-dealing cult is to end it; thus, we must embark on a campaign to defund the Republican Party.

Back in 1981, the Republican Party decided to defund the Democratic Party, and actually pulled it off.

While the Republican Party had principally been funded by rich people and big business since the 1920s, the Democrats were largely reliant on the labor unions. So Ronald Reagan, as part of his "Reagan Revolution," figured the best way to destroy the Democratic Party was to destroy America's unions.

His first shot was to destroy PATCO, the air traffic controllers' union, and he did it in less than a week in August of 1981. He, along with Republicans in Congress and conservatives on the Supreme Court, then embarked on a campaign to eliminate unions from the American landscape, thus gutting the Democratic Party's ability to win elections.

It worked, and by 1992, American union membership, and union's ability to fund elections, had collapsed so severely that Bill Clinton and the Democratic Party turned to giant corporations and billionaires to win that election year.

Reagan's plan not only kneecapped the Democratic Party for the next 40 years but also changed the party at its core, turning it from President Lyndon B. Johnson's Great Society party into Bill Clinton's corporate-friendly Democratic Leadership Council/New Democrats, now in bed with big banks, insurance companies, etc.

Defunding the Republican Party may even force it to start focusing on the needs of regular people rather than just billionaires and corporations, which only adds to the urgency of the job. There are just a few steps through the process, which include:

These simple "Progressive Contract with America" steps, along with restoring the ability of American workers to unionize, will not only revive the Democratic Party, but also restore America to economic greatness and give us a far more honest political system.