For one writer, this doughy treat is her Proustian madeleine, bringing back memories of smells and tastes past 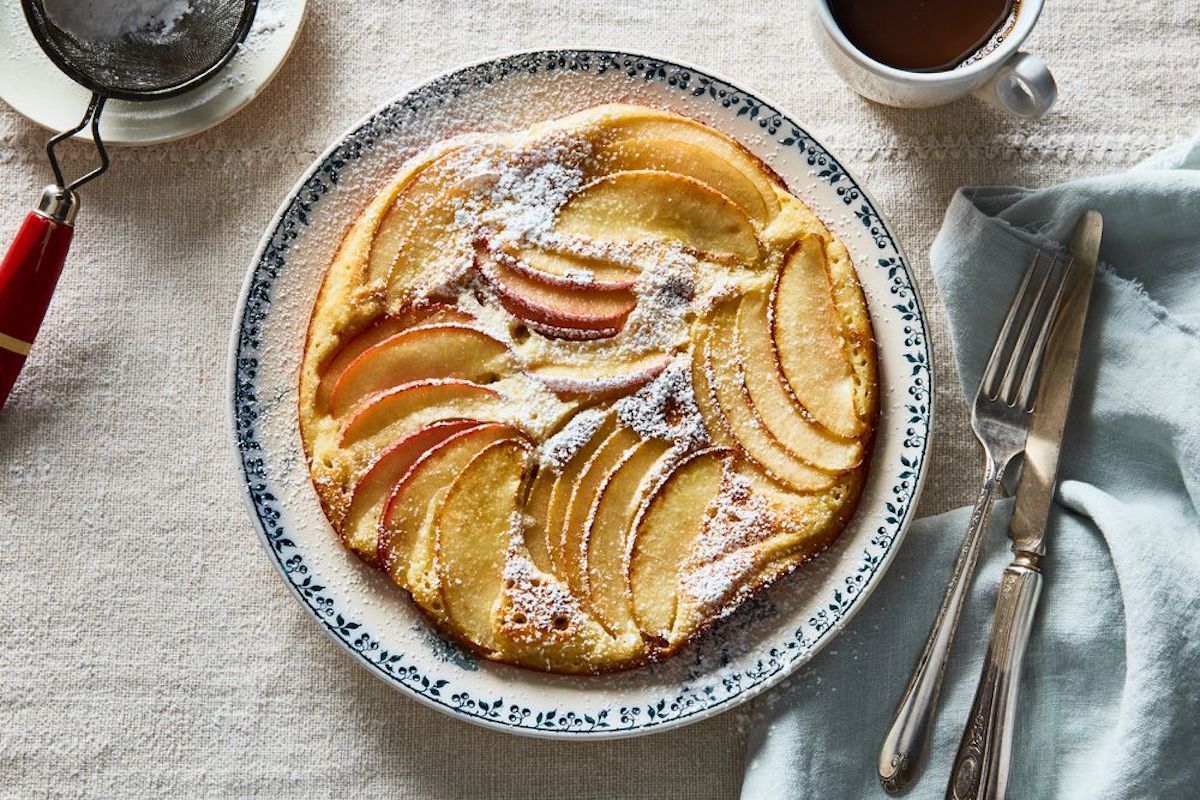 Good food is worth a thousand words—sometimes more. In My Family Recipe, a writer shares the story of a single dish that's meaningful to them and their loved ones.

In Marcel Proust's book "In Search of Lost Time," the narrator famously reminisces about tasting a madeleine dipped in tea. We all have these moments, perhaps not as eloquently recounted, but nevertheless indelible in our minds. But did our madeleines really taste that good, or did the lens of time blur reality into a prelapsarian food idyll — before globalization made us more "sophisticated" eaters?

I prefer to think some things really were that memorable, or else they wouldn't take up so much mental space.

In the summer of 1976, when I was 10 years old and my brother Stephen was 8, we flew unaccompanied from Washington, D.C.'s Dulles International Airport to Frankfurt, Germany. Back then, no one batted an eye when our parents decided to send us over for two weeks — two minors traveling overseas alone with only a few harried flight attendants to watch over us. Our mom had emigrated to the States in 1962 — well, not quite emigrated, but came for a yearlong adventure in a foreign country, fell in love, and stayed to raise a family — so we alternated visits with our German family each summer. That summer it was our turn to cross the pond to see our Oma.

With her ramrod-straight back and short, stocky physique, our Oma's physical bearing rivaled that of a military officer, but behind her formidable stature was a kind woman who loved us beyond measure. She'd admonish us but then quickly after, proffer a plum or a piece of chocolate. We were her only grandchildren, and there was always a touch of pride in her voice as she introduced us to neighbors, friends, and acquaintances as her grandchildren "from America."

And then there was our aunt, Tante Elsbeth, who shared a home with Oma. In her signature red lipstick, miniskirts, and platform shoes, she was fun and hip — especially next to Oma in her house dresses and thick-soled walking shoes. She was also the cruise director, determined to give us a visit we would never forget. On that trip we hiked up the Drachenfels) to the ruins of a medieval castle along the Rhine River, and saw an outdoor theater production featuring Winnetou, famed German author Karl May's fictional Native American, who rode onto the stage on a live horse.

We picked blackberries by the railroad tracks and went to a nearby playground with a cousin. We brought home a stray cat, which couldn't stay. At night we played board games, and on some afternoons we were sent to the corner kiosk to buy cigarettes for Elsbeth and fruit pops for ourselves.

The freedom of those little jaunts was a huge thrill to two kids raised in the American suburbs. Our favorite outing was to the Waldau am Venusberg, a nature preserve with dark woods and trails, filled with wild boar and Bambi-like deer, which we fed stale bread and shriveled apples through a fence. We laughed at the tameness of the deer, their noses cold and dry as they gently nibbled at our open palms. The boar were separated by a wider berth, and we'd toss crusts and apples to them, watching as the alpha male inevitably horned his way in, eating the most while the babies squealed in frustration.

A decade later I would find myself back in the very same park, this time as a college junior spending my fall semester at the Heidelberg University. By then my Oma was living in an assisted care facility, crippled by a stroke and relegated to a wheelchair. On my weekend visits to Bonn, I would take her to the same park, which was nearby. Our late afternoon walks were more contemplative and less giddy than they once were, taking on a tone of urgency as I pushed her along the paths. Asking to stay a little longer, my grandmother was like the child I once was, not wanting to go home just yet—the setting sun and cooling fall air reminders of life's transience.

As children we used to stop at kiosks in town and along the Rhine to eat pommes frites with little plastic forks and a side of mayonnaise (even though we preferred ketchup). Stephen and I delighted in Spaghettieis, vanilla ice cream made to look like pasta noodles with raspberry sauce and white chocolate shavings on top. We ate cold cuts and bread for breakfast and big, warm lunches of pork chops, peas, carrots, and mashed potatoes.

Nothing compared, however, to my grandmother's cooking, especially her Apfelpfannkuchen, or apple pancakes, which we ate some afternoons in lieu of lunch. The sweet and doughy concoctions were the size of dinner plates, layered with sliced apples and sprinkled with sugar. Composed of only a few basic ingredients — flour, eggs, milk, apples, sugar — the recipe was far from complicated. Oma was the master of a-pinch-of-this and a-touch-of-that. Everything she made was prepared on a small counter and cooked over a tiny electric stove, enjoyed in a little apartment kitchen on the top floor of a small, nondescript, three-story building.

When we got home I'd beg my mom to make Oma's Apfelpfannkuchen. An accomplished cook, my mom's attempts — by her own admission and my unvoiced opinion — paled in comparison. Perhaps it was the apples, we surmised, but whatever the reason, the memory of those pancakes remained just that. I've tried over the years to replicate them, but some things are best left as they were.

On a trip to Germany a few years ago with Stephen and my mom, who wished to see the Christmas markets of her hometown "just one more time" (never mind that she was then, and remains now, in fine health), we felt our Oma's presence everywhere. When Elsbeth used a small paring knife to slice the world's best potatoes, I saw happily that some things never change — Oma's knife and her method of peeling were evidenced in her daughter.

We ate foods reminiscent of our Oma, heavy meals followed by afternoon coffee and cake that we didn't object to because we knew they were a treat — something we could indulge in for a week. We shared memories of her: her one porcelain cup and saucer that survived the war; her preference for stale brown bread, crediting it for her strong teeth, all of which were intact till the end; the dolls she knitted for her children — bodies, limbs, heads, hair, and clothes made from itchy leftover yarns, and without a pattern. We looked through photo albums with images of our Oma and other family members and friends at different times in their lives, the occasional pressed flower stuck in between the yellowing pages.

These days, when I recall our 1976 trip to friends, even the more lax ones, they are flabbergasted, suggesting an unaccompanied trip like that today would warrant a call to Social Services. That we made just one phone call after our arrival and wrote postcards dictated by our Oma only adds to the disbelief and head-shaking.

Dear Mom and Dad, we arrived safely. The weather is beautiful. Oma and Tante Elsbeth are taking good care of us. Love, Kristina and Stephen.

For me, though, that particular trip is just one of many reminders of the prelapsarian idyll that was my childhood—my precious madeleines.