Joe Biden has nominated Avril Haines as DNI, and may pick Michael Morell for the CIA. Both are tainted by torture 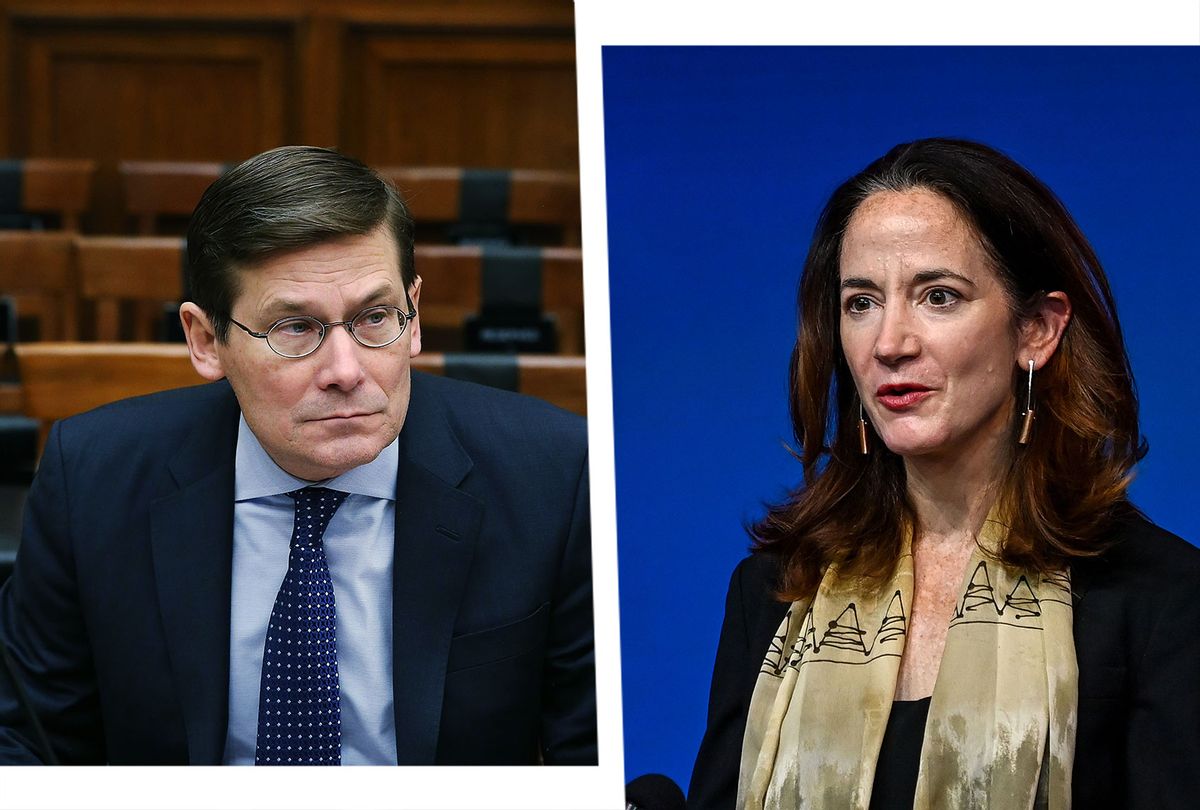 It was painful enough to live through the U.S invasion of Iraq that caused untold devastation and human misery for no justifiable reason.

Now we are again reminded of the grim legacy of the George W. Bush administration with President-elect Biden's nomination of Avril Haines as director of national intelligence. Haines, who has an inside-the-Beltway reputation for being nice and soft-spoken, was a little too nice to CIA agents who hacked into the computers of Senate Intelligence Committee investigators looking into the CIA use of torture — waterboarding, sleep deprivation, hypothermia, rectal feeding, whippings, sexual humiliation — at Guantánamo Bay and Afghan prisons during the Bush-era "war on terror."

As deputy director of the CIA in the Obama administration, Haines chose not to discipline those CIA hackers who violated the separation of powers, crossing the boundary line and beaching the firewall between the executive and legislative branches. To add insult to injury, Haines led the team that redacted an exhaustive five-year, 6,000-page Senate Intelligence Committee Report on Torture until it was reduced to a censored, 500-page summary smeared with black ink to cover up the horrors and shield those responsible.

That's why torture survivors and their advocates have just released a damning Open Letter urging senators to vote no on Haines when her nomination lands in their laps in mid-January or February, after the cyber-pomp and circumstance of a virtual presidential inauguration. The letter, signed by several decade-long detainees and survivors of torture at Guantánamo, also objects to the possible nomination of Michael Morell — who was a CIA analyst under Bush and two-time acting director under Obama — as CIA director.

"Elevating torture apologists to a leadership position within the Biden administration will damage the USA's standing and give the world's dictators succor and comfort," said Djamel Ameziane, a Guantánamo detainee from Algeria who was tortured and held without charge from 2002 to 2013, until he was finally released from prison.

Morell's traction may be on the wane with the Biden administration, however, after progressives launched a campaign against Morell's potential nomination and Sen. Ron Wyden of Oregon — a powerful Democrat on the Senate Intelligence Committee — called him a "torture apologist" and said his appointment to head the CIA was a "non-starter."

Objections to Morell include his defense of the CIA's "enhanced interrogation" practices: mock drownings, "walling" 9repeatedly slamming prisoners against a wall), whipping detainees with electrical cords, dumping freezing water on detainees who were naked except for diapers.

Morell refused to call these practices torture. "I don't like calling it torture for one simple reason: to call it torture says my guys were torturers," Morell told Vice reporters in 2015. "I'm gonna defend my guys till my last breath," he said, evidently putting his "guys" above truth, the law and basic decency.

Morell doesn't call it torture, but Guantánamo survivor Moazzam Begg knows exactly what torture is. Begg, who signed a false confession while tortured, is Outreach Director for CAGE, a U.K.-based organization serving communities hard hit by the War on Terror. Begg recollects his days in U.S. custody. "They tied me up with my hands behind my back to my legs, kicked me in the head, kicked me in the back, threatened to take me to Egypt to be tortured, to be raped, to be electrocuted," he said. "They had a woman screaming in the next room who I believed at that time was my wife. They bought pictures of my children and told me I would never see them again."

Contrary to the Senate report and the CIA's own internal review, Morell justified the torture by insisting that it was effective in thwarting future plots against Americans. Senate staffers said Morell got names, dates and facts all mixed up, and was dead wrong on the effectiveness of torture.

Torture survivor and award-winning writer Mansoor Adayfi, who was sold to U.S. forces in Afghanistan for bounty money and imprisoned without charge at Guantánamo for 14 years, knows firsthand that torture doesn't work. "In Guantánamo, when they put you under very bad circumstances — like 72 hours under very cold air conditioning, and you are tied to the ground and someone comes and pours cold water on you — you are going to tell them whatever they want you to say. I will sign anything, I will admit anything!"

In addition to soft-pedaling the use of torture, Morell helped shield the abusers from accountability by defending the CIA's 2005 destruction of nearly 90 videotapes of the brutal interrogation of Abu Zubaydah and other detainees a CIA black sites.

Biden is expected to nominate his candidate for CIA director any day now. For Jeffrey Kaye, author of "Cover-Up at Guantánamo" and a signatory to the open letter, the president-dlect must pass on Morell and the Senate must reject Haines. "Morell and Haines have put loyalty to CIA torturers above adherence to U.S. treaties and domestic law, as well as basic morality," Kaye said. "To allow them to serve in government would send a message to all that accountability for torture is passé, and that war crimes will always be dismissed with a wink from those in high office."

Other signatories to the letter objecting to Morell and Haines include:

Progressives have been lobbying against the inclusion of torture apologists in the Biden administration since the August Democratic National Convention, when 450 delegates delivered a letter to Biden urging him to hire new foreign policy advisers and reject Haines. CODEPINK later launched a petition signed by more than 4,000, and organized Capitol Hill calling parties with Muslim delegates and allies to leave "No on Haines, No on Morell," messages at the offices of Senate Intelligence Committee members, who are slated to question Haines during confirmation hearings.

For months, Morell was considered the frontrunner for CIA director, but opposition to his disgraceful defense of torture has cast a pall on his nomination. Now anti-war activists say they want to make sure his nomination is off the table, and that Biden and the Senate also understand Haines must be rejected for her complicity in suppressing evidence of CIA torture.

There's more. Both Morell and Haines supported Trump's nomination of Gina Haspel as CIA director, a nomination that Sen. Kamala Harris, along with other prominent Democrats and the late Sen. John McCain vigorously opposed. Haspel supervised a black-site prison in Thailand and drafted the memo authorizing the destruction of CIA videotapes documenting torture.

In the words of the aforementioned Col. Larry Wilkerson, "Kidnapping, torture and assassination have no place in a democracy and [they] turn the CIA into a secret police. … Abuses of the kind documented in the Senate's report could happen again." Indeed, they very likely will — if Biden and the Senate elevate torture apologists and whitewashers to the highest levels of power.

We need intelligence leaders who acknowledge that torture is illegal under international law; that is inhumane; that it is ineffective; that it puts at risk U.S. military personnel captured by adversaries. The American people must send a clear message to President-elect Biden that we will not accept torture enablers in his administration.