As the end of the reign draws near, Republican world gets crazier and crazier 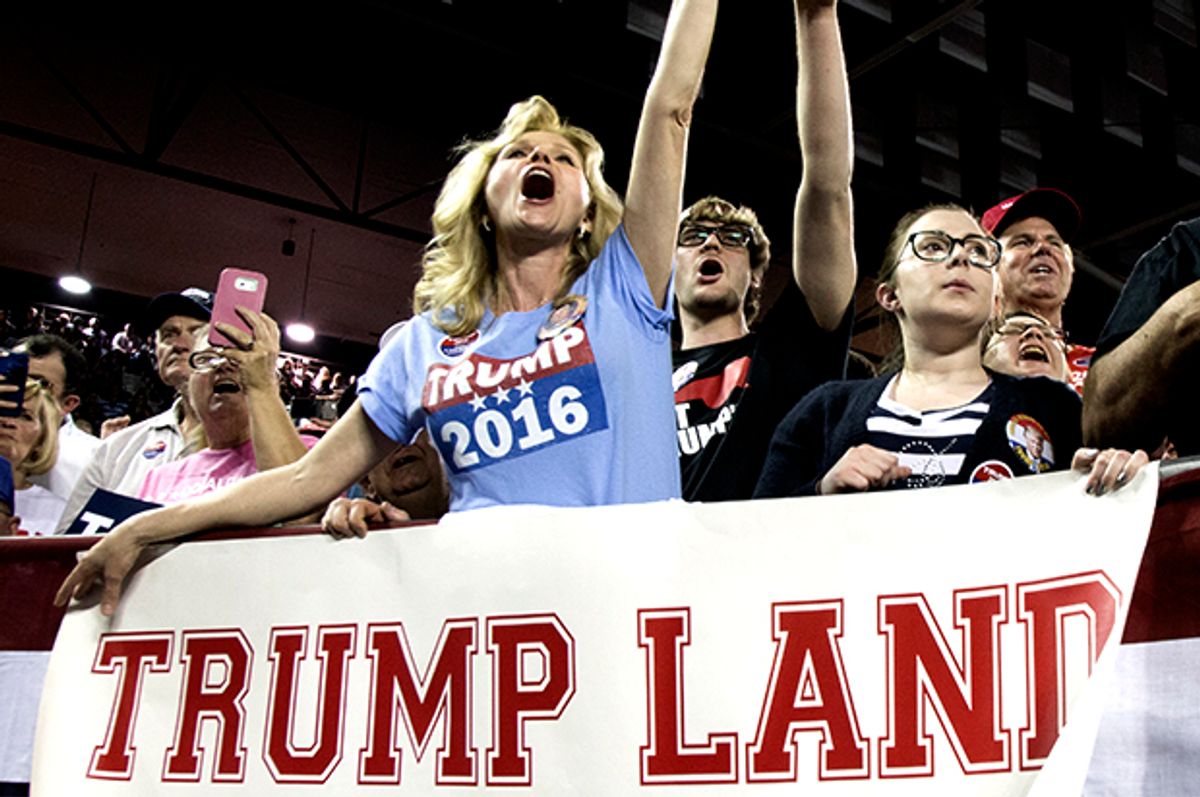 Even for Donald Trump and the Republican Tabernacle Choir of the Senate, this weekend was an all-star level of crazy-making – another in which the White House could ignore a pandemic killing 3,000 Americans a day, widespread misery and an attack on the nation while discussing the possibility of martial law over Trump's election loss.

What saved it was the last-minute, roller-coaster deal in the Congress for a coronavirus aid bill, as ugly a compromise as possible, but an agreement nevertheless. Stand by for the conflicting credits and new discoveries about what actually passes today in the multi-hundred-page bill.

The whole weekend made me, at least, feel as if I live on a different planet – with theirs being one in which it is impossible to separate the important from the inane. We can all agree that the White House continues to make seeing the news an emotionally exhausting experience.

Transition interruptus: Donald Trump ordered halted any transition meetings between the Defense Department and the incoming Joe Biden team for the next few weeks.  In what universe other than the Trump ego-fantasy does it make any sense for incoming Pentagon leadership not to know about the readiness of military forces, the global danger signs that the Pentagon is tracking, even the Defense spending patterns. Apparently, such meetings were halted because Trump was angered by seeing a Washington Post article that suggested the Biden team was looking at how many billions of dollars could be saved from re-routing money taken from the Pentagon for the border wall construction back to the military. I would hope that is something they should be considering.

Screwing up coronavirus economic aid: Even to their own members, the movement among Republican senators to find new religion for relief from debts and deficits by blocking coronavirus aid to Americans was reportedly being seen as nuts. The situation was fluid, but barely, as Sen. Pat Toomey (R-Pa.), led a late charge to stop lending by the supposedly independent Federal Reserve for businesses that need credit to stay afloat. A compromise finally got through around narrowing the proposal, setting Congress towards bill approval, but not before once again putting hunger and evictions over non-payment of rent for millions on real display and requiring a third, brief reset of the deadline clock for the final votes. Republicans had seen it as a fiscal necessity; Democrats saw a bid to throttle the incoming Joe Biden administration even before it takes office. Though the participants will see it as a victory, It was politics at its worst.

Ignoring cybersecurity hacking: Even after Secretary of State Mike Pompeo said it was the Russians who broke through software walls guarding the Pentagon, the Treasury and Commerce Departments and the nuclear areas of the Energy Department, Trump still insisted Saturday it could have been the Chinese – adding that they could have adversely affected voting in the election as well, to account for his loss. Trump thinks we are idiots.

Trump's never-ending election challenges: More than six weeks after the election, Trump met in the White House on Friday night with the Sidney Powell, the lawyer who's outlandish arguments about election fraud were considered too far out of line for him to even keep her on as a personal lawyer, where they discussed making her a special counsel investigating voter fraud, according to two people briefed on the discussion. Even Rudy Giuliani, present by phone, said no, as did White House counsel Pat Cipollone. Apart from all else, declaring a special counsel is the jurisdiction of the Justice Department, not the Oval Office. Powell is the one arguing conspiracy theories about a Venezuelan plot to rig voting machines in the United States. It was unclear if Trump will move ahead on it. Meanwhile, Trump associate and disgraced, but pardoned, former national security adviser Michael T. Flynn is going around the country telling Trump to declare martial law over the election results.

The pending pardons: Politico reported that Trump is considering preemptively pardoning as many as 20 aides and associates before leaving office, even to the frustration of Senate Republicans who are arguing that strategy could backfire politically. Again, pardons are supposed to move through the Justice Department and a review process, and again Trump is insisting on his own rules for family and friends. Those under consideration include personal attorney Rudy Giuliani, campaign staff and several members of his family. Of course, accepting a pardon includes the assumption that there was a crime committed. From my point of view, perhaps the smartest move Trump might make is to offer Hunter Biden the same pre-criminal pardon he apparently is considering for his own kids.

Fast and loose money: It turns out that Trump will be leaving with tens of millions of dollars with few legal limits on how he can spend it. And, records now show that his family members managed to interfere with campaign funds to direct hundreds of millions into slush funds controlled by Trump. This brazen attempt to siphon reportable campaign money into accounts for which there is no accounting is questionable on lots of grounds, if not legal grounds. In any event, the reports extend the pattern of loose financial ethics marking the Trump presidency, which has been built on using official office and functions into personal money-making activities, from spending his time golfing at Trump resorts to re-routing foreign trips to the benefit of his own properties.

Expanding Mining: Despite the timing, on his way out the door Trump is moving to open up vast amounts of federal land to widespread mining and drilling, The New York Times reported. It is a move bound to create yet more consternation and problems for the incoming Biden administration, which for procedural reasons as well as political ones, is bound to challenge a number of the individual sites involved. Again, whose interests are being served here?

And in possibly the dumbest attack of the week: Trump supporters took up the challenge to knock the doctorate earned by Dr. Jill Biden, defending and outdoing a particularly sexist, silly and anti-intellectual column from a Wall Street Journal op-ed that asked her to drop the honorific unless she was going to treat coronavirus patients. Go stuff it, kiddo.

Meanwhile, at far ends of the news worlds, both The New York Times and Lou Dobbs ran apologies for getting things wrong – the Times over trusting a source on ISIS without proper investigation and, under legal threat, Dobbs (or his employer Fox News) for allowing unsubstantiated lying about conspiracy theories about election fraud.

On the other hand, Trump and Vice President Mike Pence reached the enormously important and contentious decision to label members of Space Force as "guardians," rather than airmen, sailors, soldiers or Marines. Wasn't that the name of the universe-traveling robot Gort in "The Day the Earth Stood Still"?

You think we will miss these weekends after Jan. 20?