Seamus Mullen's love affair with tortilla española: Find beauty in the simplicity of this dish 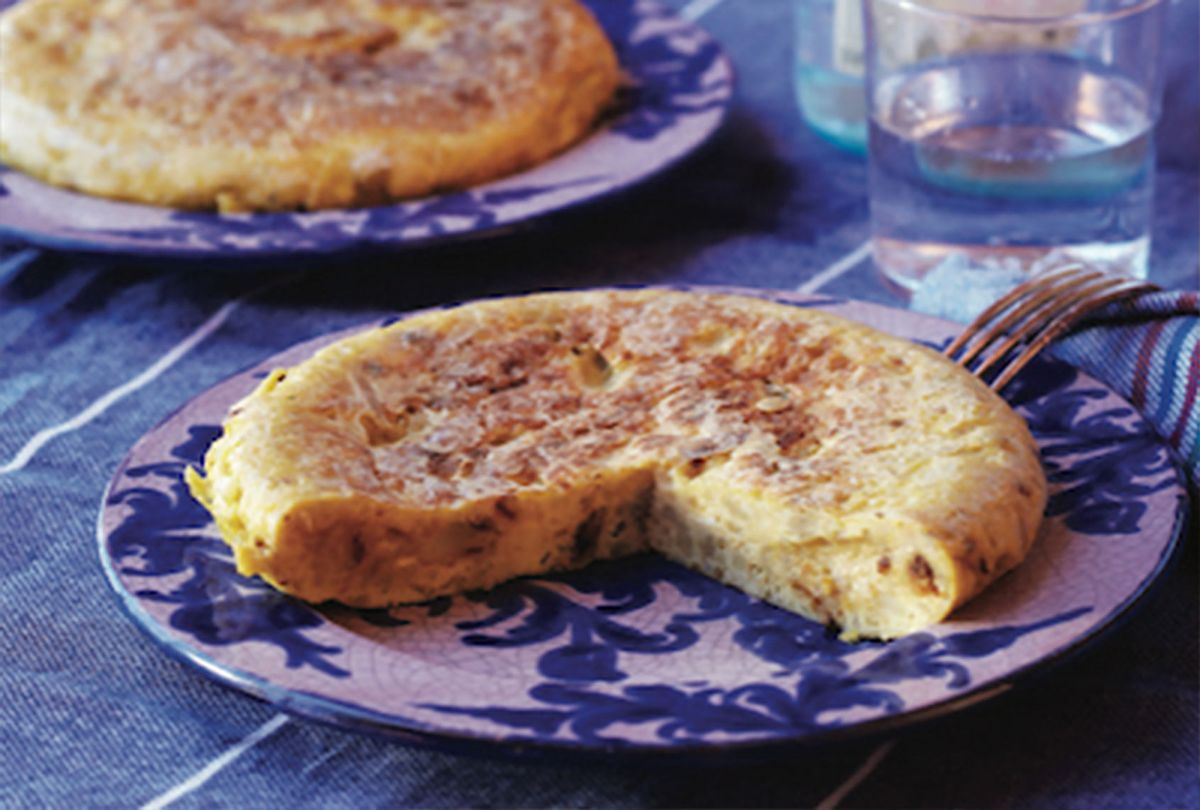 Tortilla Española (Photo courtesy of the Institute of Culinary Education)
--

The former chef at Boqueria and Tertulia in New York City explores the most emblematic Spanish dish — rich with history and more like an omelette than a taco — and the story of when he learned to cook it in Spain.

I first fell in love with the tortilla española when I was in high school. For the uninitiated, this is nothing like a taco, though I confess to being confused, too. I was 16-years-old, having freshly arrived in Burgos in north-central Spain to kick off a year abroad exchange program. My retention of the Spanish language was dismal, and my knowledge of Spanish culture was very limited. I think everything I knew about Spain I learned from reading the children's book "Ferdinand the Bull."

Here I was, day one in a foreign country, in a bar with my host father, sipping a glass of rose wine (yes, the first thing he did was take a 16-year-old American kid to a bar to drink wine!), waiting for the tortilla he ordered, expecting some spicy Mexican taco to arrive. Instead, the waiter returned with a wedge of room-temperature, eggy, potato-heavy pie. I was confused. I assumed that I had misunderstood what we ordered, but the one word I had distinctly been able to pick out in the machine-gun fire of Castilian vocabulary, was "tortilla." Yet here we were, about to eat a cold omelet.

I grew up on a farm in Vermont, cooking and eating delicious food from a very young age. By now, I was already a foodie (long before that divisive word existed). I tucked into that tortilla, and my life as a food lover was forever changed. With four ingredients: eggs, potato, salt, and most importantly, extra virgin olive oil, it was so simple, yet sublime. We ordered a second. And then, of course, a third. Little did I know that the tortilla española is the subject of national debate in Spain, the cause of epic arguments, the obelisk of culture. It is the cornerstone of a national culinary identity. I had to learn how to make it.

Like so many "simple" things in the kitchen, making a good tortilla takes years to perfect and requires a level of detail and attention that are lost on the uninitiated. A true master of the tortilla observes and coaxes the magic out of the humblest of pies. My first attempts were abysmal. The notorious vuelta, or flip, is where the problems usually start. When the pie is at the halfway point, the pan is covered with a plate or a lid, and the whole shebang is flipped in a single motion and then slipped back into the pan to cook on the other side.

I watched my host mother do this effortlessly, like Anna Pavlova performing a grande jeté. My first attempts were more reminiscent of Jackson Pollock paintings all over the floor, cupboard and ceiling. With practice, I mastered the vuelta, only to learn that it's just the beginning of the journey. What I love so much about this dish is how the subtlest of changes can completely alter the final product. And while all Spaniards can agree that it is the most iconic dish, everyone has their own opinion on what constitutes a "traditional" tortilla. With onion? Heresy to some, fundamental to others. The one thing that is for certain: The fewer ingredients, the closer to its purest form. In truth, there are as many recipes for tortilla española in Spain as there are grandmothers. And to every Spaniard, their grandma's is the one true recipe.

Here is what I have learned over the past 31 years making this dish:

The beauty of mastering this dish is that it becomes an important page in every cook's repertoire. Even after mastering the dish, it's still so easy to screw up. It requires a level of attention and observation that forces us to forget our predilection to multi-tasking and brings us into a moment of solemn craft as cooks. Being equipped to whip up a tortilla at a moment's notice with ingredients you always have in the kitchen is a great trick to have up your sleeve.

Here's a version from my first cookbook, "Hero Food," that I love to make. Practice, practice and you will find beauty in the simplicity of this dish.