America's military reckoning: It's time to stop the ritualistic fawning over veterans

Most who've served deserve our praise. But military veterans don't get a free pass to spread sedition or hatred 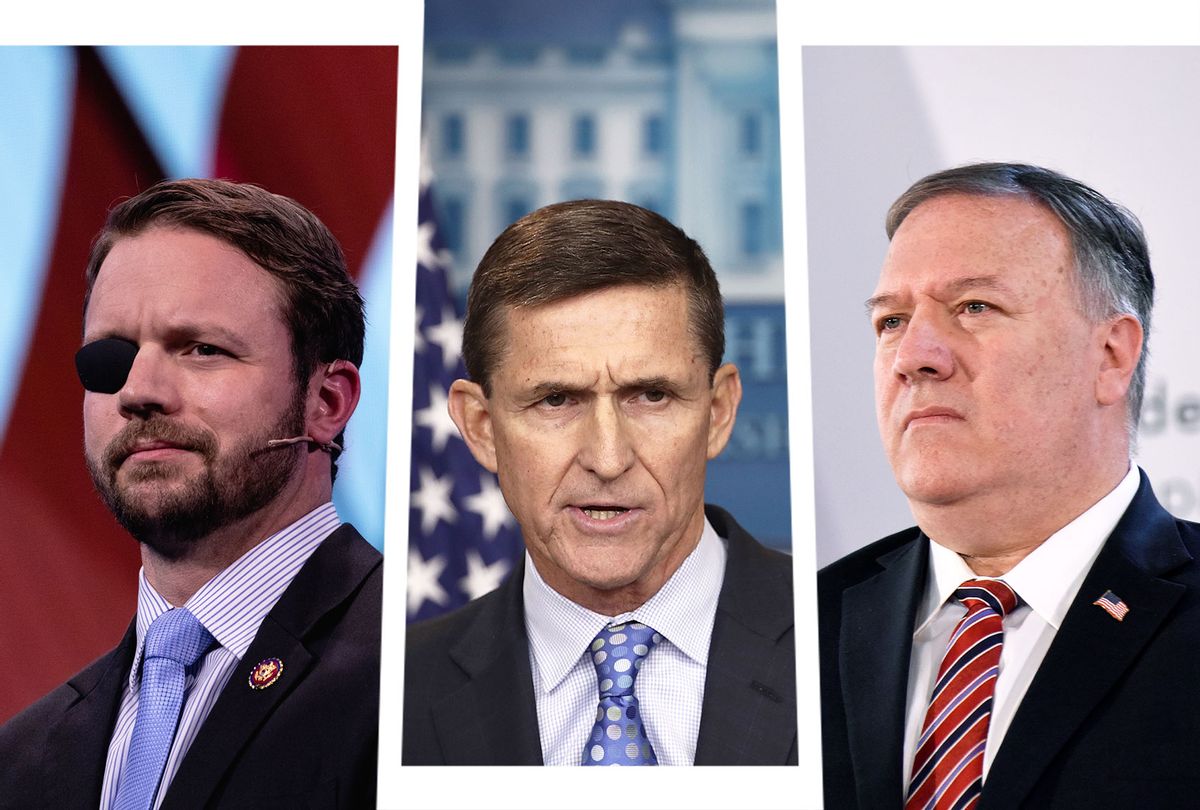 It's time for Americans to end their ritualistic fawning over veterans. When former members of the U.S. armed forces visit the White House to promote military coups, they prove that veterans do not automatically, uncritically warrant our praise.

In an era of perpetual war, this may appear blasphemous. America's all-volunteer force has borne the burden of a militarized foreign policy in the wake of 9/11 that has sent more than two million servicemen and women overseas to keep our nation safe. These veterans have sacrificed immensely, some in heroic fashion. Incredibly brave men and women still populate our military ranks.

Yet in society's haste to thank them for their service, veterans have become, in far too many ways, an inviolable sect beyond reproach. Any criticism risks bringing forth a slew of anti-patriotic opprobrium. Such blanket adulation must end. And this most chaotic of years demonstrates why.

In one of the more contentious political seasons in American history, few malefactors have exceeded the duplicity of retired Lt. Gen. Michael Flynn, who has called on President Trump to suspend the Constitution and declare martial law so military leaders can oversee a redo of the 2020 election. Never mind that Flynn, who pled guilty to misleading the FBI, once swore an oath to uphold that very Constitution.

Below these conspiracy theorists might be found veterans like Rep. Dan Crenshaw, R-Texas, embracing his party's hyper-partisan talking points to ridicule the working-class background of his colleague Alexandria Ocasio-Cortez, D-N.Y. To Crenshaw, his political opponents were "nuts" and didn't "know hardship" like he did. (Democratic senatorial candidate MJ Hegar relied on similar tactics in Texas.) Apparently, in these narratives, only veterans understand adversity and suffering.

Nor have senior military leaders and veterans accorded themselves well in foreign policy. Secretary of State Mike Pompeo, a 1986 West Point graduate, slow-rolled acknowledging Joe Biden as president-elect and publicly quipped he would help usher a "smooth transition to a second Trump administration." The policies Pompeo have supported — one source recently described him as a "global arsonist" — hardly have advanced our national interests overseas.

Even well-respected officers have been largely derivative in their approach to U.S. foreign policy. Retired Lt. Gen. and former national security adviser H.R. McMaster, in his latest book, has recommended a national security strategy based on little beyond what one reviewer has deemed "a more muscular and constant use of force." When President Trump authorized the assassination of Gen. Qassem Soleimani, chief of Iran's Quds Force, other retired generals described the act only in terms of "American deterrence," without questioning its moral or legal justifications.

And none of us should discount that some American veterans have acted immorally in our recent wars, a point of vital concern for our society, if not for our president. Texas Republican chair Allen West — who recently called for secession — received a military reprimand for threatening to shoot an Iraqi detainee, while Eddie Gallagher, Clint Lorance and Robert Bales, among others, either have been accused or convicted of killing civilians in Iraq and Afghanistan. Do these men deserve our admiration simply because they wore a uniform?

Without question, these examples are not, thankfully, representative of the larger whole. The vast majority of Americans serving in the armed forces do so in a way that make their families and local communities proud. In large measure, we should take pride in those citizens who voluntarily serve their nation in uniform and appreciate their sacrifices on our behalf.

But instances of impropriety should not be dismissed because we are required, by some unwritten rule, to mechanically thank veterans for their service. Wearing a uniform should not shield the wearer from scrutiny, criticism or disciplinary action. Like all of us, veterans and current serving members of the armed forces are human beings, with the same gifts and foibles we all carry on a daily basis.

Armies often are a reflection of the societies they serve. Such is true of the U.S. armed forces today which is "more racially and ethnically diverse than in previous generations." Yet despite our claims of American exceptionalism, our society remains imperfect. We should not be surprised that military service members might be imperfect as well.

We need to come to a reckoning with our military affair, for it has become dangerous to our republic at a time when our fundamental political values and norms have been threatened by an imperial presidency and its timorous supporters. Our adulation makes it more difficult to hold institutions accountable, to forge, under civilian control, more appropriate military policies, and to determine the costs of our national security.

In the end, when veterans call to suspend the Constitution in times of peace or discount their immoral acts in times of war, then we, as a society, have the right and responsibility to hold them accountable.

MORE FROM Gregory A. Daddis