Don Corleone with an unlimited "get out of jail" card 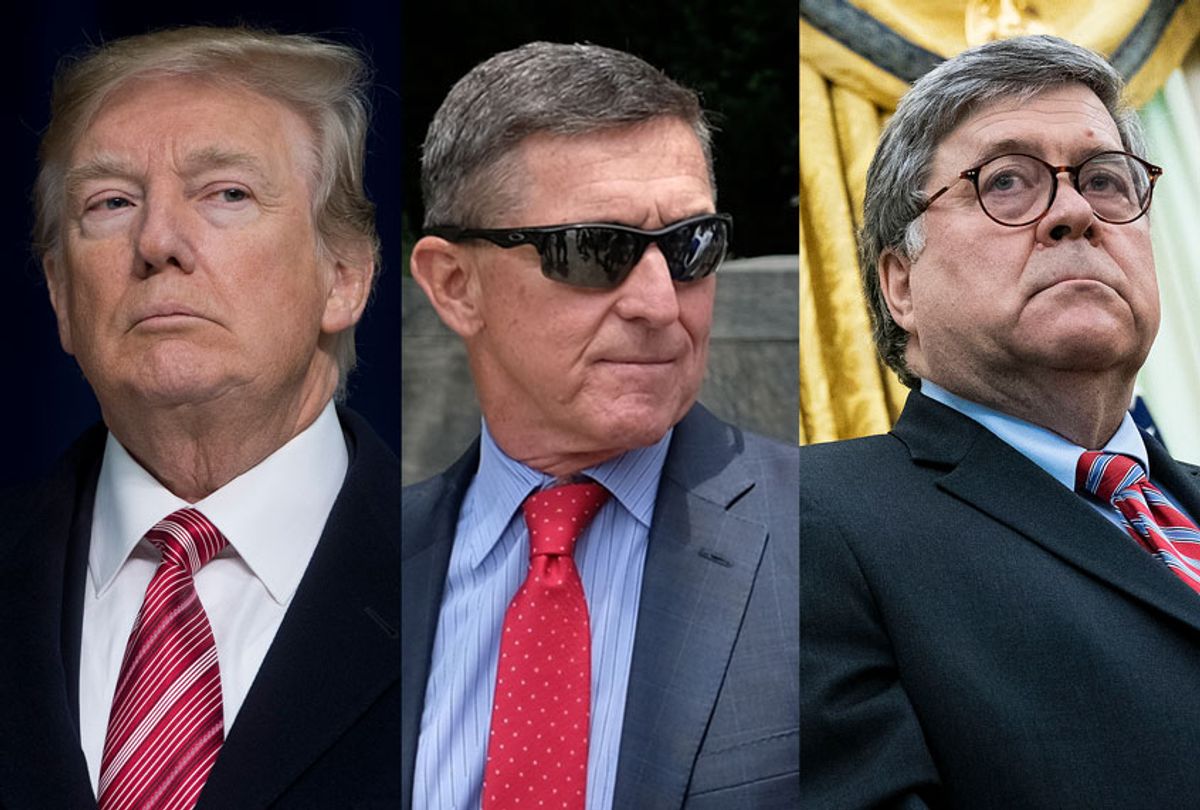 The 41 pardons Donald Trump granted last week drew a lot of attention, but few seemed to notice the message Trump sent by not pardoning some.

Trump's choices made clear he is a crime boss.

Four Blackwater mercenaries who, working for Trump ally Erik Prince murdered Iraqi civilians, were pardoned. But there was no pardon for Jeremy Ridgeway, the soldier-for-hire who pleaded guilty to manslaughter, testified against the others and was sentenced to a year and a day in federal prison.

Earlier, Trump pardoned Rod Blagojevich, the former Illinois governor convicted of trying to sell a Senate seat. But there was no pardon for lawyer Michael Cohen, Trump's longtime fixer who confessed to committing felonies at the direction of unindicted co-conspirator "Individual 1," identified in federal court as Trump.

In true mobster fashion, Trump once referred to Cohen as a "rat" for confessing. He praised Manafort for not "flipping" to testify against him.

The names of those pardoned, and sometimes the names of those not pardoned, have appeared in news reports and opinion columns, but there was no connecting the dots to show the pattern and its meaning. The pattern reveals a  crystal  clear message to lawyers for those considering ratting out Trump or  already working with authorities to rein in the Trump crime family:

The boss takes care of friends and allies if they lie for the boss or keep silent, but does nothing for those who cooperate with law enforcement.

Given Trump's many attacks on the FBI and other law enforcement, this should surprise no one, especially journalists. Yet my fellow journalists didn't point this out.

How is it that none of our major news organizations figured this out? Hint: They rely too much on the official version of events, official announcements, and access instead of thinking and exercising reportorial authority. They are afraid they will be seen as biased or tendentious.

If Trump declared the sun rises in the West, many news organizations would avoid reporting that as false, crazy, or nonsense. Some would focus on how the sun only appears to rise, never mind that it appears to rise in the East.

The pardons issued so far raise grave questions about the future of our democracy. The actions have received less comment than outrage over the brazen abuse of the pardon power, especially as part of a scheme to obstruct justice.

Think about what will happen if someone as lawless as Trump ever again becomes president. Imagine a president with much more skill, smarts, and vigor, and one with better lawyers. A future president could use the pardon power to protect elaborate criminal schemes, to subvert the Bill of Rights, to frame political opponents, and even direct political murders so long as they were committed in federal jurisdictions. The presidential pardon, remember, applies only to federal crimes.

Trump behaved last week exactly as any crime boss would act if he could exercise the powers of the American presidency:

Show mercy to criminals, especially criminals who have aided your crimes or whose supporters may be useful to you in the future, but do nothing for those who did the right thing once they were caught and helped bring others to justice.

This is exactly what Trump, as a private citizen, did in a series of extraordinary favors for a major international cocaine and marijuana trafficker with whom he had extensive, close business ties.

In that case, Trump sought mercy for three-time felon Joseph Weichselbaum. The trafficker managed and piloted Trump's helicopter in the 1980s, supplied Trump with a fleet of helicopters to ferry high rollers to Atlantic City, and rented a luxury Manhattan apartment from Trump under a lease that obscured rent costs.

In a 1986 letter to the sentencing judge, Trump called Weichselbaum "a credit to the community." Trump wrote Weichselbaum should serve no prison time for a long-running scheme in which 20-year sentences went to the mules—people who drove cars and vans loaded with drugs from Miami to Cincinnati.

Carefully read, Trump's letter was really directed not at the judge, but at Weichselbaum.

Trump's clear message to his buddy: Don't rat me out and I'll take care of you.

Cocaine trafficker Weichselbaum spent just 18 months in a Manhattan prison. He paid only a token sum on his $30,000 federal fine because he said he was broke. Yet, he moved from prison to a $2.4 million double apartment at Trump Tower. The Trump Organization also gave him a new job—as Trump's helicopter consultant.

Now is the time to demand that Congress act to protect us from a future lawless president so the pardon power cannot be a balm to criminal pals and an ax to eviscerate our liberties and our control of our government.