How to cook filet mignon to absolute perfection

Time-tested methods for cooking a juicy filet mignon, from grill to pan to oven 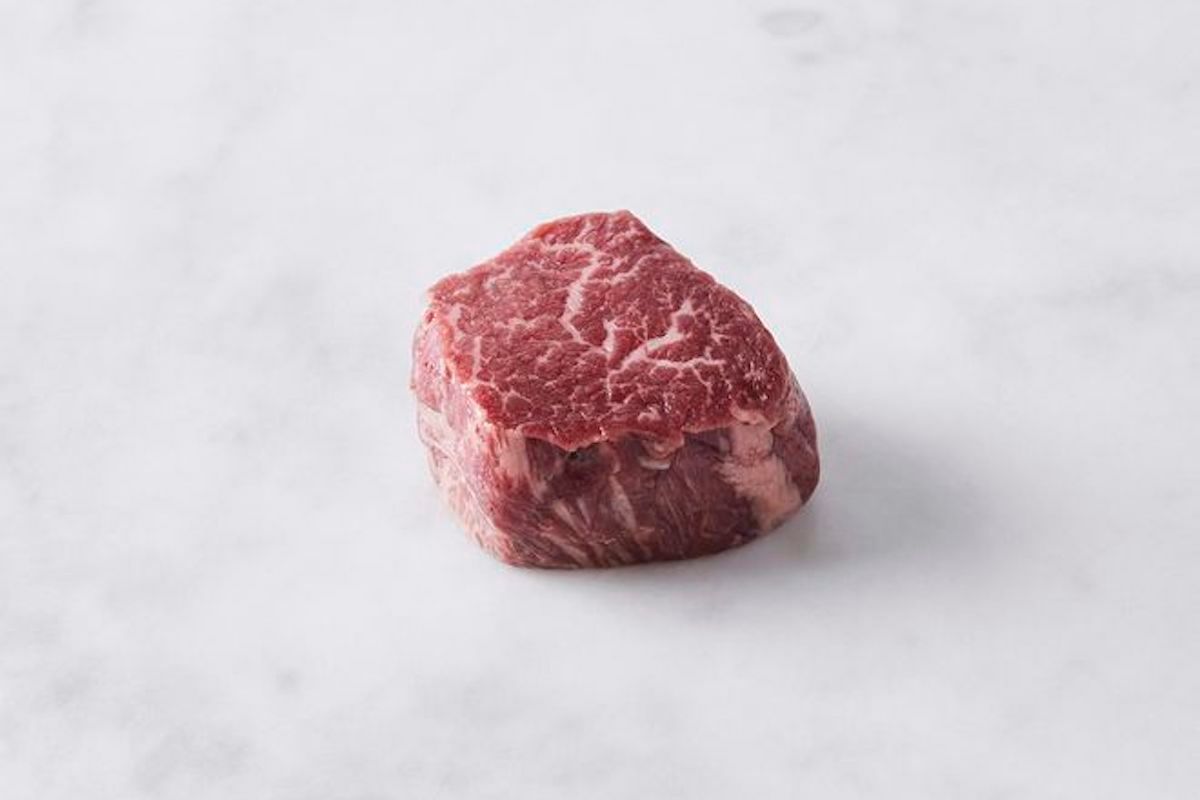 With high demand and only about eight cuts per cow, filet mignon often fetches the highest price in the butcher's case. When you're paying upwards of $20 per pound, cooking these precious tidbits can feel a little like a tightrope walk. Don't be intimidated. By paying attention to a few important details, learning how to cook filet mignon like you've been doing it your whole life is actually quite easy.

What is filet mignon?

Filet mignon is a choice steak, indeed. To form it, the butcher makes a cross-sectional cut from the small end of the tenderloin, a long muscle with one narrow, pointed end which runs along the lower part of the cow's spine. The flesh there doesn't do much work, and is, therefore, very, very tender.

How to prep a filet mignon

Prepping a filet is simple. First, remove the steak from the refrigerator at least 30 minutes before cooking to bring the meat up to room temperature. This small but crucial step will result in a much more even cook. Next, pat the steak all over with a dry paper towel. Removing extra surface moisture will enable a nice, aggressive sear with plenty of delicious Maillard reaction for a flavorful crust. Finally, season the meat generously on all sides with coarse Kosher salt (which melts more slowly) and freshly ground pepper.

That's all you really need. However, since filet mignon is a mild-flavored cut, some people like to go beyond salt and pepper with an extra-flavorful crust of herbs or other spices. If that sounds delicious, go for it.

Next, prepare to cook. If you plan to use your oven (more on that later), preheat it now. And if you have an instant-read meat thermometer, keep it handy.

To develop a phenomenal crust on filet mignon, sear it in a very hot, heavy pan, preferably of cast iron or carbon steel. Set the pan over high heat and add a small amount of neutral, high heat cooking oil such as grape seed. When the oil shimmers, just before it starts to smoke, place the steak in the pan. Do not move the meat for 2-3 minutes, then take a peek. If the filet sports a deep brown sear on the bottom, it's time to flip it. If the meat sticks at all, it's not quite done searing. Leave it alone for another minute and it will self-release (trust the process!)

Repeat and sear on the other side. When a nice crust has formed, the steak is nearly done, but not quite. At this point, you have two choices: finish the filet in the pan, or transfer it to the oven.

Finishing in the pan

To finish your filet mignon in the pan, try a technique I call the "baste and roll." When the top and bottom of your steak are nicely seared, turn the filet on its side and proceed to roll it slowly around the pan. When the meat has browned on all sides, it's time to baste.

Add a couple of tablespoons of butter, a clove or two of garlic, and a sprig of woody herbs like thyme and rosemary to the pan. Sizzle the aromatics in the butter for a few seconds, then tilt the pan towards you slightly, causing the butter to pool at the lower end. Using a spoon, baste the steak with the sizzling butter. Scoop up a spoonful, drench the meat, and repeat. Do this for about one minute, then use your thermometer to check the temperature in the center of the filet. For a perfect medium rare, aim for between 125 and 130 degrees F. If you're not there yet, keep basting and rolling until you are.

Finishing in the oven

The baste and roll takes a little effort, but finishing steak in the oven is super-easy. To take this route, preheat the oven to about 450. After flipping the filet, put the steak — pan and all — into the hot oven. Five minutes later, check the temperature at the center of the meat.

When your filet reaches an internal temperature of 125-130 F, remove it from the heat. If you have a wire rack, set the steak on it to rest. The air flow around the steak will prevent the bottom crust from steaming. Rest the filet for about 10 minutes. The juices will redistribute, and the internal temperature will continue to rise, bringing the meat to a perfect, juicy medium rare.

Since filet mignon has a mild flavor, it goes with pretty much anything you'd like to serve it with. It's often served with sauce. To slice the steak for serving, cut the meat across the grain.

Recipes For Filet, Your Way