Trump was the worst part of 2020: From the pandemic to the protests, the president ruined a bad year 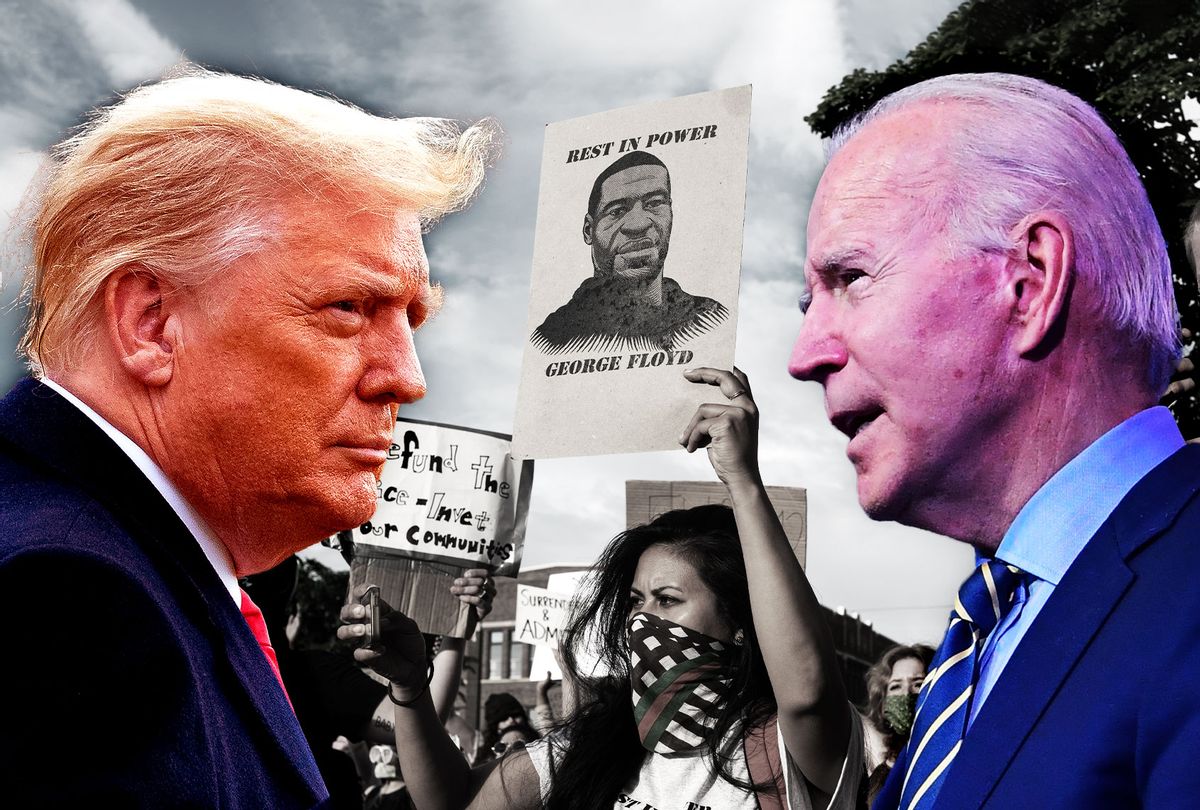 Donald Trump, Joe Biden and the George Floyd protests during the summer of 2020 (Photo illustration by Salon/Getty Images)
--

One year ago today, in the wake of the House of Representatives voting to impeach President Trump, the New York Times published a deeply reported insider account of the president's dealings with Ukraine the previous summer and how the White House had reacted to it. The story brought home just how alarmed the president's own henchmen had been at what he was attempting to do. So, as we headed into 2020, the anticipation was palpable.

Trump's many scandals had overwhelmed the system for years and his ongoing incompetence and corruption were simply part of what had become normalized, every day, shock and outrage. Finally, the country was going to get a big, national tableau in which to lay out the case against Trump in a televised Senate trial in the most important election year in modern memory. It seemed likely that such a historic political event would mean that the next year would be spent in trench warfare litigating Trump's record of corruption, abuse of power and malfeasance.

But the year started off with the spectacle of the entire Republican Party, except for Mitt Romney, endorsing the idea that their president was perfectly within his rights to use congressionally appropriated military aid to a foreign country to extort its leaders to sabotage his political opponent's presidential campaign. There was no doubt as to the facts. The president himself provided a transcript of the extortion phone call, calling it "perfect." Republicans simply decided there was nothing wrong with what he did, leaving it unlikely that Trump would be removed since it would require a two-thirds majority vote in the Senate.

That should have been a clue as to how they would react if Trump played the same game he played in 2016 and promised that he would only accept the results of the election if he won.

There was also, you'll recall, a spirited primary race happening at the time which had the country on pins and needles to see who would be challenging Trump in the fall. A year ago today, we had no idea who that person would be although if you looked at the polls that day it showed Joe Biden up by 10 points nationally, a result that most of us shrugged off as a function of name recognition or familiarity that would wear off once the primaries started in earnest. Go figure.

We all know by now the basic outlines of how badly the U.S. government's response to the coronavirus pandemic under Donald Trump turned out to be. We learned, through the tapes made by Bob Woodward, that Trump believed he needed to be a cheerleader, admitting to the famed journalist, "I wanted to always play it down. I still like playing it down, because I don't want to create a panic." He wanted to play it down because he was afraid that he would lose the election if the economy wasn't roaring. So he encouraged states to open up prematurely and created a movement of people who refused to take the health crisis seriously by refusing to endorse the strategies that might have lowered the caseload, failing to properly ramp up testing and using his platform to push snake oil and miracle cures that made everything worse.

338,000 COVID deaths and counting, many of them preventable, is beyond tragic. The lost incomes, shuttered businesses and ruinous economic hardship that went along with it are heartbreaking. And while our country has botched the pandemic response on a level unlike any other developed nation, the rest of the world has suffered greatly as well even if they didn't have the appalling number of deaths that we have endured.

By the time summer 2020 rolled around, Trump was desperate to retake control — but the George Floyd murder brought people all over the world into the streets.

Trump saw another opportunity to win his election by fanning the flames of division and hate. His response in that famous phone call to the governors — "dominate, dominate dominate!" — said everything about his political instincts. The world is very lucky that a man such as he was so incapable that he never truly understood how to use the immense power he had. His instinct was to use overwhelming force against protesters to stage an offensive photo-op and thankfully it backfired spectacularly. The Black Lives Matter movement gained strength instead of losing it.

COVID was still stalking us, however, with deadly hot spots flaring all summer culminating in the current massive winter surges we are now experiencing. Major parts of the country are again on stay-at-home orders even though many people are just ignoring them. The vaccines are on the way but sadly they will be too late to save the lives of many thousands of people who didn't have to die.

Donald Trump believed that if he "played down" the virus he could win the election which was, literally, the only thing he cared about. Indeed, no one has ever wanted to win an election more than he did. But by November it was clear that his failure was overwhelming and 80 million people came out to vote against him, besting GOP turnout nationally by over 7 million votes. He still refuses to accept this and has created an absurd conspiracy theory to explain that he actually won. Tens of millions of people believe him and will likely be convinced to the end of their days that this ridiculous, provably false nonsense is true.

We couldn't have predicted the pandemic last January but we certainly could have predicted that Donald Trump would do anything and everything to degrade our democracy and further divide the American people. That was his one very special talent brought into stark relief from the impeachment to the election.

During the campaign he liked to brag that he was nominated for "two Nobel Prizes" and his staff even put the Nobel prize into a little vanity video this week as if to imply he'd won it. He will never win a Nobel Prize, obviously. But after all he's done, the Gallup Poll shows him to be the most admired man in America in 2020. Maybe that will finally make him feel better. It would make me depressed except that I know 2021, whatever the challenges and crises it's going to bring, will be better than this dumpster fire of a year because Donald Trump will no longer be running the country. That's enough to make you feel downright optimistic about the future.