Here's what to watch for when the House and Senate meet Jan. 6 to review the Electoral College votes 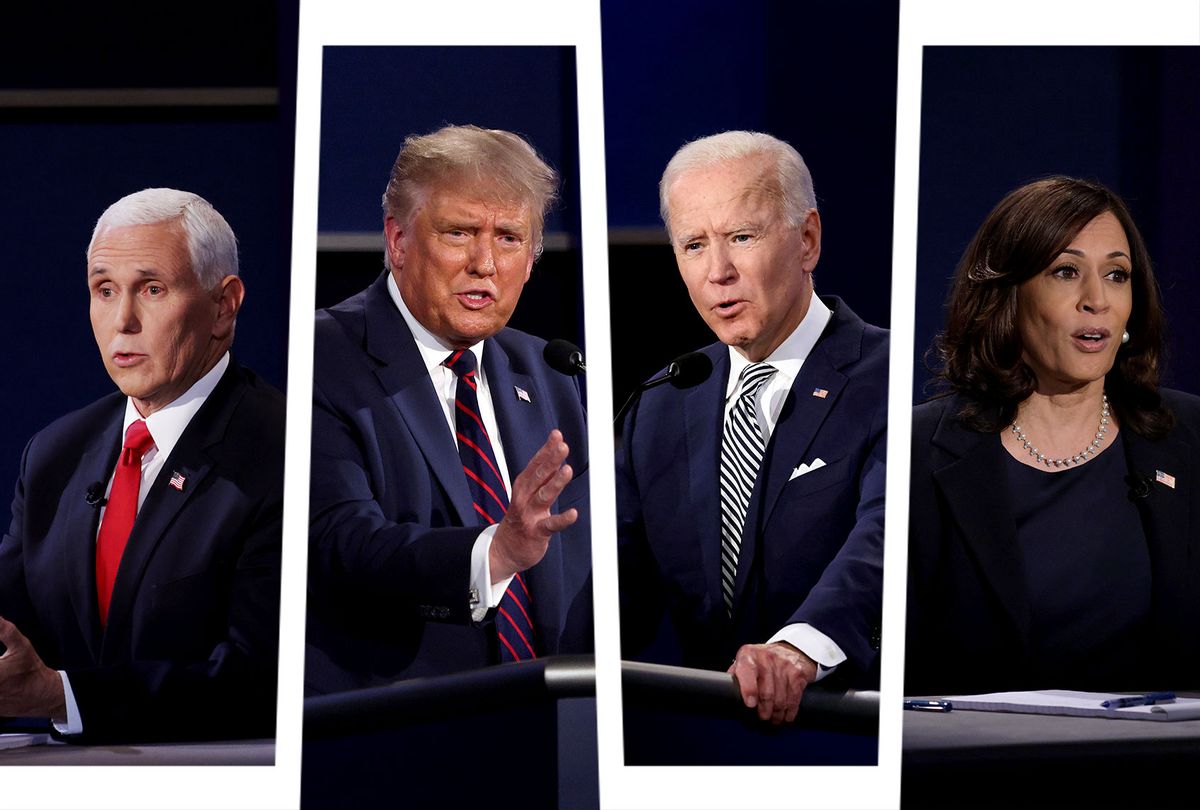 Next week's vote by the incoming Congress on the Electoral College roll-up of November election results will be anything but routine.

But, as has become the usual way, too much attention is focused on the personalities involved and not enough on the effects on the country.

Indeed, it feels much more depressingly usual that we could have more debate to resolve a fantasy election challenge than we can have to settle the recent impasse over a presidential hissy-fit over signing an overdue coronavirus aid bill — a signing that came without explanation last week.

The cast of the Jan. 6. drama includes Donald Trump, of course, whose obsession with the fantasy of a Congress overturning reality is center stage; Sen. Mitch McConnell and his apparently doomed hopes for a unified Republican caucus; the puppetry of Sen. Josh Hawley, R-Mo., and incoming Sen. Tommy Tuberville R-Ala., acting on behalf of Trump; and the spinelessness of Vice President Mike Pence, who is caught in the unfortunate speaking role of recognizing (or not) the vocal attempts of a few Trump loyalists in both houses to float the required objections to the Electoral College results.

Oh yeah, there also is a president-elect-in-waiting expecting to move into the White House on Jan. 20.

From a point removed enough from the scuffling to take a deep breath, the question is why so little concern in this dust-up is about the well-being of the country rather than calming the insistent demands of the Trump personal tantrum.

For Trump, like a perceived Louis XIV from another era, the state actually is him, and, in his delusion, Trump must think what he is doing is toward Making America Great.

Actually, what an arbitrarily disruptive Jan. 6 vote is doing is to continue and, in fact, accelerate Trump's attacks on trust in American institutions. A final showdown to attempt to overturn an American election will make this country weaker in the eyes of adversaries, invite more chaos at a time already fraught with illness and economic disruption and make it tons more difficult to move ahead with the many aspects of governance that require actual review — and change.

Multiple news articles are reflecting similar themes about this pending last-ditch election challenge, even amid a few hints from pundits that perhaps Trump had been holding back on signing the coronavirus bill in return for promised Republican leadership help on contesting the election.

The set-up: A single objection from both a House and Senate member to the presentation of Electoral College results kicks off a two-hour debate and vote in each house on the objection.

Here's TheHill.com: "National Republicans are desperate to avoid a floor fight in Congress over the certification of the Electoral College vote next month, believing it would be horrible politics to continue waging what most recognize to be a hopeless battle to overturn the outcome of the election."

Trump this week threatened to primary Thune in the next election, showing what he believes to be his iron fist.

On top of all else, the two runoff races on Jan. 5 in Georgia are so close that the seat now held by Sen. David Perdue will likely be vacant until a winner can be sworn in. (Sen. Kelly Loeffler will remain in office until a winner is declared, since she occupies an unexpired term.)

Those who follow these procedural issues closely say any revolt will not be effective. Already too many Republican senators say they will oppose any effort to overturn the election, starting with Mitt Romney, R-Utah, but also including Mike Lee, R-Utah, Mike Braun, R-Ind., Susan Collins, R-Maine, and Lisa Murkowski, R-Alaska. Others will almost certainly join them.

And Trump's inner circle of lawyers still have one last case pending before the Supreme Court, which has already has shot down the appeal from Texas to overturn, without evidence, the elections in four contested states. Trump has been waving a 36-page document assembled by Trade Representative and non-lawyer Peter Navarro compiling unverified affidavits and complaints as if they are evidence.

Pence is in a strange position, among the last of the Trump defenders. As vice president, it is he who presides over the joint meeting of Congress that day and it is he who must accept or reject the objections from the floor. My bet is that he accepts the objection and allows the votes to shoot down the objection, before slinking out of town on a previously set foreign trip he announced for cover.

Off to the side, Trump's armies of white supremacists and loyalists seem to care little about either the realities of the election nor the actual rules for such affirmation of Electoral College outcomes. They want only what they want — Dear Leader for another four years and the ouster of Joe Biden as an imposter president-elect.

They are making clear to anyone who stands in the way — including Fox News, Newsmax, now-former Attorney General William P. Barr, governors and state legislators — that they will have their way, even threatening violence to get it.

So, a congressional procedural floor fight is just symbolic.

Trump just wants chaos that continues to keep him in the limelight, and puts himself in the position of aggrieved candidate from whom re-election was stolen. That allows him to continue collecting tons of unrestricted money from supporters, to threaten a new election try in four years and to seek to establish himself as shadow president-in-exile, whose tweets and opinions he thinks will matter.

Of course, instead, Trump could stand on principle here — for elections not his own. If he truly thinks there was fraud, he could ask for a full review and evaluation of the things that he thinks the states should change — from procedures governing mail ballots and authentication to a required mechanical review of voting machines.

We know Trump cares only about his own political fortunes, however, and believes that he gains by causing agità for the country.

He already has his 2024 would-be red hat: Make America Chaotic.