In hour-long call, Trump pressures Republican Brad Raffensperger to "recalculate" the vote in his favor 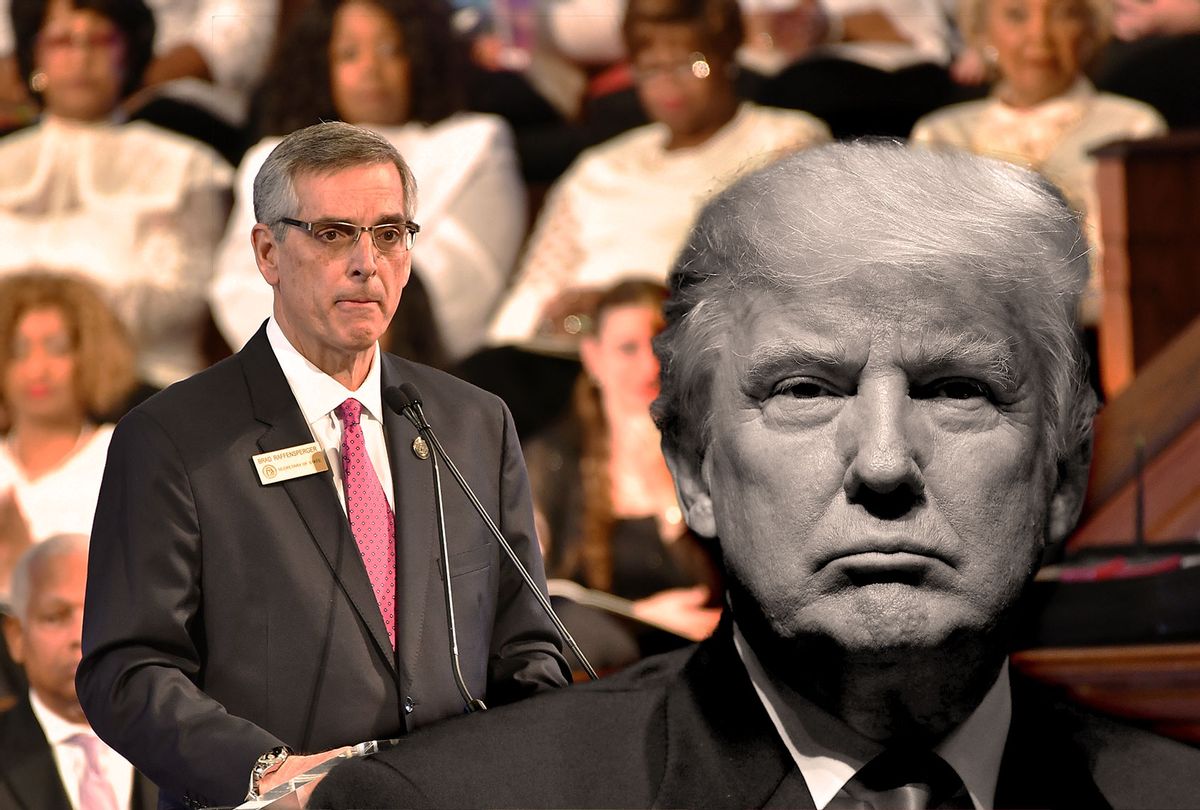 President Donald Trump tried for over an hour to pressure Georgia Secretary of State Brad Raffensperger (R) to overturn the results of the 2020 election.

The telephone call, which was described as "rambling" and "incoherent," was first reported by The Washington Post on Sunday.

According to the report, Trump tried to convince Raffensperger to reverse the election results by both flattering and berating him.

"The people of Georgia are angry, the people in the country are angry," the president explained at one point. "And there's nothing wrong with saying, you know, um, that you've recalculated."

"Well, Mr. President, the challenge that you have is, the data you have is wrong," Raffensperger replied.

On Sunday, Trump admitted in a tweet that he had spoken to Raffensperger.

"I spoke to Secretary of State Brad Raffensperger yesterday about Fulton County and voter fraud in Georgia. He was unwilling, or unable, to answer questions such as the 'ballots under table' scam, ballot destruction, out of state "voters", dead voters, and more. He has no clue!" Trump wrote.

Raffensperger responded by saying that Trump's claim was "not true."