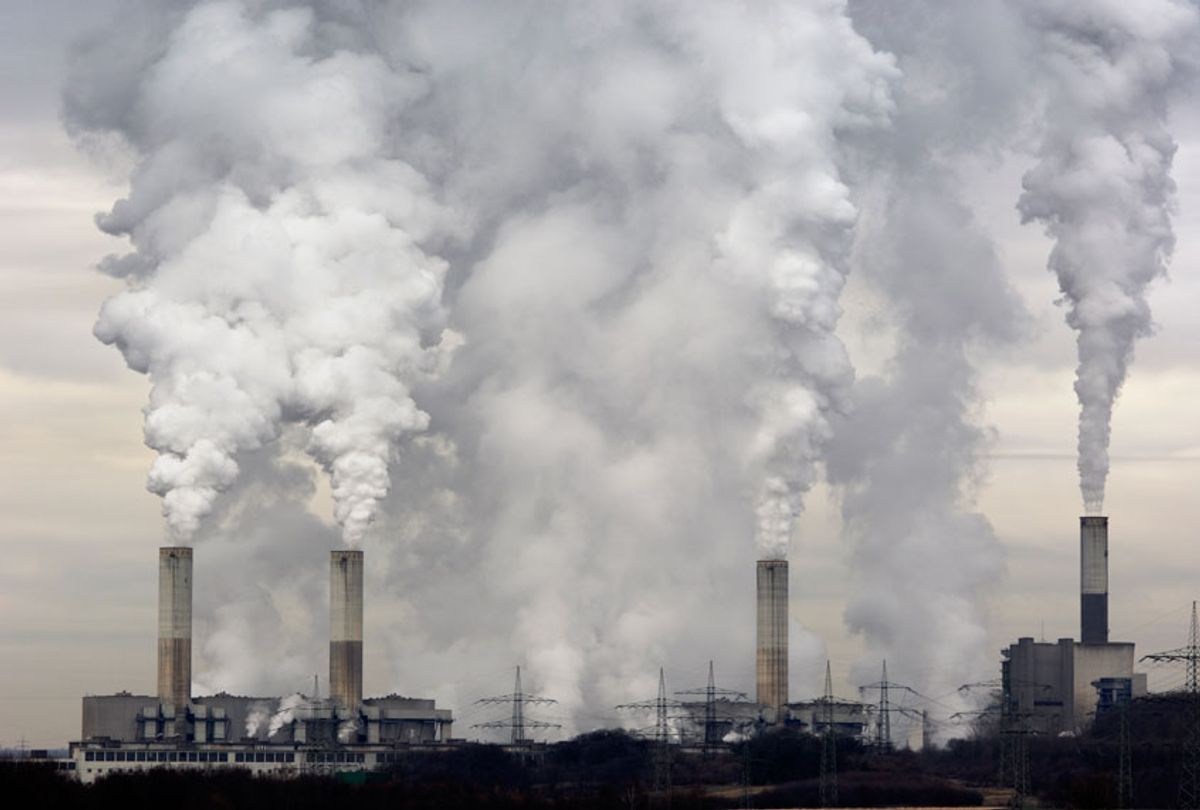 Texas may soon get authority over the disposal of ash from coal-fired power plants, a change that could insulate coal companies from tougher rules expected under a Biden administration.

A proposal introduced by the U.S. Environmental Protection Agency this month would allow Texas to regulate coal ash instead of the federal agency. The move comes just after the EPA this year weakened the Obama-era rule on coal ash pollution amid other rollbacks and rule-making maneuvers cementing the Trump administration's environmental agenda.

Coal ash is a byproduct of burning coal for power generation. The ash is typically dumped into detention ponds or pits and can leach toxic chemicals, such as arsenic, lead and mercury, into groundwater. All of the coal power plants in Texas have coal ash disposal sites that are leaking contaminants, according to data analyzed by the Environmental Integrity project in 2019.

But if Texas gets authority to implement the coal ash rules before Biden's new EPA chief has a chance to strengthen the standards, the program could act as a temporary shield for the industry because the state would need to work through a lengthy process to modify already-issued registrations to coal companies.

"It's always better for industry if the state has control instead of EPA," said Abel Russ, a senior attorney for the Environmental Integrity Project who helped draft the organization's comments on Texas' coal ash program. "States are typically more favorably inclined to what industry wants. That's true not just in Texas, but across the country."

Oklahoma and Georgia are the only two states that currently have approval to operate the EPA's coal ash program. Texas' program won't be effective until at least February, when the public comment period ends.

The Texas Mining and Reclamation Association, an industry group that represents coal and other mining industries in the state, supports the proposal, arguing that state-level environmental regulation is more effective.

"This system is designed to give decision-making authority to a level of government that is closer to the people and recognizes that states are in a better position to address specific problems as they arise," said Michael Nasi, an Austin lawyer, on behalf of the industry group.

Getting control from the EPA

High-profile accidents involving coal ash in recent years, highlighted by the failure of a coal ash impoundment in Tennessee that spilled a billion gallons of coal ash slurry, put pressure on the EPA to introduce tougher standards. Before 2015, there were no requirements for coal companies to properly line the pits where they dumped the toxic ash — nearly 130 million tons of which was generated in 2014.

Under former President Barack Obama, the EPA for the first time introduced standards on what experts say are poorly lined pits and ponds containing coal ash across the nation. But in 2016, the EPA under President Donald Trump began to delay and then walk back that proposal, and the agency was soon directed by Congress to create a program allowing states to operate the federal standards instead of the EPA. That set off a multi-year effort in Texas to wrangle control away from the federal agency, but first, Texas had to change its rules.

During the 2017 legislative session, state lawmakers earmarked $390,000 per year to fund four full-time Texas Commission on Environmental Quality employees to seek the federal approval for a state program they would then manage. In 2019, the TCEQ created the coal ash management program, which became effective in May of 2020.

Finally, in September, Texas was ready to apply to the EPA for approval of its newly created coal ash regulation, which would issue state registrations to companies that last for the life of a facility.

Molly Block, an EPA spokesperson, said the agency is required to approve the applications from states that want to take over coal ash regulation if their application meets federal coal ash standards. And while the EPA said it retains authority to require Texas to change its standards if stronger federal rules are implemented later, companies that already have a state registration would not need to meet any new standards until the state requires them to.

Texas would first need to revise the state's program to meet tougher federal requirements, according to the TCEQ. Then, the agency would need to complete a separate process to modify the registration for each of the 17 facilities that produce and dispose of coal ash — a potentially time-consuming task.

Gary Rasp, spokesperson for the TCEQ, said in a statement that the TCEQ has the authority to amend any registration if good cause exists, such as a change in state rules.

"We have 17 facilities with similar but unique situations, so we would work with the EPA and each impacted facility to bring the facilities into compliance," Rasp said.

The EPA must review state programs within three years after any change in federal regulations, and the agency has the authority to withdraw approval if the state program is not as protective as federal requirements. The EPA will retain its authority to inspect coal ash facilities. That's why Nasi, the Texas Mining and Reclamation Association lawyer, said the industry group's stance is that coal ash standards in Texas will be as protective as federal rules.

The EPA proposed the Texas program for partial approval this month. Because sections of the federal program were being challenged in court by both industry and environmental groups — including a rule allowing unlined coal ash pits to operate, a proposal overruled in court — Texas did not apply to assume all of the EPA's oversight authority. That means facilities in Texas would have to comply with some federal and some state requirements if the state's application is approved.

A 2015 regulation known as the "Coal Ash Rule" that Trump's EPA has partially rolled back required companies to report how much contamination was found in groundwater surrounding coal ash ponds and pits. The rollbacks loosen the requirements for public reporting of the data.

In Texas, an Environmental Integrity Project analysis of that public data found that all of the coal power plants in Texas were leaking contaminants including arsenic, boron, cobalt and lithium into groundwater near the coal ash pits at unsafe levels.

The report also found that almost none of the impoundments where plants dispose of coal ash are properly lined to prevent leakage into groundwater — a requirement of the Coal Ash Rule.

One analysis of coal ash pollution data by environmental groups found that people of color and low-income residents are more likely than white or wealthier residents to live within three miles of the most contaminated coal ash sites.

The toxic mix of mercury, arsenic and lead leaking from the ponds or pits can pollute groundwater and drinking water supplies, as well as contaminate surrounding soil. At a Christine, Texas, ranch, owners have claimed that coal ash pollution from San Miguel Electric Cooperative's coal-fired power plant has destroyed huge swaths of their land, creating dead zones of vegetation. More than 40 percent of the people living within three miles of that plant are not white, according to an Earthjustice analysis.

But while a Biden-led EPA is expected to roll out tougher rules on that kind of pollution, it will be difficult to reverse approval of Texas' program now that the EPA has set it in motion, said Russ, of the Environmental Integrity project.

"If the Biden administration wants to do something different, they'll have to explain why they're changing positions from the proposal," Russ said.

He noted that the EPA will also have a long list of rules to re-implement nationwide, and Texas' proposal may already be too deep into the process to justify spending the political and administrative resources needed to reverse it. The Trump Administration has taken aim at rolling back more than 100 EPA rules, according to a New York Times analysis.

"It's not impossible," Russ said, but "you have to prioritize."

This article originally appeared in The Texas Tribune at https://www.texastribune.org/2020/12/29/texas-environment-coal-ash-epa-biden/.