The U.S. Capitol was built to inspire awe. But that's all gone now

I know the Capitol well — it's a building designed to confer awe and majesty. We may never get that back 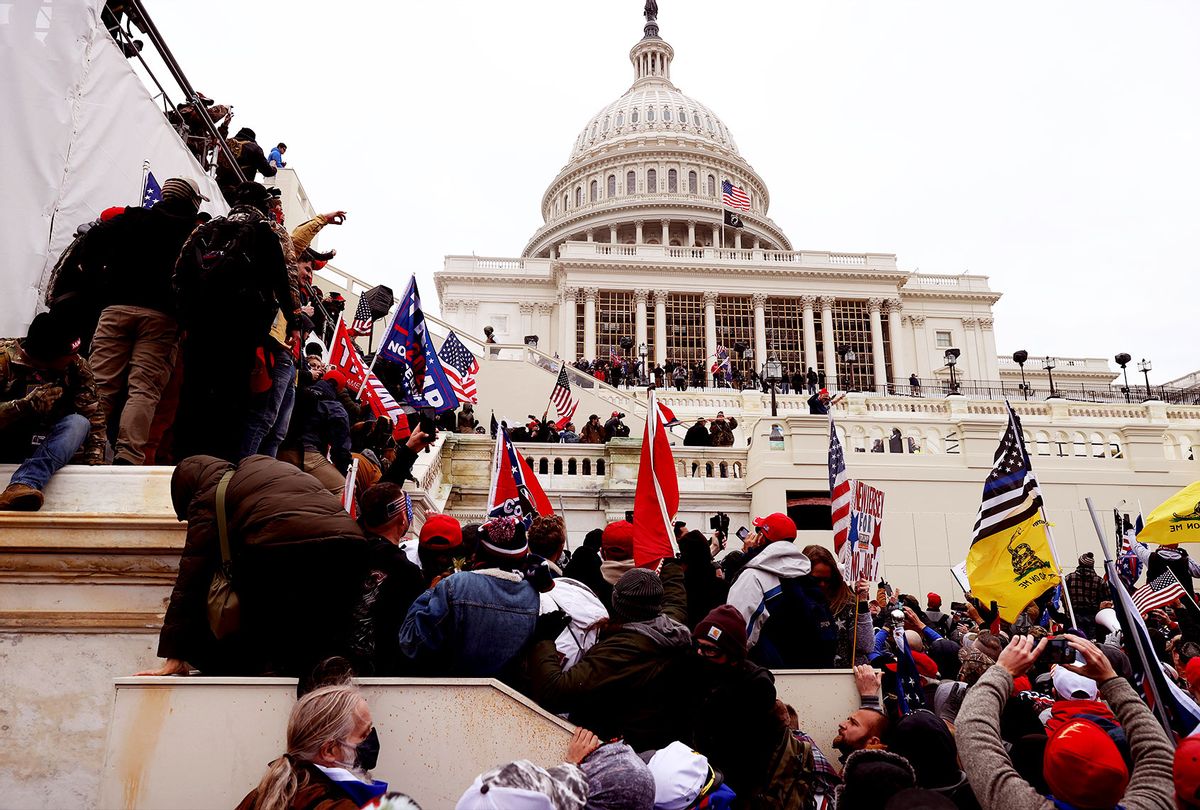 What just happened on Capitol Hill is unprecedented. I have worked on the Hill and got to know the buildings, tunnels and security measures very well. I can tell you that what we witnessed on Wednesday was only possible because the police and the Pentagon are allowing it, sticking with Donald Trump. There are several layers of security in and around the Capitol. Under usual circumstances, it would be possible to clear the parameter in five minutes. Law enforcement can do it easily, when they really want to. If those had been Black Lives Matter protesters storming the Capitol, half of them would be dead by now — and the other half would have been tear-gassed, beaten and arrested within minutes.

What will stay with me from Wednesday is the image of a Trump thug sitting at House Speaker Nancy Pelosi's desk after breaking into her office. This has got to be the lowest moment, and biggest hit on the Capitol, witnessed in modern history. The only other time the building was ever taken over was when it was burnt by British troops in 1814. That was in a young and unstable nation during the time of war.

During my time on the Hill, I have seen many foreign dignitaries in awe as they walked the halls of the Capitol. Looking back at its architectural history, the building itself was built and planned in a way to induce immediate awe in foreign leaders who come to Washington. I have seen British lords, Arab royalty and European presidents come and go — feeling humbled and a little bit smaller as they walked around the Capitol. That was absolutely its intended effect, as thought out and designed by the Capitol architects.

I have seen the Capitol building magic for myself. I have walked the tunnels, have admired the chandelier and have taken numerous people on tours or meetings who admired from the inside — even if for 20 minutes or half an hour — the spirit of possibly the most glorious of American political institutions. Walking around the Capitol, you can touch and feel history. It's in the air.

That is all gone now. The world was watching as the Capitol was turned into a mockery, as rioters looted priceless artifacts. Under any normal circumstances, the National Guard would have gone in immediately. But Trump's acting secretary of defense, Chris Miller, delayed for hours before sending the National Guard on armed people storming the symbol and very definition of government power. As reported later, it finally happened only after Vice President Pence and congressional leaders came to an agreement. Trump was reportedly never involved.

I believe all this took place because other people played along: the Capitol Police, Republicans in the House and the Senate, officials in the Pentagon, and the inciter in chief himself. Don't be surprised at the shockingly low number of arrests on Wednesday. There won't be many more. The whole scenario unfolded according to Trump's plan.

Law enforcement won't do much of anything. Don't hold your breath. The next two weeks will be among the toughest in American history. Revolutions happen when the police and the military join the other side and do nothing to prevent the takeover.