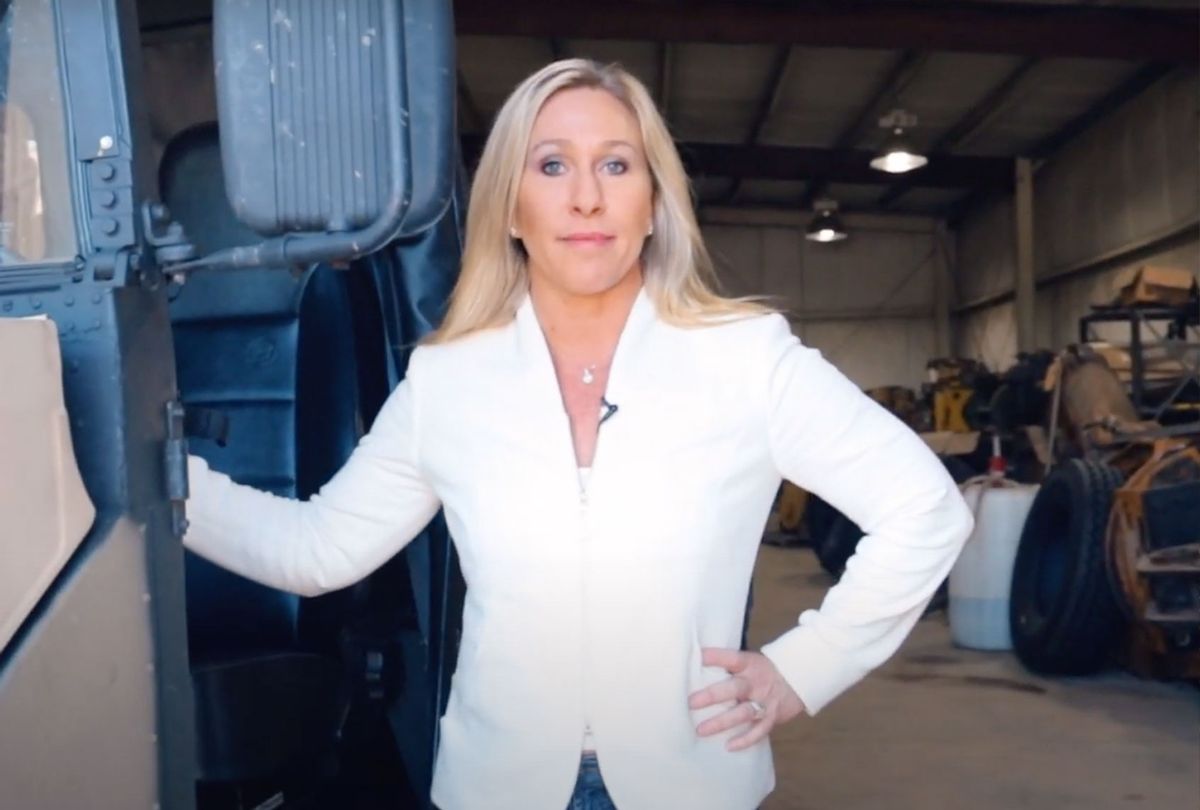 "On January 21, 2021," Greene declared on Twitter, "I'll be filing Articles of Impeachment against Joe Biden for abuse of power." So far, no other members of Congress have rallied behind her.

Greene is a vocal anti-masker, refusing to wear a mask around other members of Congress even after several Democratic House members announced this week that they are COVID-positive. Greene, instead, blamed House Speaker Nancy Pelosi for spreading the virus in the Capitol, saying to Rep. Pramila Jayapal, D-Wa., on Twitter, "Before you point fingers at me or anyone else, you need to talk directly to @SpeakerPelosi about exposing ALL of us to covid when she called back POSITIVE covid House members last week for votes for Speaker!" Greene, however, offered no direct evidence of Pelosi's alleged role in spreading the virus.

During the impeachment proceedings, Greene attempted to draw upon Democratic hypocrisy, noting, "Democrats are on record supporting violence when it serves their cause." She added, "They should be removed today for supporting violence against the American people." This statement comes, of course, after a deadly insurrection at the Capitol –– an insurrection led by her own supporters.

In the past, Rep. Greene has supported a litany of conspiracy theories to make up for her gaps in knowledge. Such conspiracies include –– but are not limited to –– an "Islamic invasion" of government offices; Jewish billionaire George Soros collaborating with the Nazis; "Pizzagate"; Hillary Clinton's link to pedophelia and child sacrifice; the "Clinton Kill List"; 9/11 Truthism; and mass shootings as "false flag" operations.

When Rep. Greene cast her bid for office, she attempted to distance herself from her exploits with QAnon. "I don't [consider myself a QAnon candidate]," she told Fox News back in August of last year. "I think that's been the media's characterization of me. Never once during my campaign did I ever speak about QAnon or Q." There is, nevertheless, a mountain of evidence suggesting otherwise. (Perhaps she has a conspiracy to explain that too.)

In any case, Rep. Greene did not last long in office without relapsing back into her old ways by supporting Trump's baseless claims of election fraud. She will no doubt continue to be an outspoken advocate for the "silent majority" in the Biden administration –– but with over 100 advocacy groups pushing for the GOP to deny any QAnon supporters from committee appointments –– we should hope people like Greene will be given less room to speak to their "truth."