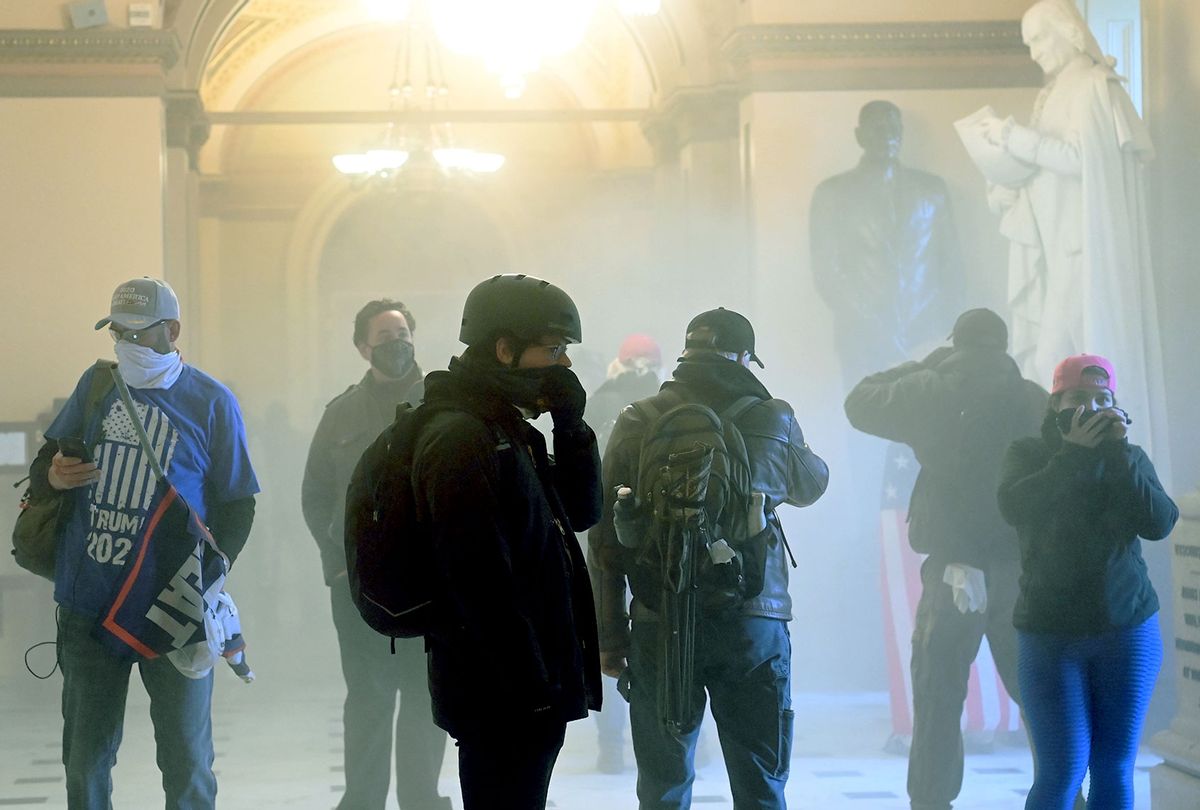 Supporters of US President Donald Trump enter the US Capitol as tear gas fills the corridor on January 6, 2021, in Washington, DC. - Demonstrators breeched security and entered the Capitol as Congress debated the a 2020 presidential election Electoral Vote Certification. (SAUL LOEB/AFP via Getty Images)
--

A man from Sacramento, California, has resigned his position in the California Republican Assembly (CRA) after he was discovered to have participated in the storming of the U.S. Capitol on Jan. 6, ABC10 reports.

The CRA confirmed to ABC10 that Jorge Riley was the Corresponding Secretary for the State Board of the California Republican Assembly and President of the Sacramento Chapter. Riley was forced to resign both positions after he posted images and video on his Facebook page showing him taking part in the riot. In one video, Riley can be seen explaining his actions inside the Capitol.

"We breached over there I think. We broke windows. We went into the door. We pushed our way in," he said, adding that he pushed his way into Nancy Pelosi's office.

The CRA released a statement condemning Riley's actions, and said the organization played no part in the riot.

"Specifically, we denounce the lawlessness that took place at our nation's capital on January 6, 2021. The perpetrators should be prosecuted to the fullest extent of the law. CRA was not involved with the event and any participation by individual CRA members was in their capacity as private citizens," the statement read.

Watch ABC10's report on the story below: