"What does it mean when they boo the Black congresswoman denouncing white supremacy?" freshman Rep. Bush asked 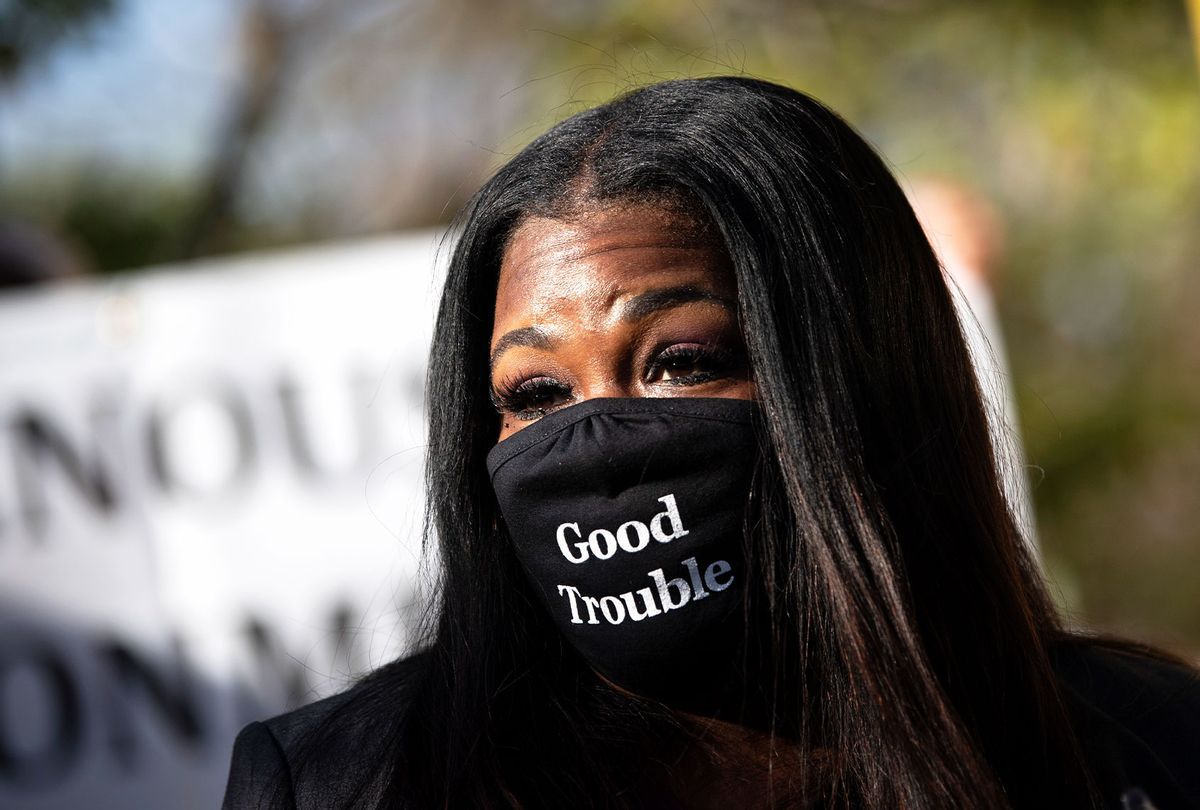 Freshman Democratic Congresswoman Cori Bush of Missouri, who is black, was openly booed by Republican lawmakers Wednesday after she denounced white supremacy on the House floor while explaining why she would vote in favor of impeaching President Donald Trump for inciting a violent mob to attack the U.S. Capitol building last week.

Before being booed on the House floor, Bush said, "If we fail to remove a white supremacist president who incited a white supremacist insurrection, it's communities like Missouri's 1st District that suffer the most. The 117th Congress must understand that we have a mandate to legislate in defense of black lives."

"The first step in that process," Bush continued, "is to root out white supremacy, starting with impeaching the white supremacist-in-chief."

Republicans responded harshly with boos and loud moans, leading Bush to question the underlying significance of the GOP lawmakers' outrage.

"What does it mean when they boo the Black congresswoman denouncing white supremacy?" Bush tweeted moments later.

The Democratic lawmaker—a nurse and activist who participated in Black Lives Matter demonstrations in Ferguson following the police killing of Michael Brown in 2014—is a proponent of Medicare for All, the Green New Deal, and criminal justice reform, progressive policies that would reduce racial and economic inequality.

The Sunrise Movement pointed out that "condemning white supremacy should not be partisan."

"There should be no place in our government," the climate justice advocates added, "for anybody who stands for the values of the Confederacy."