Cleaner air and a climate solution, are now within reach — if we have the political will

Clean air, cheaper energy and responding to climate change all have the same solution — and Americans are ready 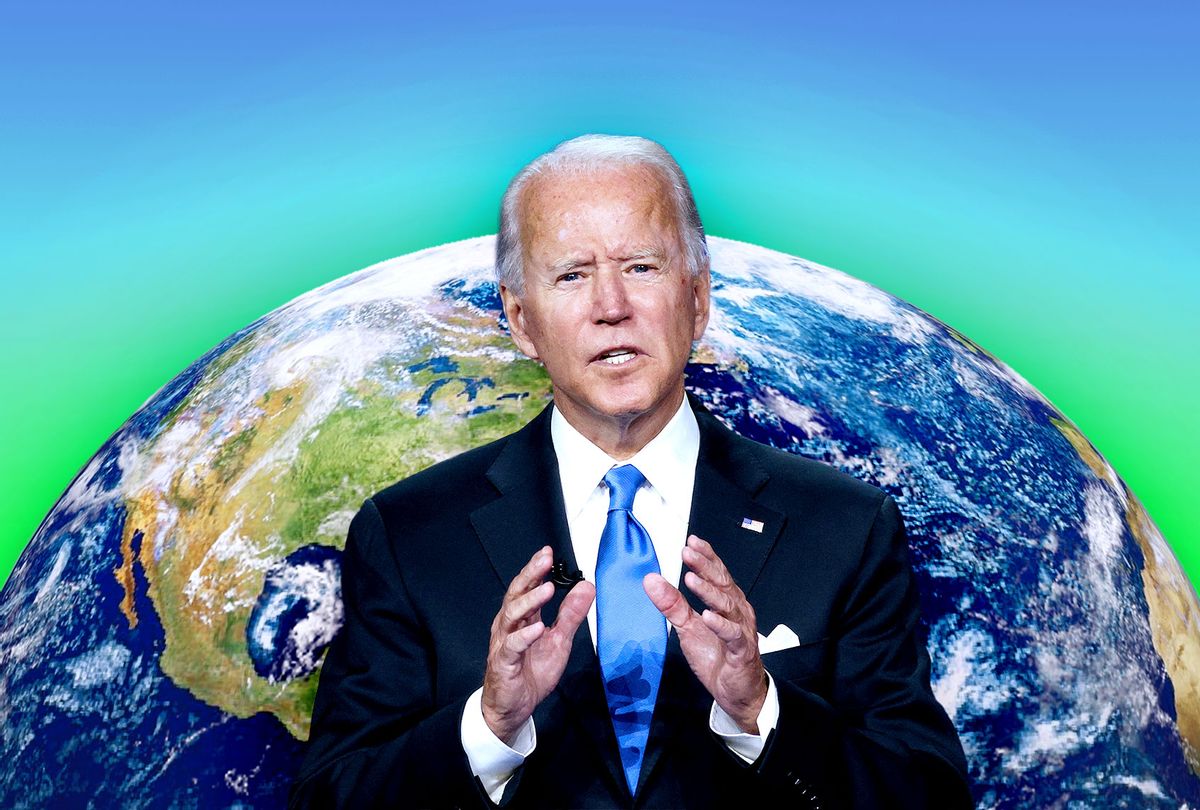 Fifty years ago, as a young environmental lobbyist, my first big assignment came to fruit: Congress passed, and President Nixon signed, the Clean Air Act of 1970. That bill made the nation a promise: By 1977, the air in every community would be safe to breathe.

That deadline was missed and extended. Every subsequent extended deadline for air safe to breathe been missed. While the act is usually described as being a success, it has failed to achieve its fundamental purpose; clean air for every American. Cars are 99% cleaner than they were in 1970 — but Americans are still dying from breathing exhaust.

That's because making individual pollution sources cleaner doesn't protect our health. Today, 46% of the American people still live in communities where the the air is unfit to breathe. Sixty thousand Americans die from breathing this air each year. For the past 30 years progress has steadily slowed — and for the past three years emissions have actually increased.

Multiple factors have contributed to this 50-year history of failure: economic and population growth, inadequate enforcement of existing rules, Trump Administration rollbacks of previous standards, and industry resistance to filling in regulatory gaps.

But the underlying problem is deep, and structural. The Clean Air Act was written in 1970 on the premise that we couldn't replace our dirty power plants, factories, refineries, cars, trucks and airplanes with truly clean innovations — we could only clean them up partially with add-on control devices.

The typical success story about the Clean Air Act remains rooted in this premise. Today's pollution levels are compared with those of 1970 or, even worse, with how filthy today's environment would be with 1970s technology — it would be worse than places like Delhi and Beijing.

That reporting is accurate. With some shocking exceptions, we have cleaned up each individual pollution source — but we are still losing the war. There is no way that 330 million Americans, at today's consumption levels, can breathe clean air with energy from coal, oil and gas. The cleanest refinery, gas well, diesel truck or coal power plant isn't clean enough to be a safe neighbor. The only way Americans can have air that's safe to breathe is if we stop relying on burning fossil fuels. The last 50 years proves that.

Recognition of this dilemma actually preceded the 1970 legislation.

In 1969, the California State Senate defeated by one vote legislation premised on the alternative and, as we now know, correct idea — that the solution to air pollution had to be fundamentally clean new technologies, not the incremental cleanup of existing ones. The defeated California  legislation would have banned the sale of internal combustion cars, and required 100% clean automobiles. California tried this alternative again in the 1990s, with a mandate that automakers start selling electric cars. Again, industry strangled the threat of an energy transition.

But the real breakthrough that showed we could, should and indeed must move to zero-emission technologies came with the development of solar and wind. Beginning with Iowa, states passed requirements that an initially small but growing share of a utility's power must come from renewables. As more states adopted such zero-emission mandates, the cost of renewable power plunged with economies of scale. States then increased the required share of 100% clean power. Soon, wind and solar were cheaper than any other sources, and states like Oklahoma, with no government policy support at all, started seeing wind power supplant coal.

In 1998, California applied this idea to cars. That enabled Tesla to find a growing market for its electric vehicles. Other states joined. This year those states added trucks. Today, almost half the U.S. auto market is moving towards cars and trucks powered by electricity, not gasoline and diesel.

America's homes and offices are the next ripe opportunity. A single gas stove, furnace or water heater emits enough nitrogen pollution to poison the air in an average kitchen. Cumulatively, such home appliances contribute more to California's nitrogen oxide pollution than power plants. Yet the technology for all-electric buildings is well developed — in fact, half of new homes built every year are already emission-free.

Even better, cleaner is cheaper. Shifting to 100% clean energy for electrical generation, cars and trucks, as well as heating and cooling for buildings, will actually lower energy bills. The cost of the new clean-energy equipment will be more than paid back by consumer savings on fuel. The wind and the sun are, after all, free and local.

And replacing fossil technology in these uses brings ever-spreading benefits. If cars and trucks aren't using oil, the need for refineries shrinks dramatically, with enormous health benefits for those who live near those facilities. If homes and offices are all electric, we won't need to drill for natural gas. Neighboring communities will enjoy clean air. Indeed, the replacement of coal as a source of electricity is already reducing the exposure of communities across America to coal dust and coal ash pollution.

But the biggest benefit of all may be that if we replace fossil fuels in power plants, cars, trucks and offices — all of which we know how to do, while lowering consumer costs — we will also eliminate two-thirds of the contribution the U.S. makes to climate change. That's right: If we take the Clean Air Act seriously, and fulfill the 50-year-old promise of air that is safe to breathe, by replacing fossil fuels with 100% clean energy, we also solve most of our contribution to the climate problem.  And we do that while lowering ordinary people's energy bills.

Americans are not as divided about climate as they used to be. But they have never been divided about the need for clean air for their families. So one way the Biden administration could start delivering on the new president's promise to bring us together would be to sit down with the cities and states which have started deploying 100% clean energy technologies for power, transportation and buildings, take the lessons from these pioneering jurisdictions, and use the tools of the federal government to bring their benefits to all Americans, in every zip code.