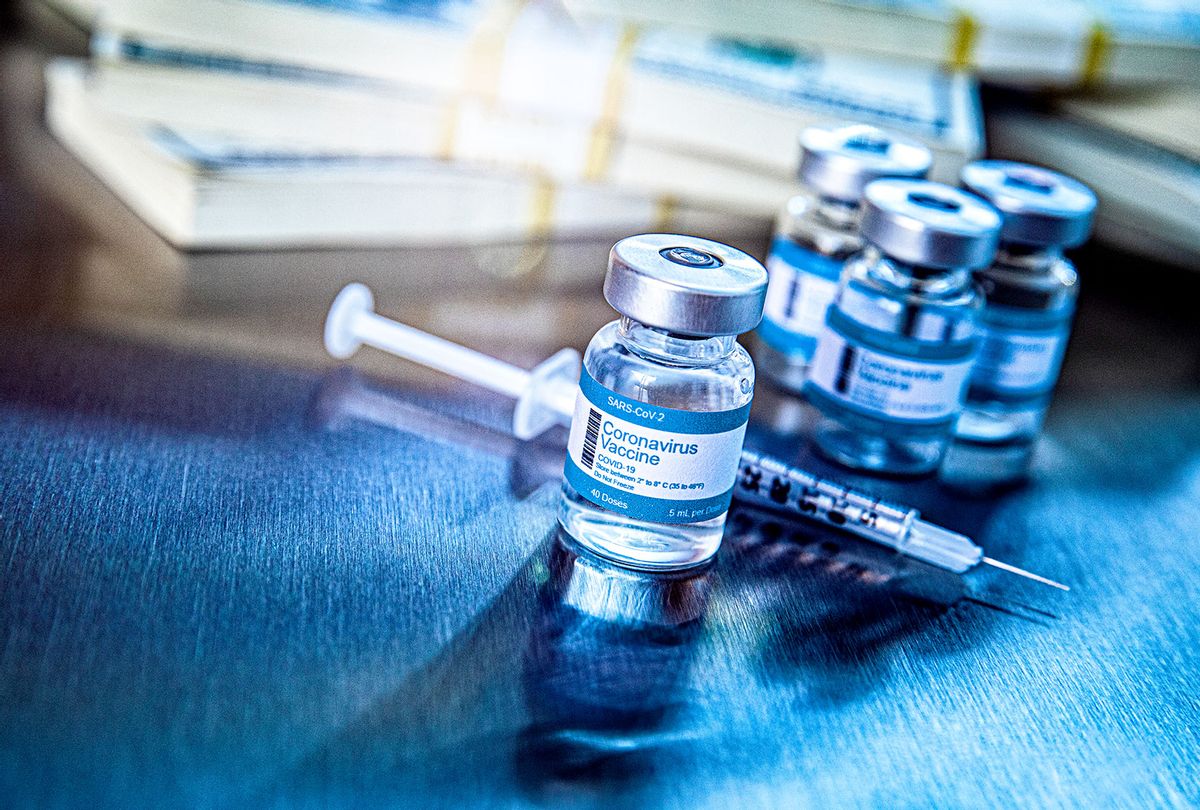 To no one's surprise, California's patchwork approach to distributing and administering COVID-19 vaccines has been chaotic. Statements from the governor's office are countered by local health officials, sometimes almost immediately. Clinics and providers scramble to learn how many doses they'll be allocated and when those will arrive, and patients may wait on hold for hours to schedule an appointment. The Trump administration's abdication of federal responsibility has exacted a heavy toll, while the state's inability to contain the virus suggests that even a smooth vaccination process would cover only so much of the damage.

Through it all, though, some truths have remained maddeningly consistent. And as the latest information out of virus-ravaged Los Angeles County makes clear, those truths aren't going to change – so vaccine policy will need to.

L.A. County's Latino community is being decimated by the virus. Often working in lower-paying, higher-risk jobs that must be performed in person, Latinos, who comprise nearly half of the region's 10 million people, are dying at rates that are 800% higher than they were just a couple of months ago, according to public health officials.

Black residents of the county, too, have seen their COVID fatalities skyrocket, from one daily death per 100,000 residents in November to 15 per 100,000 now (whites and Asian Americans are seeing relatively lower death totals). But even that figure, alarming as it is, does not approach what is happening in the Latino-centric neighborhoods of the city, where the fatality numbers have jumped from an average of 3½ daily deaths per 100,000 to the latest estimate of 28 deaths a day per 100,000.

Those harrowing numbers are an accelerated version of a story that has played out across the state since the pandemic began. While Latinos comprise 38.9% of the state's population, according to the California Department of Public Health, they account for 55% of its COVID cases and 46.5% of its deaths overall.

"As cases surge, it's very clear and very alarming that certain groups are, once again, bearing the greater burden of illness," county public health director Barbara Ferrer said in a weekly briefing. She also called the escalation in Latino fatalities "staggering." Yet almost nothing about the county's or the state's approach to the vaccine appears to address it.

That includes a priority list for vaccines that recently expanded to place those age 65 and older near the front of the line, by definition pushing most essential workers further back. Absent a coherent plan to distribute vaccines in lower income and working class neighborhoods, it could be months before the county's Latino population sees relief – yet this is the population that is suffering most heavily.

Welcome to the vaccine rollout, a process so decentralized that a Santa Cruz County official likened it to "flying the plane as we are building it." California's 58 counties essentially are left with 58 plans for how to distribute doses – and to whom.

There are, of course, supply issues everywhere, not only in L.A. Just last week, Gov. Gavin Newsom acknowledged what other governors also had concluded: The federal government's touted shipment of millions of new vials of the vaccine was a mirage. Earlier in the week, the Department of Health and Human Services had said it would be freeing up its reserve of "second doses" so they could be administered immediately. In reality, the agency, under the late Trump administration, had no such reserve.

Beyond that, California remains one of the worst states in the U.S. at getting its doses into arms. Per the Centers for Disease Control and Prevention, as of Jan. 17, the state had received 3.55 million doses of vaccines, but administered only 1.07 million of them – a rate of just 30%. According to the Washington Post's tracking project, only four states (Alabama, Georgia, South Carolina and Idaho) have gotten a first dose of vaccine into a smaller percentage of their residents than California's 2.7%.

But even if those rates improve dramatically, there's still the question of who gets vaccinated and when. Los Angeles, with a heavy concentration of essential workers in food production, food service, hotel and transportation service, would be prudent to reconsider those workers — including many Latinos — for early vaccines, but there's no plan to do so. In fact, health providers are still trying to get through the first phase of high-priority groups: front-line health workers and those in long-term care facilities.

In some ways, the situation is a microcosm of the challenges that face Latinos in L.A. every day when it comes to health care. Unless forced to stay home by layoff or company shutdown, cash strapped service sector workers have little choice but to show up in person: to clean hotel rooms, offices and buildings; work in meat packing plants; prepare food in restaurants; and keep grocery stores running, among other things. Health officials say that these workers often are exposed to the virus on the job, under crowded conditions and lax safety protocols.

They then return to their homes, many of which are in densely packed neighborhoods that include multigenerational dwellings, and the spreading of COVID-19 continues. Beyond that, many work for employers with poor or unaffordable health plans, and their neighborhoods may be generally underserved by health providers because they don't turn enough profit.

Some of these problems are systemic, born of an economic and health care system that is inherently imbalanced. It's far from ideal — but it is not new. And the last thing any service sector worker wants, amid a dramatic unemployment crisis, is to do anything that would put their job in jeopardy.

"I would take a vaccine shot and go back to work, yes, because then I could pay my rent," hotel worker Liliana Hernandez told us in December. "But we've been given no word. No one knows anything and no one tells us anything."

A month later, it appears the only thing that has changed is COVID's fatal reach among Latinos. While state data shows California at 3.0 million cases of the disease, other sources already have it above the 3 million mark, with L.A. County alone accounting for more than 1 million of the total. And in the heart of that county are members of a Latino community under siege, waiting for a vaccine that – unless priorities change – is nowhere near to being a reality for them.