The post-Trump crack up: Liz Cheney mocks​ Matt Gaetz's make-up in the latest battle of the GOP civil war 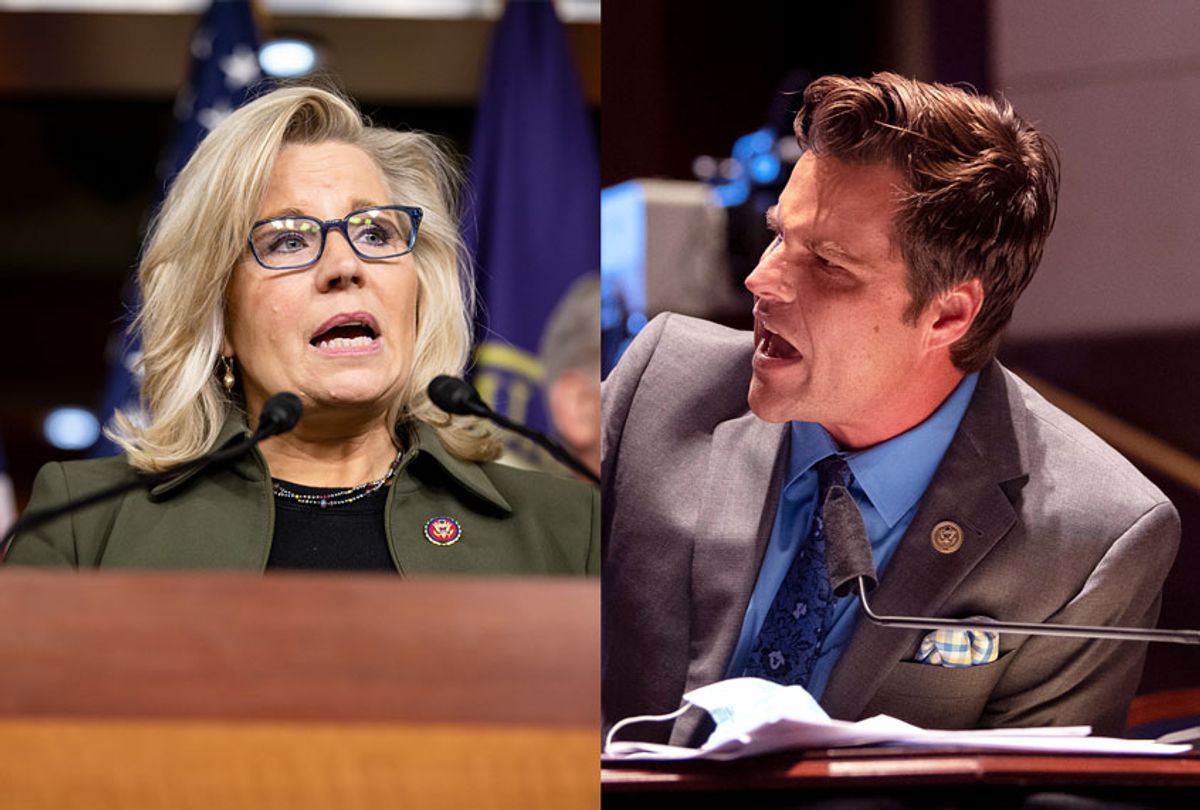 As part of the battle for the soul of the Republican Party, embattled Rep. Liz Cheney (R-WY) took a low shot at colleague and antagonist Rep. Matt Gaetz (R-FL) for wearing make-up.

Apparently, in reference to Gaetz's admission in an HBO documentary that he does his own make-up before cable TV appearances, the Washington Examiner reported on the escalating battle between Gaetz and Cheney, who is under fire for supporting Donald Trump's impeachment.

According to the report, a spokesperson for Cheney, noting Gaetz is coming to Wyoming for an anti-Cheney rally, stated for the congresswoman, "Rep. Gaetz can leave his beauty bag at home. In Wyoming, the men don't wear make-up."

Gaetz, along with a gaggle of like-minded GOP House members, are hoping to force the Wyoming Republican out of her leadership position as the House Republican Conference Chair.