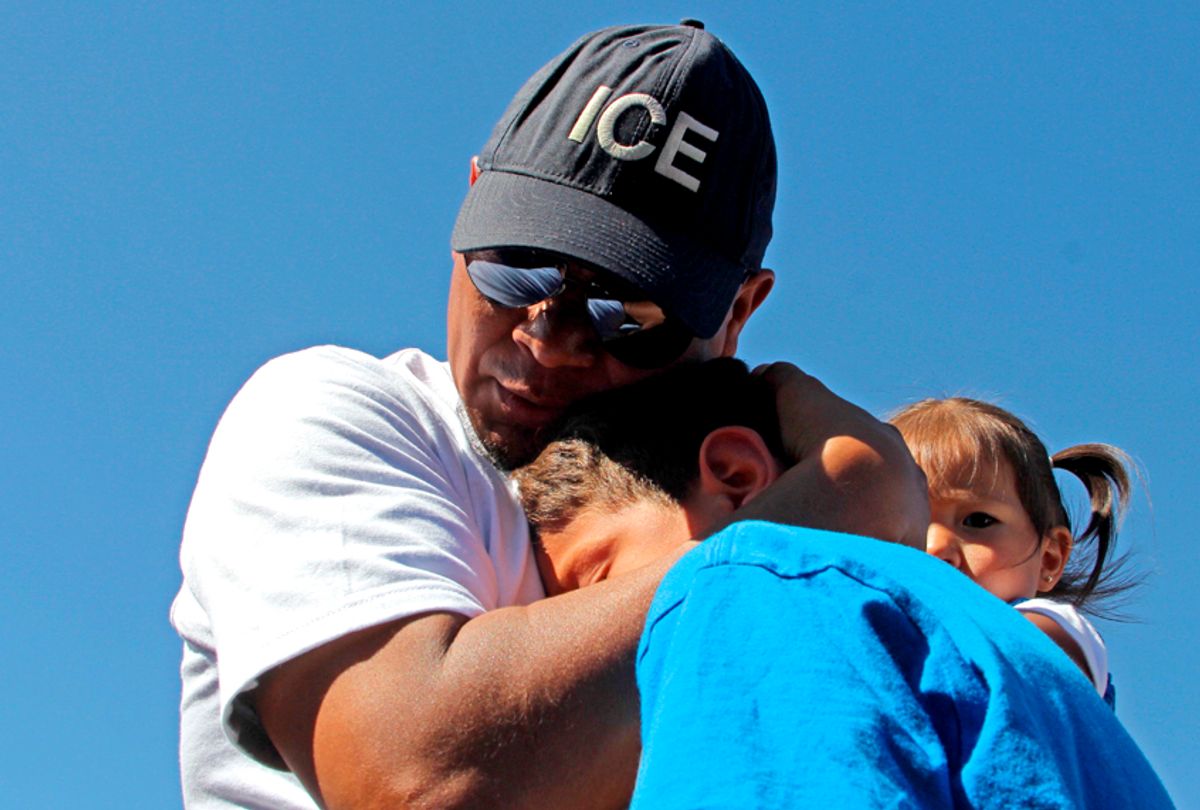 Ivan Castaneda, a former Mexican soldier deported from the United States, embraces his children at the bank of the Rio Grande during the event called "Abrazos No Muros" (Hugs, not walls). (Getty/Herika Martinez)
--

A federal judge in Texas has temporarily blocked the Biden administration's 100-day moratorium on deportations of some undocumented immigrants.

"Within 6 days of Biden's inauguration, Texas has HALTED his illegal deportation freeze," Paxton tweeted after the order. "*This* was a seditious left-wing insurrection. And my team and I stopped it."

Paxton argued the state would face irreparable harm if undocumented immigrants were released into the state because of costs associated with health care and education, among other claims.

Tipton's restraining order is effective for 14 days as the trial on the merits of the lawsuit against the moratorium continues.

The American Civil Liberties Union of Texas, who filed a brief urging Tipton to deny Paxton's request, decried the ruling in a statement and argued Biden's move was legal.

"Paxton sought to overturn the results of the 2020 presidential election by attempting to baselessly suppress votes; now he is attempting to force the Biden administration to follow Trump's xenophobic policies," said Kate Huddleston, attorney for the ACLU of Texas. "The administration's pause on deportations is not only lawful but necessary to ensure that families are not separated and people are not returned to danger needlessly while the new administration reviews past actions."

Biden's proposed moratorium was signed just hours after he took his oath of office and was one of several immigration-related orders, which included a stop to border wall construction. The pause in removals was part a review and reset of enforcement policies within Customs and Border Protection, Immigration and Customs Enforcement and the U.S. Citizenship and Immigration Services agencies as the Biden administration "develops its final priorities," according to a statement from the Department of Homeland Security.

The moratorium was to exclude any immigrant "suspected of terrorism or espionage, or otherwise poses a danger to the national security of the United States." Those who entered after Nov. 1 and those who have voluntarily waived any rights to remain in the country, according to a DHS memo.