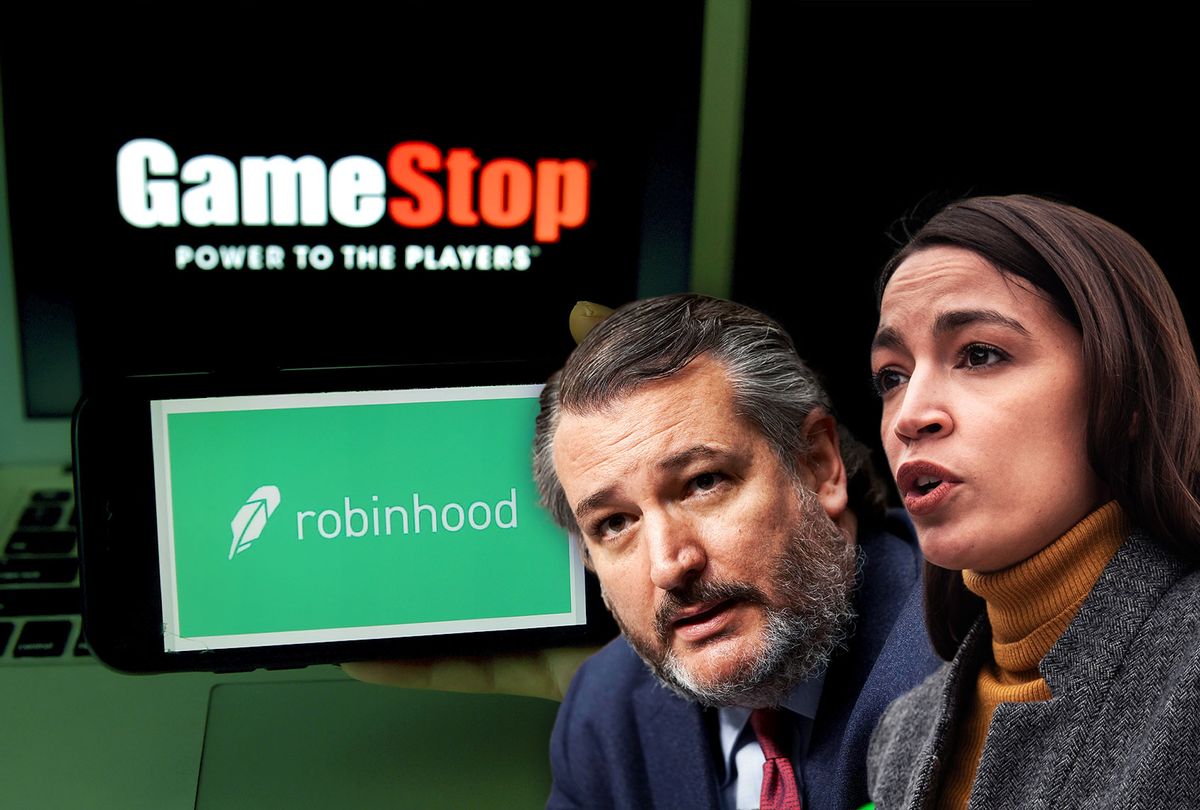 After putting a trading freeze on Gamestop's stock amid the short squeeze suffered by Wall Street hedge funds like Melvin Capital and Maplelane Capital, Robinhood is being raked through the mud by lawmakers across both aisles for bending the knee to Wall Street, according to CNBC.

The restriction comes on the heels of a buying frenzy led by Redditors on the 4.6 million-strong subreddit, "r/WallStreetBets," who rallied against Wall Street's effort to drive the Gamestop's share price down by short selling the stock. These online investors –– many of whom are retail investors using commission-free trading apps like Robinhood –– managed to catapult Gamestop's stock price by 1,500%, confounding market analysts and enraging institutional investors who bet on the company's downfall.

However, on Thursday, in a move that seemed like a far cry from its mission of "financial democratization," Robinhood announced that it would be restricting trading on GameStop, as well as a whole host of other companies whose stock has been shorted and subsequently short squeezed. Robinhood's announcement comes after the Nasdaq's CEO threatened to halt trading on Wednesday in the case of "increased social media chatter."

Immediately following Robinhood's trading freeze, Gamestop's share price plummeted from $469 to $129 in one day, leaving many users feeling betrayed. Robinhood maintained in its press release that it imposed Thursday's restrictions to protect and "help customers stay informed" amid the market volatility. However, the move seemed to do just the opposite by driving Gamestop's stock price down, stripping users of their unrealized gains.

"While retail trading in some cases, like on Robinhood, blocked the purchasing of GameStop," Khanna said, "hedge funds were still allowed to trade the stock."

Khana continued, "Instead of investing in future technologies to help America win the 21st Century, Wall Street poured billions into shorting this stock to crush this company and put workers out of business."

Rep. Alexandria Ocasio-Cortez, D-NY, called for a Congressional hearing to address Robinhood's shady termination of what some have painted as a populist movement that has hit Wall Street where it hurts.

Her swift call for congressional action was echoed by Republican Sen. Ted Cruz, R-Tx., a frequent Twitter troll of the New York congresswoman. Ocasio-Cortez, however, responded to Cruz's post, "You almost had me murdered 3 weeks ago so you can sit this one out."

While Sen. Elizabeth Warren, D-MA, a notorious critic of Wall Street's avarice, wrote on Twitter, "It's long past time for the SEC and other financial regulators to wake up and do their jobs," adding, "With a new administration and Democrats running Congress, I intend to make sure they do."

Promising a hearing, House Financial Services chair Rep. Maxine Waters, D-Calif., said in a statement: "We must deal with the hedge funds whose unethical conduct directly led to the recent market volatility and we must examine the market in general and how it has been manipulated by hedge funds and their financial partners to benefit themselves while others pay the price."

Federal regulators, however, have been less forthcoming about this week's market mania. The Securities and Exchange Commission said on Wednesday that it was "working with our fellow regulators to assess the situation."

Federal Reserve Chair Jerome Powell dismissed claims that the Central Bank is responsible for any asset price anomalies. Powell said in a press conference, "I think the connection between low interest rates and asset values is probably something that's not as tight as people think because a lot of different factors are driving asset prices at any given time."

According to White House Press Secretary Jen Psaki, Biden's economic team is "monitoring" GameStop's stock. She later told reporters that she has "no comment" on the matter. New York Attorney General Letticia James, however, said on Thursday: "We are aware of concerns raised regarding activity on the Robinhood app, including trading related to the GameStop stock. We are reviewing this matter."

While mainstream news outlets and the Robinhood CEO himself have framed the chaos as a "David vs. Goliath" showdown, many industry goliaths such as Mark Cuban, Elon Musk, and Chamath Palihapitiya have curiously taken the side of the WallStreetBets investors –– or "degenerates," as they like to call themselves. Notably, Mark Cuban is a well-known proponent of short selling, casting doubt over the approbation of the group.

It's also unclear just what class of investor would have benefited most from a Reddit-led buy-up.

According to Reuters, BlackRock, one of the world's largest asset firms, may have pulled in $2.4 billion from GameStop's recent trading activity. GameStop's biggest individual shareholder is Donald Foss, the billionaire inventor of subprime auto finance.

With Robinhood's users unable to trade any more shares of GameStop and the high finance establishment consoled, for the time being, it may now lie in large part with the federal government to decide who will gain the upper hand. It's of little surprise, in that case, that some in financial media — incredibly influential amongst regulators and lawmakers alike —have already begun to point to this episode as a reason to pull back on any interventions meant to buoy the larger economy, like another round of coronavirus relief spending or continued lower interest rates.